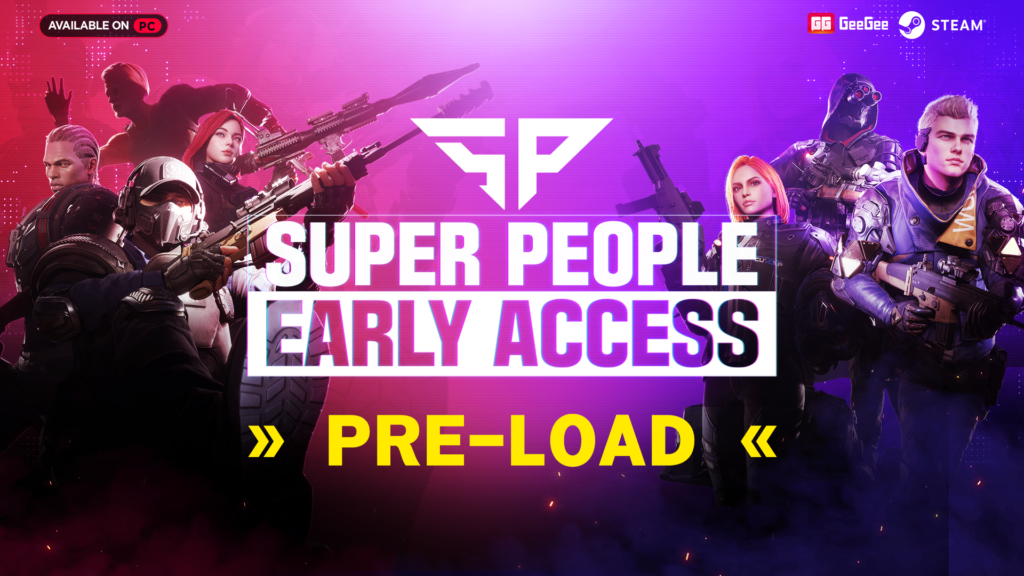 Seoul, South Korea / October 7th, 2022 – Can’t wait to dive into the highly anticipated battle royale SUPER PEOPLE? It was revealed that players can pre-load the game this weekend starting on October 8th at 8PM PT. Players that want to get ready to dive onto the dangerous terrain on Orb Island can head over to Steam to download and get ready for the Early Access launch on October 11th.

SUPER PEOPLE is an action-packed battle royale that just wrapped up its final beta test. Thousands of players from all across the world dove into the game to try out some of the quality of life improvements, changes, new character classes and more. The Wonder People team have used all the feedback from players to prioritize important changes to make SUPER PEOPLE the best it can be.

“The early access pre-load will be available for our super soldiers who’ve been eagerly waiting to play the game since the final beta,” says Director Park. “I encourage everyone to pre-load the early access and hope you enjoyed our Dev Talks Stream where we announced new content for the early access.”

For more information about SUPER PEOPLE’s Early Access Pre-load and Developer livestream, check out the official website at http://geegee.net.