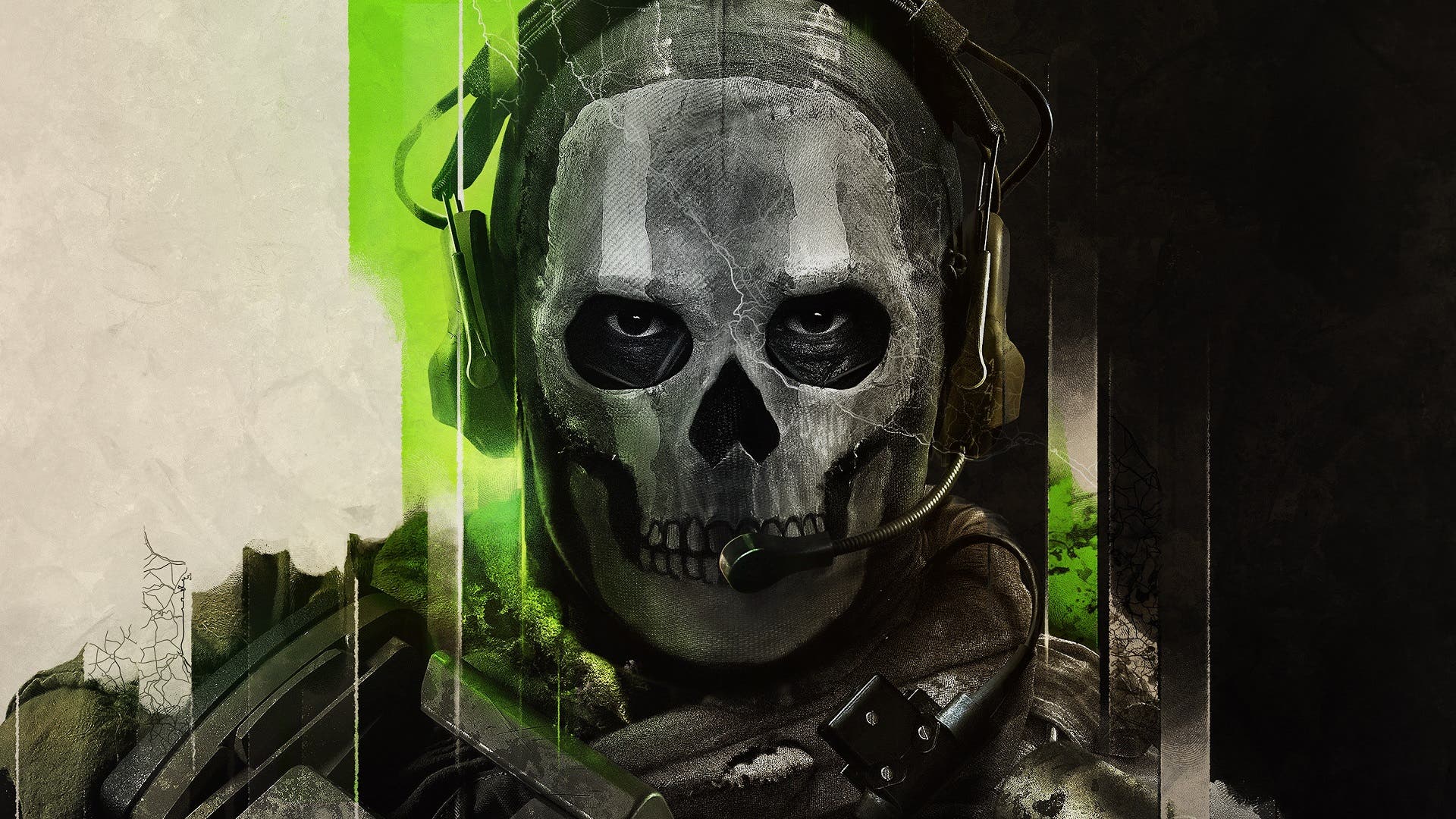 Infinity Ward is able to capture lightning in a bottle once again with Call of Duty: Modern Warfare II. This continuation of the reboot series opting for more grounded stakes, rules, and characterization. The campaign is a modern action movie with all the militaristic schlock and backstabbing. The co-op mode with the auspicious title of Spec Ops picks up where the campaign leaves off for some open-ended missions. Then the multiplayer is where you’ll spend most of your time with a more methodical, slower paced approach. While I find some aspects lacking, the series hasn’t been this good since three years ago. Call of Duty: Modern Warfare II is the best Call of Duty we’ve had in years. 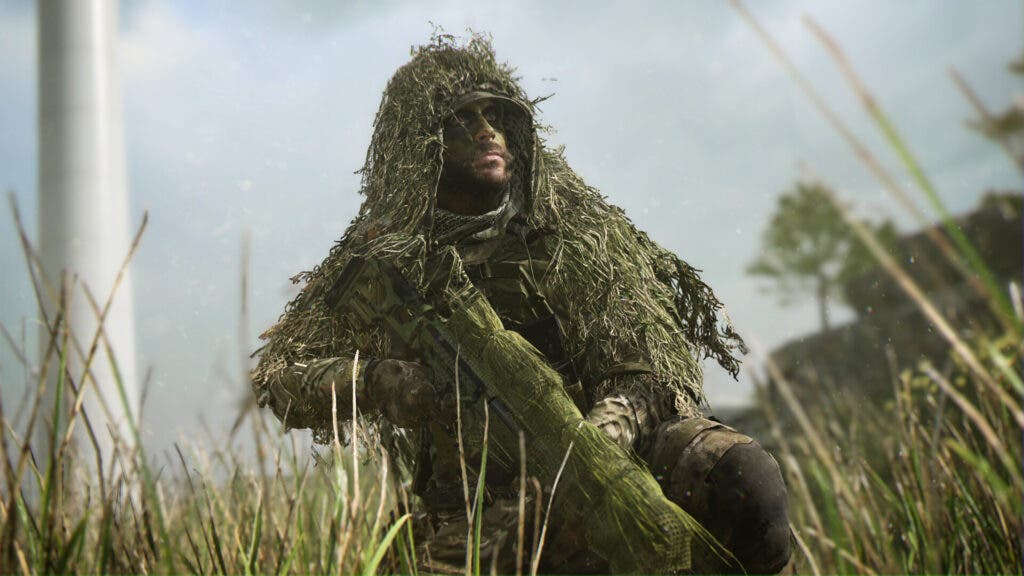 If you understand that 2019’s Call of Duty: Modern Warfare was a prequel, then you can understand why Modern Warfare II feels like a retelling of the events of Call of Duty 4: Modern Warfare from 2007. So the idea that the stage being set makes for Modern Warfare III to be truly something memorable, but I’m getting ahead of myself. Since the conclusion of Modern Warfare, Task Force 141 has been formed under Captain Price with Gaz, Ghost, and “Soap” MacTavish making up the team. They’re called upon in a joint task force with the United States to stop a terrorist named Hassan and any ties they might have. This sets off a chain of events that is familiar territory but told in a new way that is refreshing and fitting.

In the seven to eight hours it takes to complete the game, you’ll be trotting the globe across 17 levels that double down on set piece moments from the Modern Warfare legacy. One of the most talked about missions from Modern Warfare (2019) was the mission where you clear a multi-story house at night and extreme close quarters. Infinity Ward heard that request loud and clear, and so there’s more of them. Though they aren’t done the same way, they’re incredible sequences where your breathing is shallow and hands are clutched as you work room-to-room. A fantastic callback where you’re in the gunner seat of an AC-130 raining shells of various sizes on marked targets. The twist here is that if you fire on something not within parameters, it’s a mission failure. There’s some really great physics and immersion with the “Dark Water” mission. As you work floor-by-floor of a cargo ship to find missing bombs, you’ll contend with containers moving around, shifting cover and safety along with it. You have series staples like death quotes that come from historic figures and sometimes in-game characters. There’s even one point late in the game where it introduces crafting, and it feels organic to the mission and not just some great idea someone had. While the game’s modus operandi will follow three forms: stealth, all-out action, or some sort of vehicle sequence, it’s all engaging from start to finish. 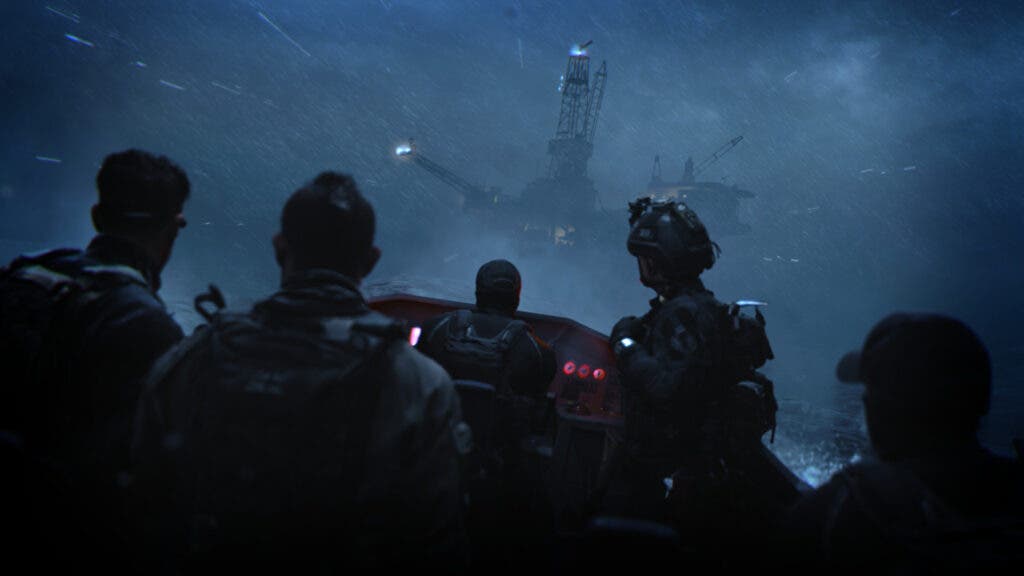 The cutscenes are outstanding, and feel like it’s part of some episodic television series. Glenn Morshower, famous for “24” and “Transformers” actually had a motion capped and voiced role in the original Modern Warfare 2, this time taking on the mantle of General Shepard. Glenn’s just so good at this, it’s never not fun watching him chew up every scene, every chance he gets. The soundtrack gets another special mention, once again composed by Sarah Schachner. It’s another incredible score, offering scale and scope that really captures the essence of the game to be an accompaniment to what’s onscreen instead of taking it over.

Call of Duty: Modern Warfare II is full of cinematic action with the likes of Sicario and other modern militaristic fish-out-of-water scenarios. I found this year’s game to not be as emotional as its predecessor, for better or worse. There’s still some great character moments. Like when Ghost keeps talking to you to over the radio to keep you sane as you’re evading armored enemies, completely unarmed and alone. On that note, the armored enemies feels like it’s a training ground for the next version of Warzone. As you play the game, there are rewards given just for completing each mission. This gives more incentive to play it over the usual reasons, and it’s very much worth it for all the reasons above.

The lauded Spec Ops mode returns, with a paltry three missions, but thankfully a very good, challenging set to take part in with a friend. These three missions are very open-ended and can be tackled in a variety of ways. At the end of each of them, you’re then graded out of three stars for your performance in them. So there’s more than enough reason to keep revisiting until you’ve attained all three stars on all the missions. This mode from a continuity standpoint does take place after the events of the campaign, and is definitely the recommendation when approaching it. While I enjoyed them, this feels like there’s more to come, so if you’re big into co-op, and liked what the original offered, you’ll have to wait for more missions to arrive. 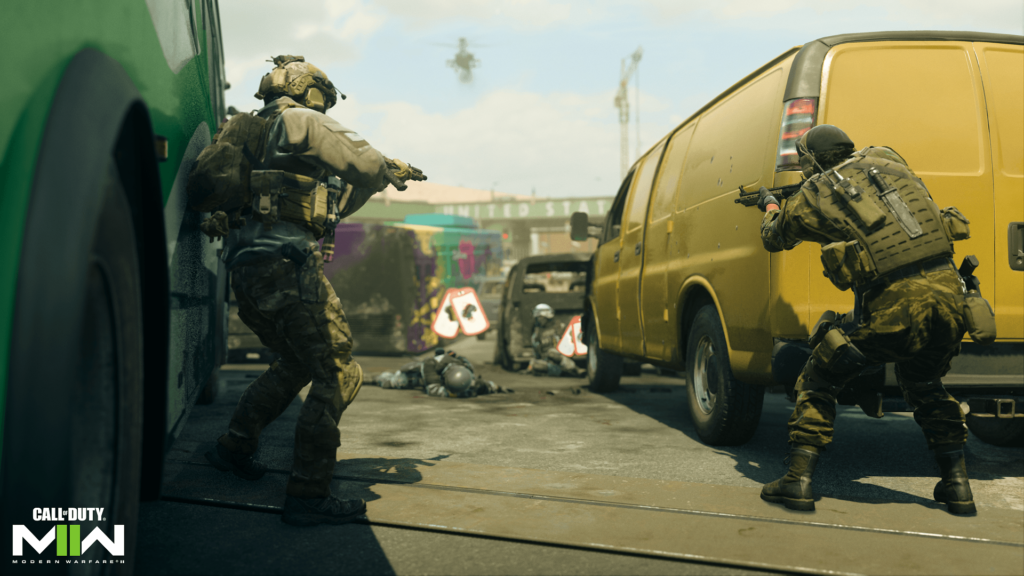 It’s a solid strategy in releasing the game with three modes, and then offering two additional modes later on. This does allow for everyone to get the chance to level up your character and guns before Warzone 2 comes out. With 55 levels to attain, and lots of guns to unlock under various requirements, there’s lots to do. The multiplayer suite features all the modes you’d expect: Team Deathmatch, Domination, Search & Destroy, and the like. It features three new modes, and third-person modes return to the game – which, is apparently a thing people are excited about. I’m not one of them, while I appreciate the over-the-should tactical camera, it was more bothersome than anything else. Playing across the ten available 6 versus 6 maps, they each offer something different, with ‘Crown Raceway not being the best but the most unique. Whereas ’Hotel’ is one of the best maps in the game, there’s so much to do and see you’ll never get bored.

The first of the two modes is Prisoner Rescue, an attack and defend mode where the targets are movable by the attacking team. It’s easy to be knocked out, but teammates can revive you if you’re quick enough. Then there’s Knock Out, which is similar to gunfight but there’s a package to hold for the most time to determine a winner, but if you’re killed, that’s your one shot. Lastly you’ve got Invasion, a massive 32 versus 32 playground. It’s essentially a point-based, Big Team Deathmatch mode. It’s rather aimless, but a great way to level up guns and complete your daily objectives. Over time, crates will drop that give free killstreaks, and collecting them can really turn the tide of any given match. The five Ground War and Invasion maps offer similar, yet distinct differences that will teach players the upcoming Warzone 2 map: Al Mazrah. This year we see changes to how perks are utilized, which is sure to be divisive for many die-hards. Aside from having to unlock them in the progression, selecting perks do not make them active as soon as you’re in the match. Now you slowly gain access to all your perks as the match progresses, and can also customize the order and way they become available. It’s an interesting if not confusing system that does at least do something different to see if it sticks. There are some perks that have seen some behavioral changes, most notably the Ghost perk. It now shows players on the minimap if they fire their weapon, but is done on a cooldown and only if a UAV is in the air. It’s an interesting decision, but it aims to even the odds for all players, though I’m curious if this’ll change.

Gunsmith 2.0 offers a lot more customization of weapons than anything in the series before. It returns to the “pick five” system instead of the awesome but entirely too much “pick ten” we saw with last year’s Call of Duty: Vanguard. It would seem that this year’s mantra is that the more attachments you equip, the worse you weapon is to use. Less is more for multiplayer, if you want the most mobility and least time to aim down sights. While it is antithetical to their purpose in the past, unlocking attachments seems to be a pointless endeavor as almost all of them will make things worse. Infinity Ward seemed to have a larger focus on avoiding the “zero recoil” guns of the past few games that have made the pace of the game and guns go at ludicrous speeds. I appreciate slowing things down and introducing more negatives to the attachments. I’m curious if this mantra will hold through the course of the game, and the ones that follow. 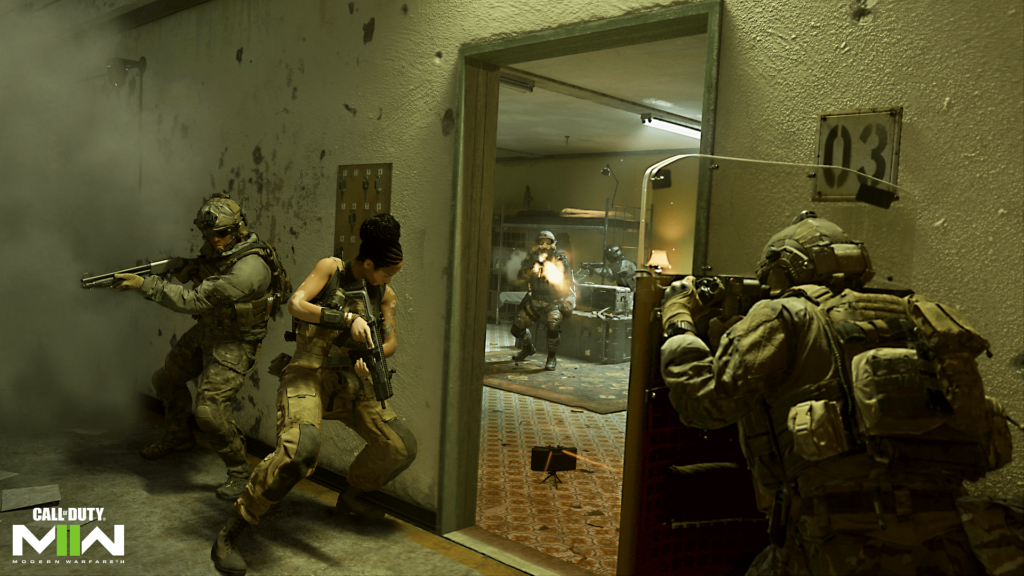 There’s no RTX in the form of ray tracing with this entry, but there is DLSS, and that’s where it counts. And it continues to impress, allowing me to run the game with everything maxed, and still get an average of 120fps at all times. For as good as this game is, I can’t ignore how many times this game crashed to desktop, requiring me to verify all the files and it needing to re-download the delta files that seemingly disappeared from my SSD. This is an all-too-common problem you’ll find others having on Twitter or Reddit, and is yet to be resolved at the time of this writing. When it’s all working well, it’s a stunning and incredibly performant game.

Call of Duty: Modern Warfare II enters a new age of tactical, punchy shooting. The Modern Warfare II campaign is another tour de force, co-op is limited but worthwhile, and the multiplayer may be missing some core features and longevity unlocks, it still gets its hooks in you. With the rumored DMZ and Warzone 2 modes on the horizon, it feels like the best is yet to come for the game as a whole. As it stands, Call of Duty: Modern Warfare II is a solid spectacle that’s less groundbreaking than its predecessor, but is Infinity Ward shooting with pinpoint accuracy.