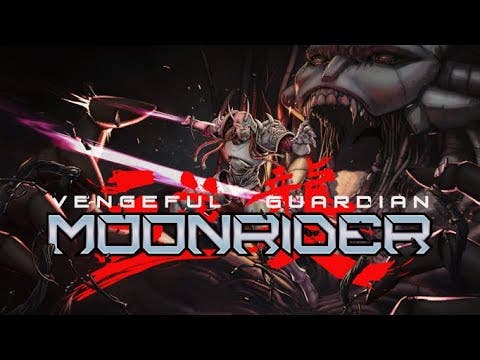 Vengeful Guardian: Moonrider’s release date dropped from the shadows alongside a new gameplay trailer showcasing the lethal talents of a cyborg ninja named Moonrider. This state-of-the-art warrior has turned on its creators while defying its original purpose in a relentless quest of revenge. Watch Moonrider cut through its darkly powerful opposition with a futuristic arsenal: https://www.youtube.com/watch?v=saBEv9ymQbM

“From using traditional audio recording techniques from the 90’s to limited color palettes that’d feel right at home on a Sega Genesis, we wanted every aspect of Vengeful Guardian: Moonrider to faithfully pay homage to the formative era of games which ultimately inspired us to create our own,” said Danilo Dias, co-founder of JoyMasher and art director on Vengeful Guardian: Moonrider. “The classic simplicity of action platformers continues to influence game design to this day, and Vengeful Guardian: Moonrider is a tribute to where some of the best retro experiences originate from as well and our interpretation of how they can still evolve going forward.”