GamesRepublic is a digital storefront that carries all sorts of PC games, and they may include a DRM-free version of the game, Uplay key, Steam key, or GOG keys. The great thing is, there’s also a promotion or sale going on for nearly every item in the store. It’s something worth exploring to find great deals on games you may not find elsewhere. 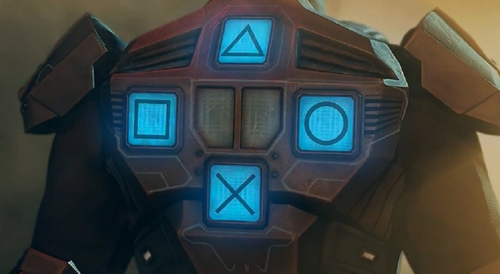 11 bit studios is pleased to announce its award-winning tower offense game Anomaly Warzone Earth is now available on Playstation®Network for all players in North America. At a price of $9.99, Anomaly arrives with the same great gameplay that won accolades on the mobile and PC platforms as well as a PlayStation®3-exclusive local cooperative multiplayer mode.

Anomaly Warzone Earth is an action-strategy game that inverts the traditional tower defense formula. Players take command of Earth’s military forces and battle an alien invasion that threatens the major cities of the world. The invaders have built huge turrets that destroy everything in their path and the player must take to the streets, leading an armored squad through cities like Baghdad and Tokyo to crush the alien forces.

What good is that new iPad if games aren’t optimized for it? The proudly Polish professionals at 11 bit studios think the answer to that question is, “not very good at all,” and  have jumped into action. The team behind one of the best-reviewed iOS games available has gone and updated Anomaly Warzone Earth to include support for stunning Retina graphics, so you can start blasting the crap out of alien towers in unprecedented detail.

To celebrate this wondrous occasion, the game is available for half price on the App Store — that’s $1.99 for the HD (universal) version and $0.99 for the standard one.

Anomaly Warzone Earth is Out Now and You Should Buy It

11 bit studios’ award-winning Anomaly Warzone Earth blasted its way to Xbox LIVE  Arcade on Friday,bringing the critically acclaimed blend of action and strategy to a brand new audience. At just 800 Microsoft Points, you’d pretty much be crazy to pass up this intensely satisfying blend of action and strategy as it debuts on the Xbox 360 video game and entertainment system from Microsoft. The Xbox Live Arcade release adds exclusive content, sending the player on six brand-new Tactical Trials to test puzzle-solving skills in the Anomaly world.

Releasing a game on a Friday is a risky endeavor. Ideally you’ll want to buy the game Friday night and sit down with it over the weekend. Unfortunately this fantastic game has been overlooked due to the cluttered mess that is the Xbox 360 UI. So I urge you all to read our review. Then go download the trial if you need further convincing. 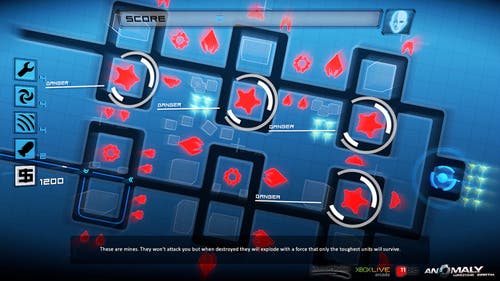 One of my favorite downloadables from last year came out onto Steam and then onto iOS (iPhone/iPad). It was named “tower offense”, a new genre of sorts. What if you were the one attacking the defenses, but were on the good side? A mysterious alien force that has crash landed on Earth in the towns of Baghdad and Tokyo. From there they have setup camp and built up defenses in these cities, shrouded by a shield protecting…the Anomaly.

Anomaly Warzone Earth is set to hit XBLA this Friday, April 6, alongside our review for just 800 MSP (or $10), and those wonderful Polandese at 11 bit studios have put together a new video to walk you through the Xbox-exclusive features.

Tune in Friday morning for our review of the game. If you want more information, read our PC review of Anomaly Warzone Earth

Perhaps even more awesome is the fact that one guy on the 11 bit studios team took just two weeks to port the game to the new platform, from iOS. The team put together a lighthearted step-by-step video of the process:

In Spring 2012, 11 bit studios will bring their award-winning Anomaly Warzone Earth to Xbox 360 on Xbox LIVE Arcade, with exclusive XBLA content – all new Tactical Trials levels that will test your puzzle-solving skills in the Anomaly world.

The ultimate Tower Offense strategy game tasks you with saving near-future Earth from an alien onslaught. The unwelcome invaders have captured the world’s major cities, building huge turrets that destroy everything in their path. It’s up to you to lead an armored squad through the streets of cities like Baghdad and Tokyo. By putting you on the attack, Anomaly Warzone Earth turns tower defense on its head and presents an extraordinary mixture of action and real-time strategy perfectly suited to the Xbox 360.

Earlier this year, Anomaly Warzone Earth was released for PC, Mac and iOS to rave reviews (including ours), with the latter earning a Metacritic score of 94! Reviewers and players alike hailed Anomaly’s slick appearance, intuitive interface and original approach to a popular strategy game genre. Now Xbox gamers will have the chance to experience what IGN called “a perfect challenge for any strategist” and what Destructoid considers “a fresh and exhilaratingly fun strategy experience that only few titles can match.”

I can easily say that Anomaly is the most refreshing strategy game I’ve played in about 5 years. Whoa there, I’m using my ending line first? Yes, because if you see the words “strategy” and “tower defense”, most people start deleting the website from their favorites. Anomaly Warzone Earth flips the script on the tower defense genre by creating tower offense.