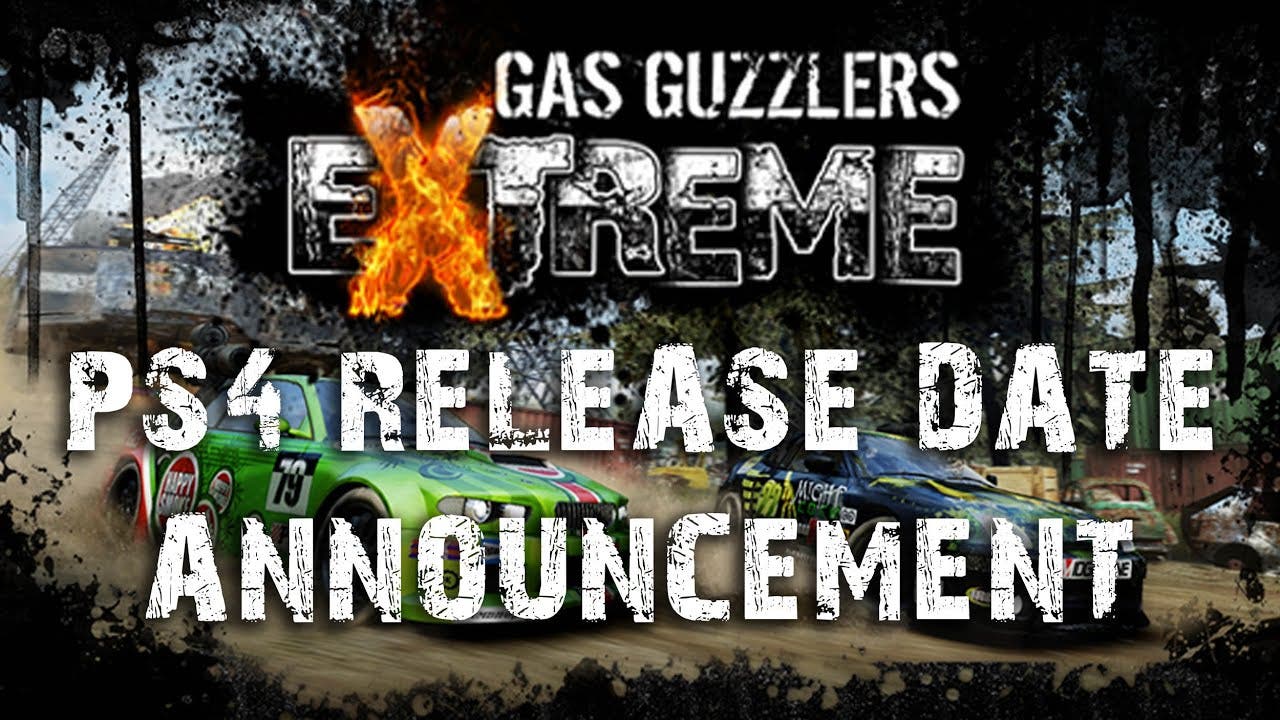 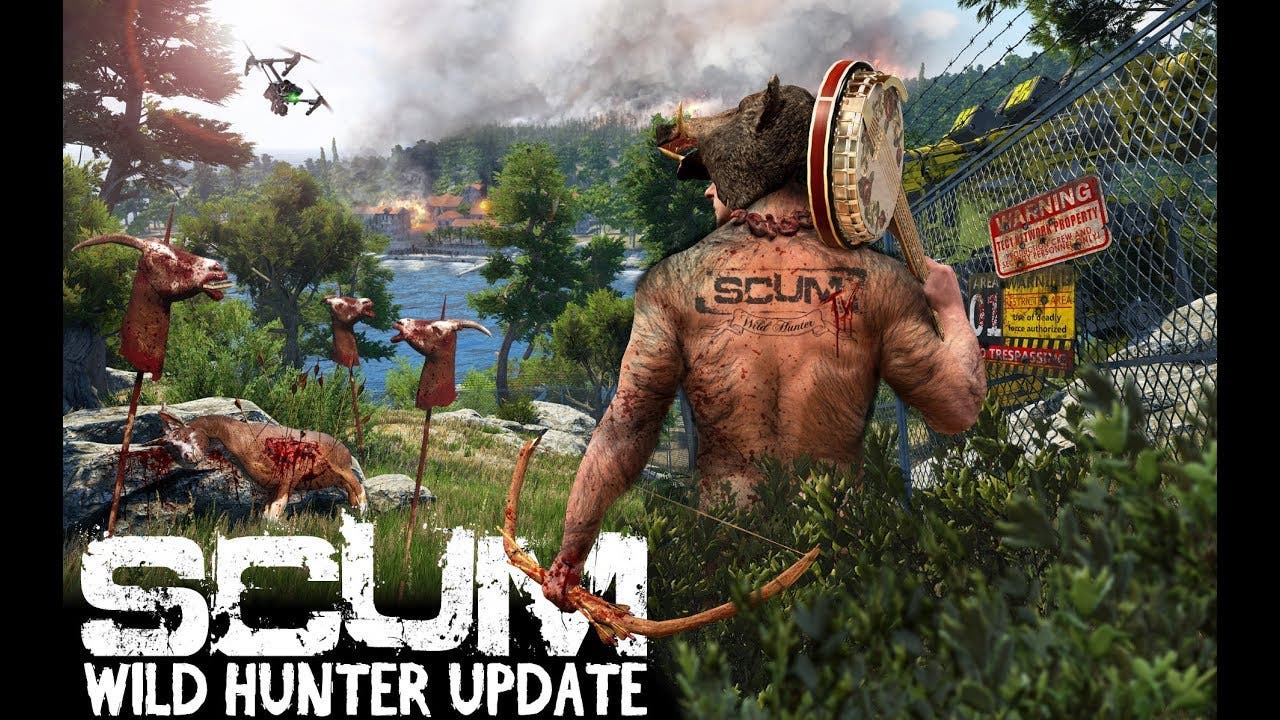 SCUM receives a major update titled “Wild Hunter”, which introduces hunting, the ability to go nude, and even adjust dong size to match

Croteam and Gamepires collaborate on SCUM, a new type of open-world survival game

In cooperation with Croteam (Serious Sam series, The Talos Principle) and publisher Devolver Digital have announced SCUM, an intriguing and complex open world survival game, coming to PC via Early Access in 2017. You think LeMans is tough? Try racing with some maniac drilling you with a gatling gun. You think Monaco has a tight course? Try squeezing through traffic where everyone around you can explode at any minute. Other racing games might test how much you can nerd out over a turning radius. Now play one that tests how much you know about staying alive.

Strap on your safety belt and charge your turbodrive, because the other guys on this track have murder on their minds. But that’s the name of the game in “Gas Guzzlers: Combat Carnage”.

“Gas Guzzlers: Combat Carnage” is a new PC game from Gamepires, available today from EA Origin, Gamefly, Impulse and Cenega for 31.99 $/ 23.99 €/ 19.99 £. It is a game that hearkens back to classic combat racing gameplay, built with an entirely original engine. Race along over 150 miles of scenic roadway as you compete for honor, prizes and survival.

Check out the release trailer to see what you are missing:

Gas Guzzlers: Combat Carnage is a circuit-based racing game with weapons. Yes, it’s like Mario Kart except replace the Karts with real-life inspired cars (not licensed) and replace the cutesy turtle shells for mounted rocket launchers, machine guns, and shotguns and you get Gas Guzzlers. This will be the first game from the Croatian studio, Gamepires, and is shaping up to be something great.

As you’ll see in videos and screenshots. The game looks phenominal. It’s fast and fluid, running at 60fps if your computer can run it. The game runs on an in-house engine known as the Prana Engine. It produces easily one of the best looking games I’ve seen this year. Car models are highly detailed, explosions are huge and weapon effects are particle perfection. For the first few laps I  found myself slowing down and admiring the environment because the lighting and HDR is just so well done and gorgeous looking.

Now one of the things I didn’t like was your driver’s voice over. If I had to compare his voice to anything, it would be as if Serious Sam was driving – it’s a really deep and aggressive voice that spits one liners based on whether he crashes into the environment, other racers, or gets a kill. It’s a bit on the obnoxious side that I could do without, but that’s what voice sliders are for, right? The pleasing side to the audio lies in the soundtrack. It has a rock soundtrack, that is instrumental and of high energy and sounds pretty good and definitely fits the game. Had it been dubstep, would have felt out of place.

In the beta build I played, there were only two events and two cars to choose from. Of the two cars I had two options, for the BMW-inspired car known as the “Bummer F3 JTR” I could choose between rocket launchers or machine guns. For the VW Beetle-inspired “FAT Ficho” could choose between machine guns or a shotgun. Each weapon has dual firing modes, now that doesn’t mean an alternate firing mode that does something special. It just means that I can shoot forward or backward, but never at the same time.

It’s a neat mechanic that if you’re getting shot from behind you don’t have to do a 180° to get the kill. It’s tense to be trying to take out the guy in front of you while being shot at from behind. But alternating your fire is a lot of fun. It requires a lot of firepower to take down an enemy, which is good because it feels like you’re working towards something and can completely forget the racing aspect. You could legitamately race the track to win – but what’s the point if you don’t put a few bullets or rockets into someone’s trunk? It’s rewarding to finally get that kill just before you cross the finish line to secure 1st place.

There are weapon pick-ups on the track, but you don’t pick-up new weapon types. You just grab ammo for the weapons you choose before you start the race. You can snag special abilities and weapons such as oil slicks, mines, or nitro boost. There’s also other roadside bonuses such as money and repair wrenches to reverse damage that’s been done to your car so you don’t die before you at least finish.

For games like these I’m always inclined to play with a keyboard, which worked out very well and the keys predetermined worked well. Though the game supports gamepads and steering wheels. I did have to rebind the gamepad default controls to work for my Xbox 360 Controller, it doesn’t seem to work as you’d expect by switching over to the gamepad controls. It’s really a minor annoyance.

I really liked this game. There are similar games out there, sure – but nothing that looks this good or on PC for that matter. I really like the multitasking of having to try to take down an enemy all while maintain and gain positions in the actual race. It’s fun, chaotic, and worth your time. Keep an eye on this game, no release date has been announced yet.

At the time I was able to Preview this, the beta was not available. But that is no longer, get it for yourself here: http://www.fileplanet.com/224884/220000/fileinfo/Gas-Guzzlers:-Combat-Carnage-Beta-Client