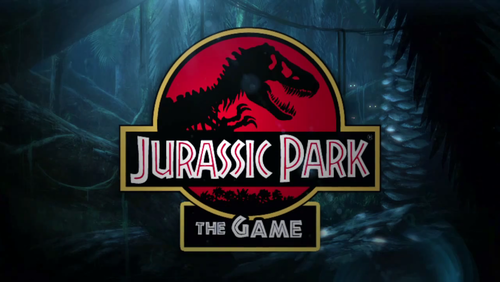 This game is not a sequel or a prequel to the 1993 movie, what Telltale has done is tell a story that coincides with the events the movie.  You follow the tale of the Barbosol can of Dino embryos dropped by Nedry, the fat guy who shut down the power in the first place.  Along the way you meet Nima Cruz who was hired to retrieve the can if Nedry didn’t make it, chief veterinarian Dr. Gerry Harding and his daughter Jess who become trapped thanks to the power outtage, and a few others as they attempt to escape the island during the catastrophe of the first movie. The game starts off giving you a taste of exactly what you’re in for, quick time events (QTE).  As Nima is running through the jungle, you’re pressing buttons that would relate to what is happening on screen.  If she needs to duck a branch, you press the joystick down at the right time.  If she needs to look left or right you move the joystick in either direction then press whatever button the game is prompting you for.  That’s the whole game in a nutshell, just follow along with the story and pay attention to those prompts.

The universal opinion on this game says it’s no good, but I say neigh as it’s a pretty engaging game.  Even though it’s only QTE, I still enjoyed the gameplay but most of all enjoyed the story. I never knew what would happen next.  What I didn’t like was how quick some of the prompts disappeared. I would go to press or hold the button and would miss the timing by a fraction of a second but that’s the nature of QTE games. I just felt that they just needed to give you a hair more time to see what is on screen.  When you did miss a prompt, sometimes if would just lower your score from gold to silver and the character would move on or you would get taken down by a hungry dino in gruesome fashion.  Because things can happen so quick, a few of the prompts requires you to have failed once and memorize what you’re supposed to press for next time and I will admit, it was entertaining to see the death scenes but after seeing them for the sixth or seventh time, you’ll want it to be over.

The facial animation were stiff and with a game that is heavily focused on story, it broke the emersion in many scenes.  The human body movements were very fluid and in action scenes with the dinosaurs, they were also well done. I did have an issue with the sound though and I’m unaware if it was a game issue or an issue with my disc.  Sometimes during conversations a character would repeat a word twice before finishing their sentence.  It happened enough that I started to think that it was a game related issue.

I know it’ll be a small group but if you like Jurassic Park AND enjoy the QTE style game, this is actually really fun even with it’s flaws. The story gripped me, the puzzles weren’t too difficult, and the length was just right (I clocked in about 7 hours). Others, stay far away because this game epitomizes the spirit of QTE to it’s fullest.