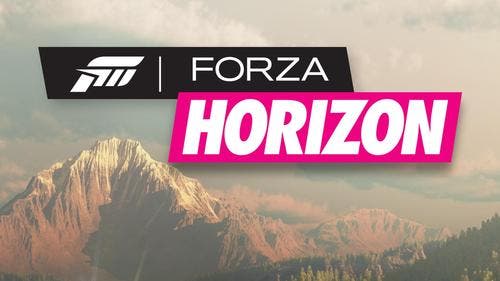 Forza Horizon unbuckles its seatbelt for a new racing experience that allows you to free roam hundreds of miles of Colorado road and explore the personality that the Motorsport series has been lacking in a focus more on car culture. A feverish introduction to what’s to come later in the game attracts anyone who can make it to the Horizon Festival, will grab one of 250 wristbands in order to compete. You jump into a Viper SRT10 and go full bore towards the event. You’re sadly ripped from the fast car and placed in a low-tier car. This ruse was well done, but you had to see it coming. Now you make it to the festival by the skin of your teeth at 250th position. From there it’s standard racing game career as you race, earn credits, and gain popularity to unlock new wristbands to compete in higher events. Each tier has a “boss” character that you can beat to win their car, though no character is fully developed and is overly stereotypical and utterly forgettable. They talk far too often for their own good in each race they participate in.

Soon after your first race, you’re left to roam the streets of Colorado at your leisure or start racing. You can set GPS markers from the map or use Kinect to issue voice commands, that’s all the Kinect is used for so no head tracking this time. You’ll experience a full day to night cycle. Coming across wooden banners that read “UPGRADES” grant a 1% increase to a total of 100% upgrades towards car parts. This makes the hunt for collectibles entirely worth it if you plan to take every car you own and invest (or not invest if you get all 100) in upgrading them to their full potential.

Rare cars come in the form of Barn Finds. Occasionally, you’ll be told over the radio that an old car has been discovered in an area and you must investigate it. A circle will encompass the area where it can be found, and it’s up to you to pinpoint it’s location. Each barn looks the same, so once you find one – you know how to find them all. Once found, you’ll take it back to the Horizon garage where your mechanic buddy will fix it up. It’s a pretty sweet deal and only requires a mild amount of scavenging to find and 8 of the 9 have been worth it.

Probably the biggest question to answer is how this game feels in comparison to the Forza Motorsport series. And really, it’s largely the same. Each car feels different in weight, grip, and power. The control is a bit more loose over Motorsport. Removed from Horizon is mechanical damage, cosmetic damage still plays a part but since it doesn’t affect your winnings percentage – it is best to leave it off. Car crashes behave like opposite ends of a magnet and as soon as you make contact, you repel in opposite directions and maintain momentum. There’s a smaller learning curve when driving a vehicle as the game slowly progresses you into faster vehicles. You’ll find that you still have the option to play with automatic, manual, and manual with clutch controls, set steering assists (default, assisted, or simulation), and difficulty just as you could in Forza Motorsport 4.

This game would not be called Forza if it didn’t feature full car customization such as visual and parts. Largely everything is the same here that was seen in last year’s Forza. Auto Upgrade allows you to tell the game to automatically fit your car with the best parts to compete at whatever ranking your designate. You can do this via Custom Upgrade and pick the parts yourself. You can also pick new rims and change body parts if there’s a kit for it. Designing the look of your car is more important here as you’ll be driving around wanting to show it off even more. You can import your Forza 4 vinyls and designs as you could from Forza Motorsport 3 into 4. So if you’ve had a design/vinyl from 3 it’ll make it all the way to Horizon to plaster all over your cars or sell to the storefront to make wads of cash.

Race replays and photos are back, allowing you to share your moments with the Forza community or even YouTube as your videos and photos can be downloaded from the website and posted anywhere you please. Photos even have a 8.3 megapixel mode which will take a highly detailed photo of your car for desktop wallpaper even.

There are 125 cars to choose from in Forza Horizon, but it is trimmed down from the Motorsport series that featured over 400. There’s a DLC campaign that will increase the number of cars. While there’s no shortage – you do see cars in the game you can’t buy that are clearly DLC and is quite disappointing.

Going from Singleplayer to Multiplayer and vice-versa are two separate modes. There’s no easy way to switch to online and bring in friends to free roam. It’s really unfortunate, but when games like Test Drive Unlimited had issues in having a unified system, it became more of a pain than it was worth. Online modes from past games return such as Cat and Mouse and Infection. Traditional races can of course be had in circuit or sprint courses. Now of course you can do free roam with friends and enjoy the landscape, pose your car for photos, and impromptu drag races.

Horizon’s soundtrack is broken up into three radio stations: Horizon Rocks, Horizon Pulse, and Horizon Bass Arena. I actually found the Bass Arena to be the most enjoyable station that fit with the mood and atmosphere of the game which plays dubstep, house, and electro. Rocks comes in with indie rock bands and was a bit underwhelming at what I would consider a Rock station to be about. Pulse is a bit more chill compared to the rest of the music, and are good for roaming around with. But of course, if none of it appeals to you – it can be turned off entirely.

The game is gorgeous, running at full frame with no slowdown. The sense of speed feels appropriate. Cars have impeccable detail and seeing active aero on cars pop-up spoilers as you accelerate and decelerate is great. Cockpit view is greatly detailed and the shifting times of day makes for a gorgeous view anytime you’re driving. At night, the checkpoints that appear as beams of light look wonderful. These fantastically unrealistic checkpoint gates of light not in the visible spectrum during daylight somehow feel less so. It’s a game contrivance to fit with the theme, but doesn’t make a whole lot of sense to me. Perhaps it should be smoke during the day, instead. That’ll be the least of your worries as you are getting blinded by the sun at sunset or staring at the moon as you’re driving around at night crashing into things. It is beautiful.

It is without a doubt the most accessible Forza game to date, perhaps moreso than Forza Motorsport 4. They even share many similarities with assists and difficulty options. But with the ability to free roam, hunt down collectibles, or take your game online and cruise around with friends without a ticking clock makes Horizon a winner and worth your money. It isn’t without its foibles in a trimmed car list and forgettable story and character interactions, though. Forza Horizon puts car culture first and accentuates it with wonderful passion and thunderous bass.