Democracy 3 places you into political power with carte blanche to make decisions without feedback or concern from Congress. This is a very robust political simulator that runs unopposed by so many other games in the genre. The game lacks a personality that would otherwise elevate the game further into being a very deep simulation of being a leader of a country. 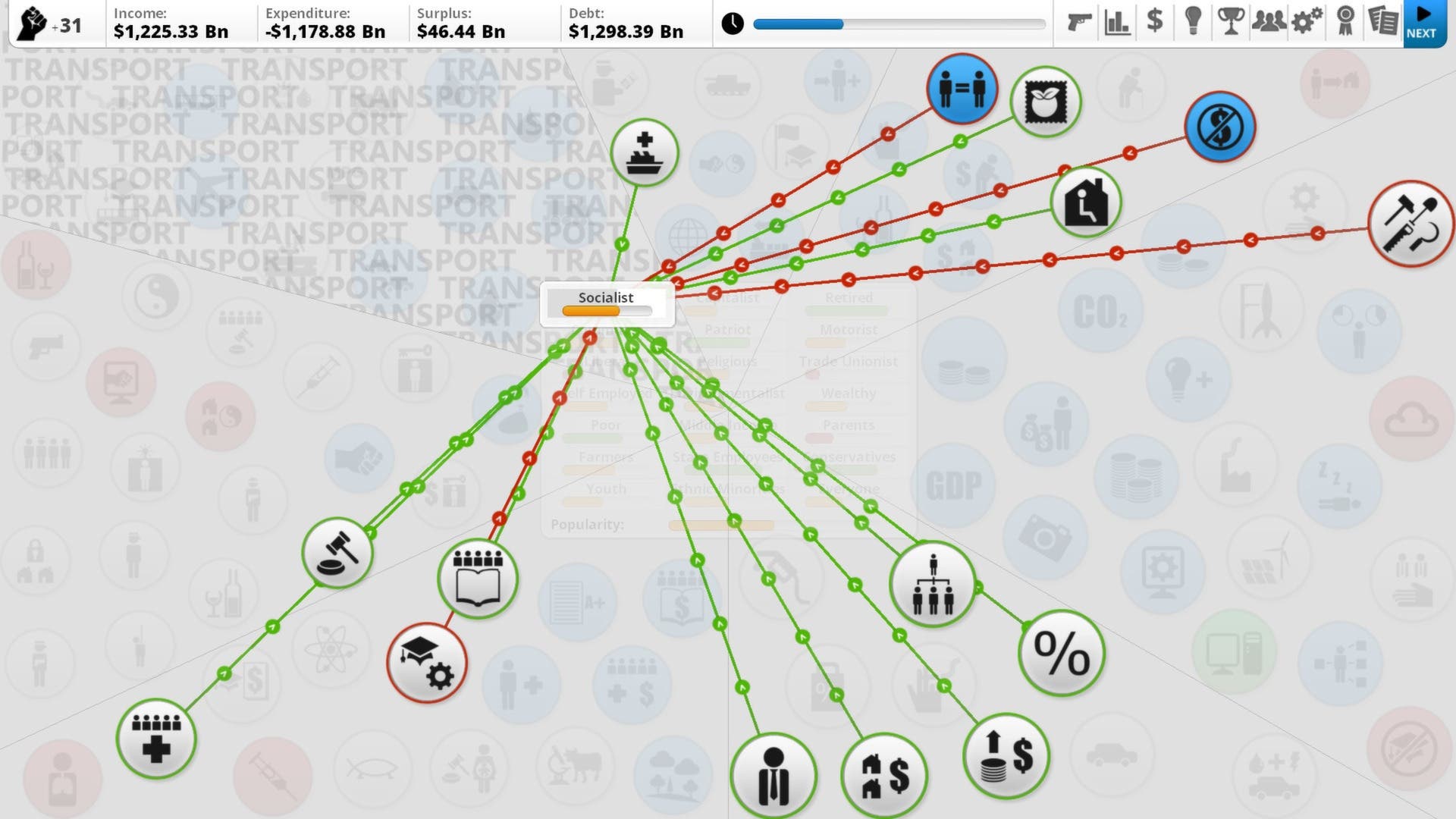 Who will you be? Choose from any of the five available countries: US, UK, Australia, Canada, France, and Germany. Once chosen, you have won your first election and are thrust into power with whatever problems and crises that the nation came with at the time. Which is very apropos of what it’s like, to be voted into power of country already being governed for so long.

Democracy 3‘s seemingly overwhelming main screen is a bunch of bubbles. What the hell do you even do with that? Well, you click them, or you hover over them. This is quite possibly the most genius interface, UI, and eye-pleasing menu / main screen to a game ever. All of the information you need and will need is up-front. Everything you click on is a trove of information to be gathered and digested by you to be informed on your next big decision. You’ll be able to see how much you’re spending, where problems started, and why. 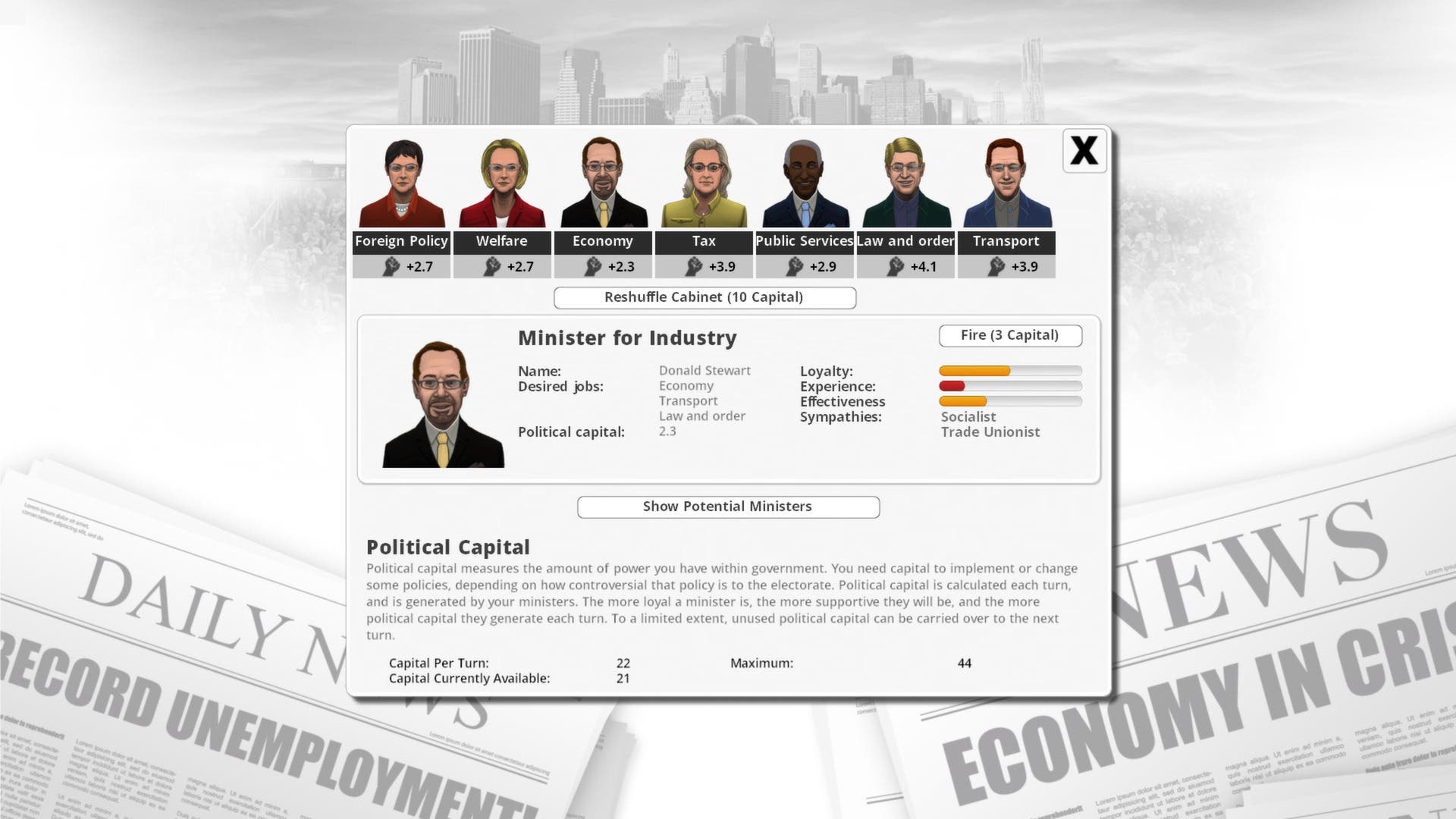 What powers your decisions is Political Capital. It is used to enforce these changes. A pool is given every turn based on your cabinet members of their experience and loyalty towards you. This total is your political capitol, the game’s currency in spending for adjusting policies and introducing new ones. There’s a cost to it all. How you spend it is up to you, and whether it will pay off or not is a gamble.

You’ll often have to make adjustments to gain loyalty and support from different groups. What’s neat, is that people can belong to more than one group. So it’s not as easy as it all seems. To adjust existing policies, find the appropriate item to take action on and adjust the slider, then commit your changes. Want to introduce a policy? Pick it from the list available based on political capital, and institute your ideals to the nation. After you click to end your turn, you will see the product or demise after three months time has passed. And more than likely, new adjustments have been made. Luckily, the game provides in-depth analysis in line or bar graphs that can tell you exactly why something isn’t working and provide insight as to what you can do to fix it.

Re-elections happen based on the settings you give them, but are far too easy to participate in and win. With each turn, there is a report that tells you your likelihood of being re-elected. Once it is election time, it lacks serious depth. There are no campaigns to take part of, no debates, or any stance to take on any issues and things just happen. You press a button and watch the numbers come in and hope that you win, and you likely will unless you’ve done everything you can not to.

Playing Democracy 3 is the equivalent to spinning plates. You can please one group and have the plate spinning, but another group will lose interest and no longer favor you, or the plate will stop spinning. This goes on and on. 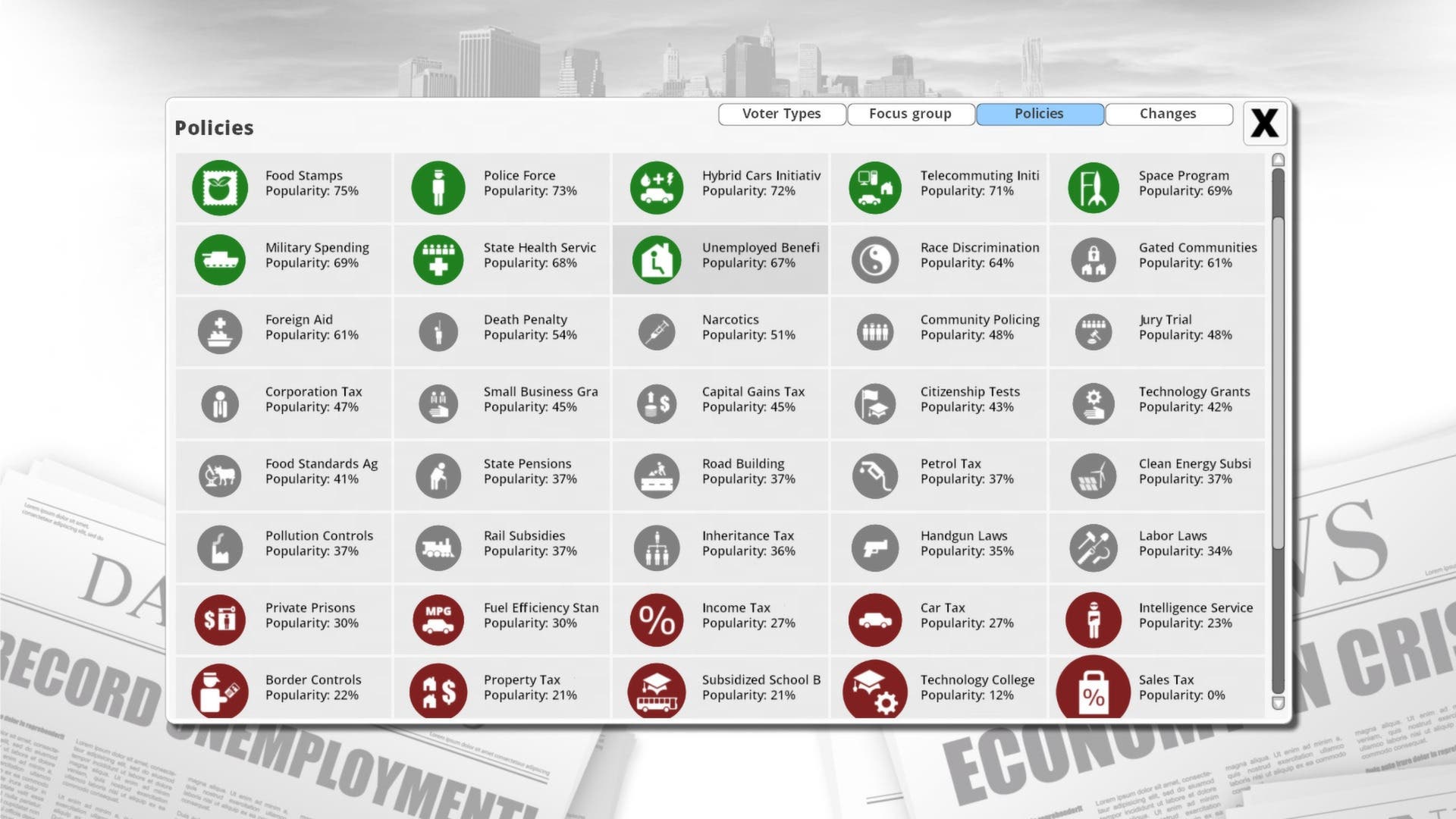 Perfect worlds do not exist, there cannot be a utopia. In all the times I tried, I ended up dead by assassination by one group or the other. Despite having a slider for difficulty,  it doesn’t really exist and most if not all decisions are met with no opposition or concern, and you’re free to do as you please. 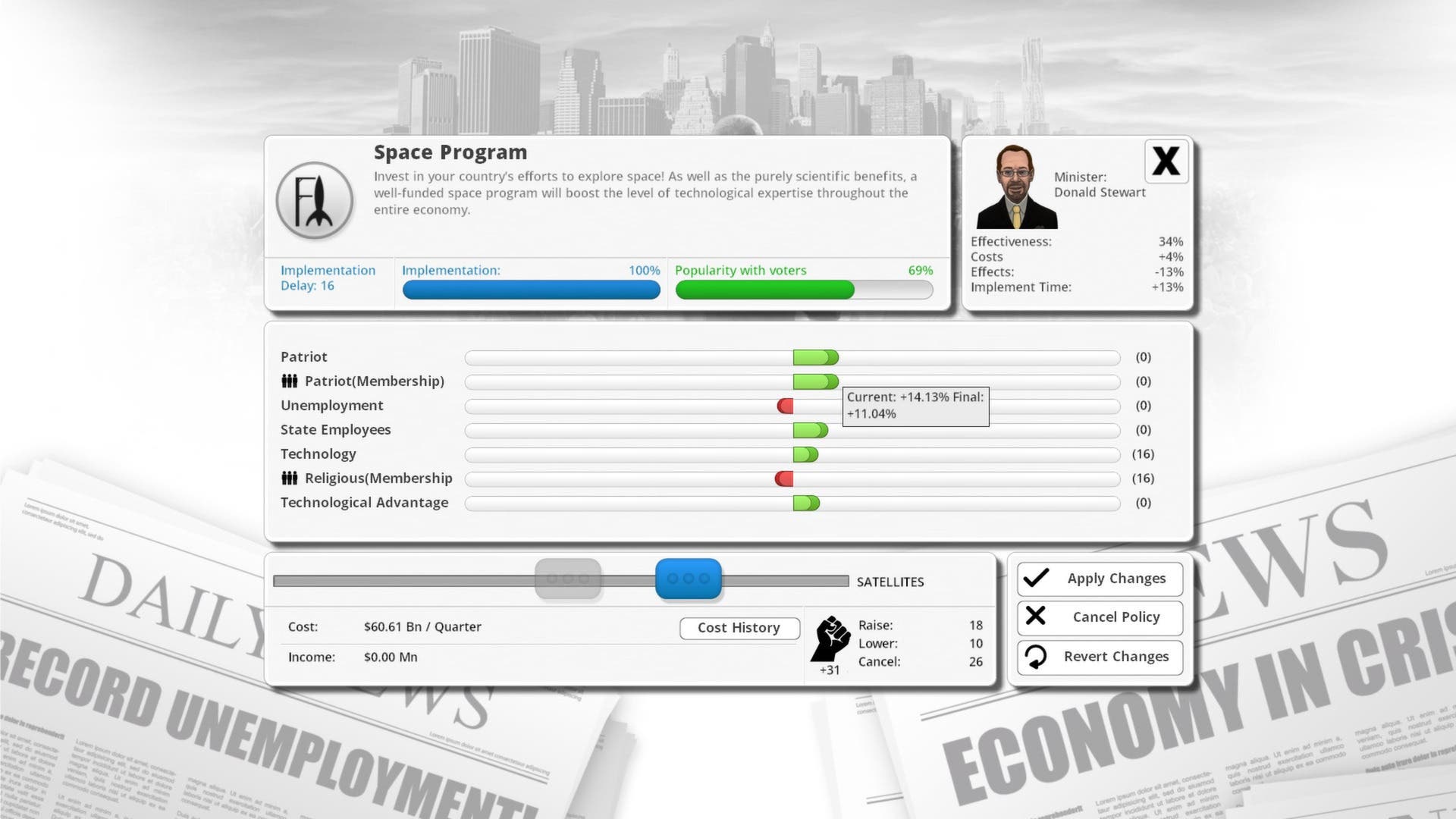 It’s hard to make the right decision, even ones you may not agree with. It doesn’t feel like a political simulator, it feels more like people pleasing. But perhaps that’s the more accurate depiction, and meta-commentary on today’s political climate. Democracy 3 seems complex, but is actually quite simple and a bit limited than I’d like. There’s more it could do, but chooses not to. It’s a fun game that doesn’t take itself too seriously, and allows you to really play out your power fantasies that no other game really lets you take part in.