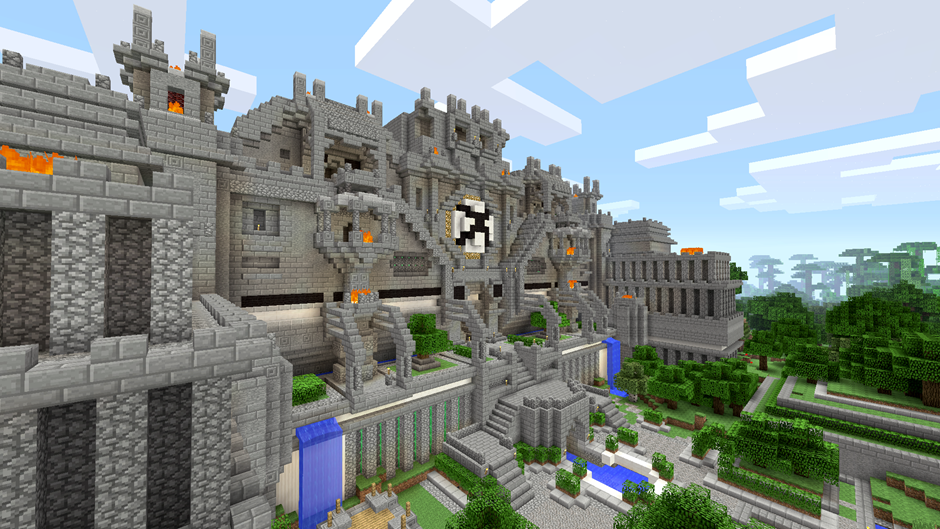 Welcome back to the world of Minecraft, this time on the shiny new Xbox One. Everything has changed, the world is in stunning 4k and the textures are super photo realistic. Now wake up, who are we kidding, it’s Minecraft people.

Everything you know about Minecraft is still here, the block texures, the building, the crafting, the creepers, it’s all as we left it on the 360 Edition. All the previous updates have been brought over and improvements made like bigger worlds. With the power of the Xbox One, the game run silky smooth as well. I tested this by getting into creation mode and just built soaring towers and spawning the maximum number of each non playable character. I spawned villagers, pigs, creepers, etc… around trees an hills. Even with my towers I’m happy to report there were no hicups. The game is smooth alright and with more space on the world map it’ll give you more room to create giant cities or some giant sized pixal art. It goes without saying though, this is exactly what you expect to get when you think, “Oh, I want to play Minecraft” so right here right now, if you like Minecraft, own an Xbox One, and want to play there. Just buy this, you’ll be happy. But first let me just tell you a little about what I came across with my time in the Xbox One Edition. 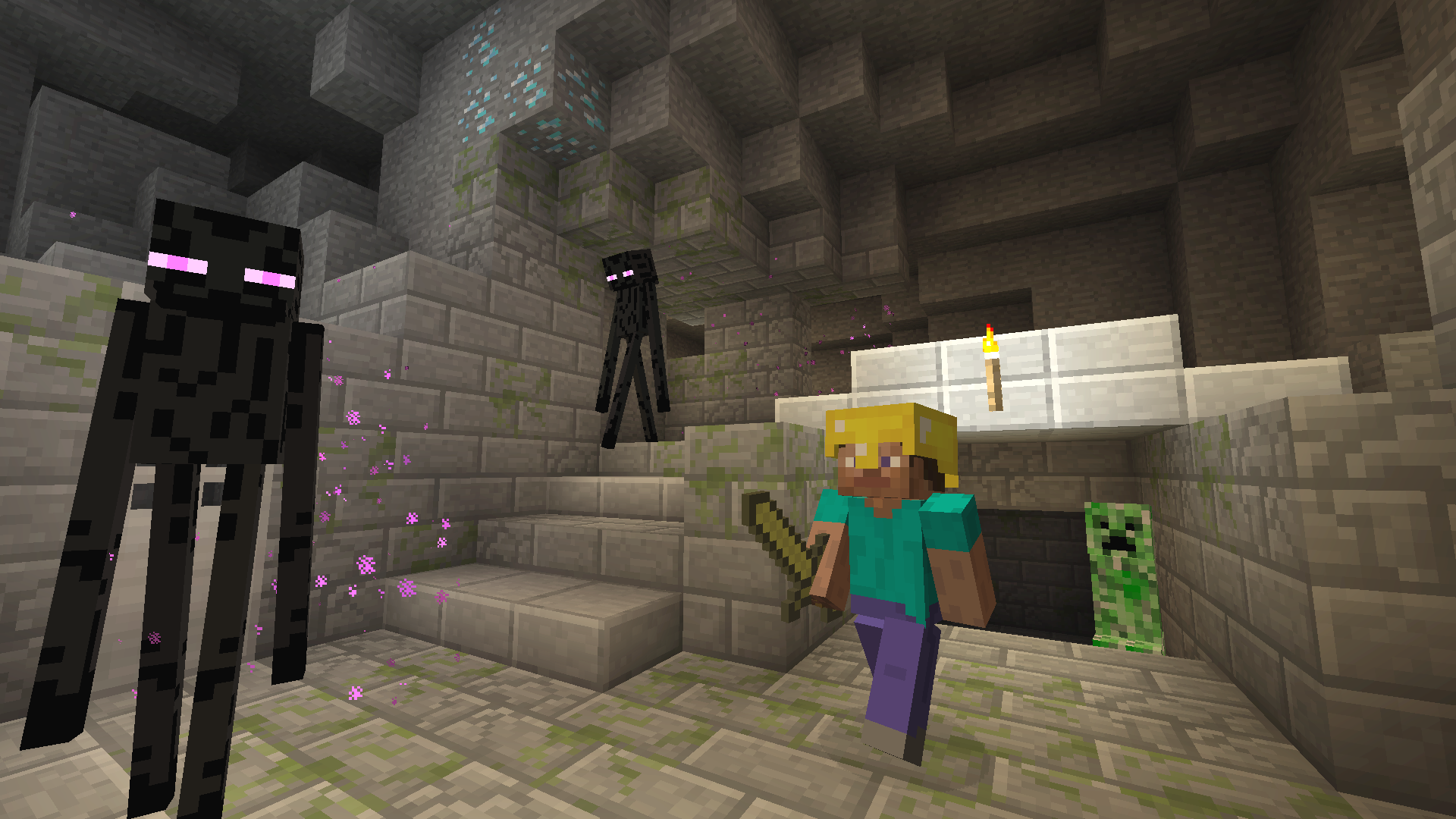 The first thing I wanted to test was the xbox 360 save import feature. I had a pretty rad world in the 360 Edition and I wanted to keep that going. I never found much information about how that feature would work; could it pull from your cloud saves? Did you have to use USB storage? What method would they want you to use to import your world?  When going to set up a new game, there’s an option to press the x button to import a Xbox 360 save and when you press it, it brings up a loading bar followed by a message that no save was found. I’m using the same profile that I had on the 360 so I thought it would bring in my cloud save.

[UPDATE]: According to Major Nelson from from the Xbox team, you will need to go to boot up the 360 Edition of the game, select the world you want to upload, then upload specifically to the Xbox One. From there you can go to the Xbox One Edition and download the world. See the video linked below the article.

The other thing that you’ll see is the option to choose texture packs. You’ll see a list of things like candy, plastic, and natural textures to choose from but they aren’t free, oh no, you only get to use them in a trial basis. This means that you can use them but can not save your game with them enabled. If you try to save your game, you’re prompted to pay for the texture pack. They even have the option to choose the Halo, Mass Effect, and Skyrim packs from the 360 Edition. Again, trials that you can buy. The theme packs will cost you up to 3.99 with the game themed ones coming with new music, sound effects, and menus. Speaking of the DLC, any of the DLC you purchased from the 360 Edition makes its way to the Xbox One Edition. Although if you look at the DLC in the ingame menu, it still shows the full price. It’s not until after you click on it will the Xbox Store pricing screen show a 0.00 balance. It caught me off gaurd at first when I saw the pack I bought before sitting there for 1.99 and there was no way I was buying that again. 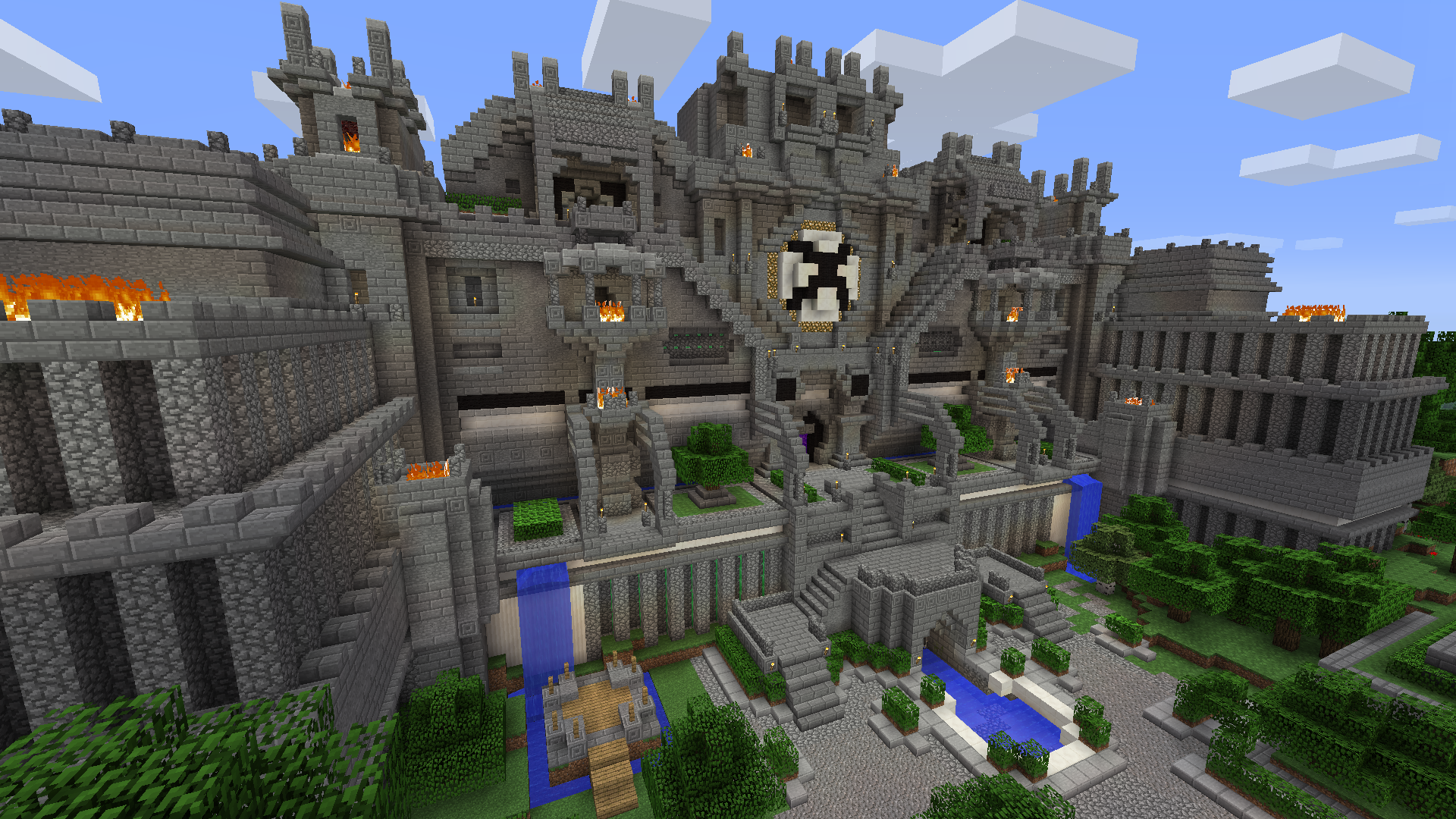 Once in the game though, I noticed some handy little notes that I don’t remember from the 360 Edition. Now when you put your crosshairs over and object in the world for the first time, the game will pop up with a brief description of what you’re looking at in the top right corner of the screen. Helpful for new players or older players who may not have seen the new additions brought over from the PC version or updates from the previous 360 Edition. You still get tutorials but you can turn those off and just bounce right into the game. The game is still a hoot with friends too. You get the same 4 player split screen option from the 360 Edition and what would Minecraft be without being able to invite friends over through the Inter-nets. You get some nice hosting options like being able to allow friends of your friends to join your worlds and setting rules. Rule like where you, the host, must authorize a player to be able to build or mine anything in your world. Very handy when you want to protect a precious project you’ve been working on from some jerk who happenes to be a future former friend. 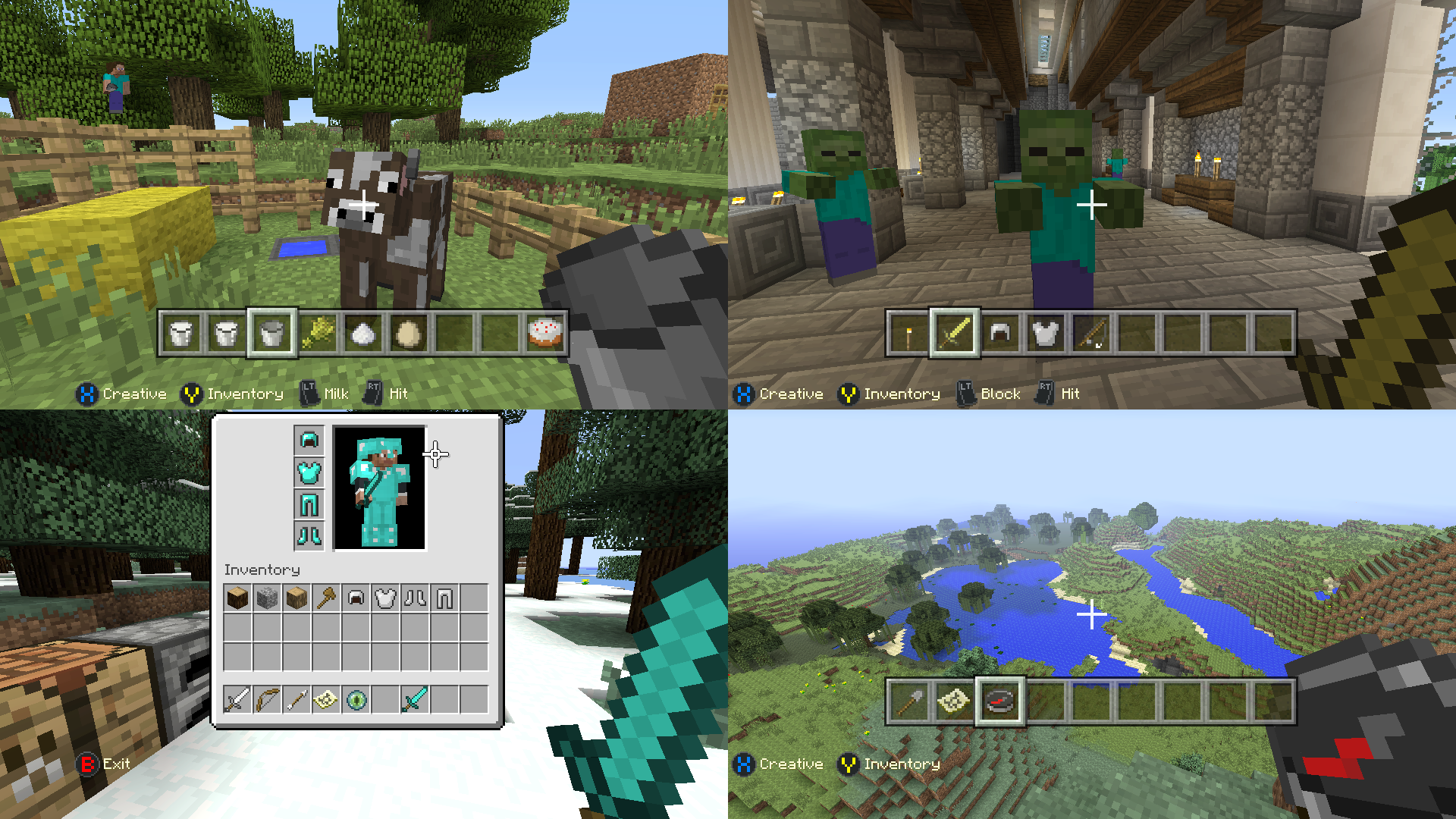 The game is solid as always and worth the price of admission. Especially if you already purchased the 360 Edition as that will translate into only a $5 upgrade purchase. Even if you bought the disc version of the 360 game, you can redeem a voucher that came with it so you can get the upgrade price as well. Although, even at $20, this puts it more in line with the PC pricing and even though it’s not 1:1 with the PC updates, it’s sure still just as fun to play. Go out on your adventures and have fun creating crazy awesome things.