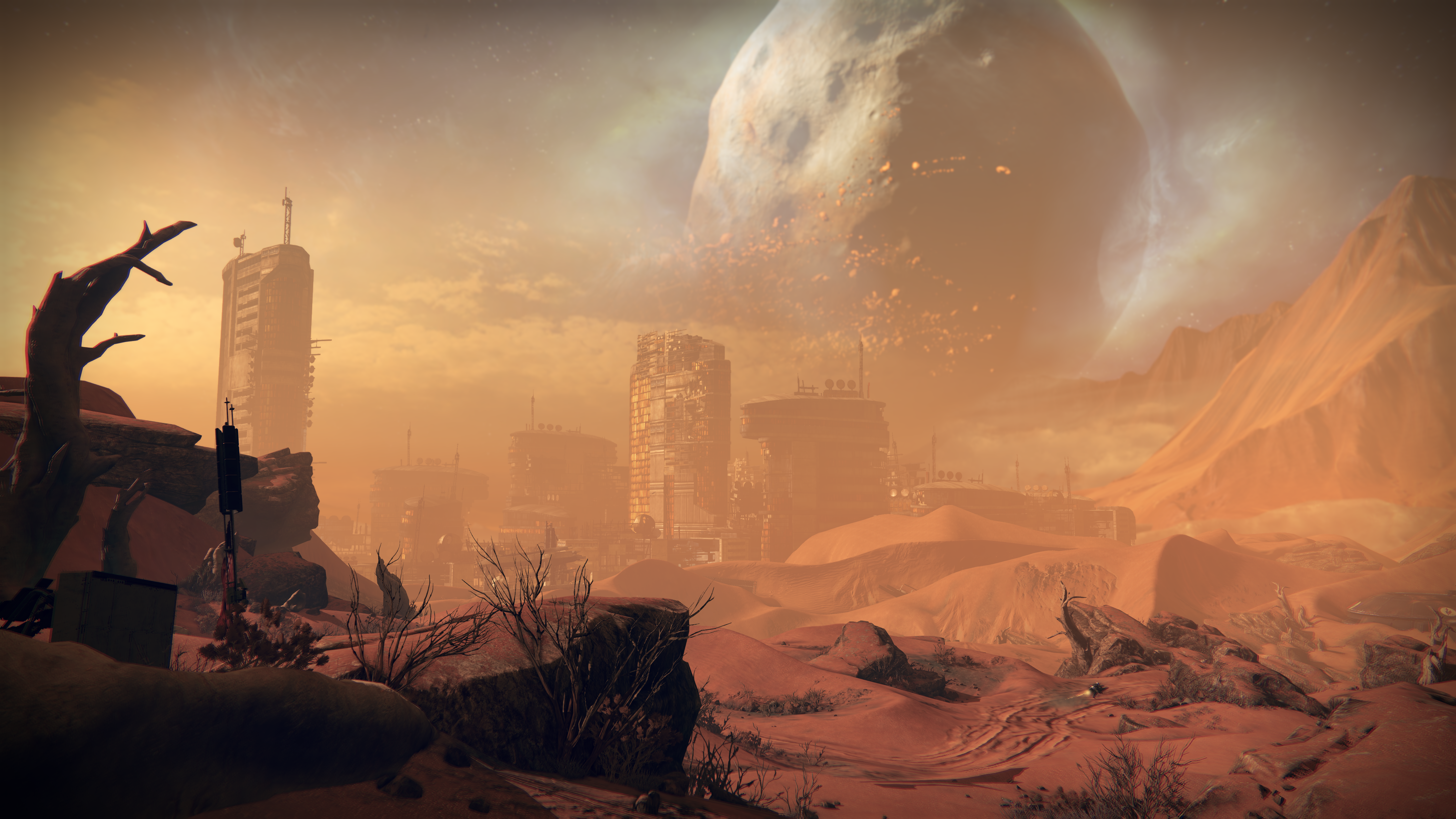 Arguably the highest profile game of 2014, Destiny is also one that delivers. It is one of the most addictive games that’s played across my TV in some time now. The combat is fun and the graphics are beautiful, the Traveler just keeps me coming back for more and more. Destiny is an online first-person shooter with RPG elements that makes things feel closer to a massively multiplayer online title rather than a familiar first person shooter. This gives the game some character to stand out from other big name shooters like Call of Duty and Bungie’s original baby, Halo.

Players in this world are not at a loss for things to do, unless you decide that you stop after the story missions are over. You’ll quickly come to realize that the story missions are just the beginning. Players a can play with up to three friends on various missions around the Destiny universe, which is modeled after our own solar system. From the harder strike missions to free-roaming spots where you can explore all four of Destiny‘s current maps. Bungie will roll out raids periodically that will take advantage of six players, harder difficulties, and a lots more strategy involved to complete. If you don’t like playing with friends, you can compete against them in a more familiar deathmatch and team deathmatch arena combat scenarios within the Crucible. Adding that RPG flair to the game is what really gives Destiny that hook that kept me coming back for more. Leveling up my guardian is fun: unlocking new armor and weapons through random loot drops or purchases, finding rare items that end up being worth the wait to get, earning rare items to trade in to vendors for even more rare armor or weapons, it all just grabs ahold of me and pulls me back in every day. But that alone doesn’t do it for me, Bungie makes great shooters with tight mechanics, and if there ever was a compliment I could give this game, it’s that it plays like Halo – and I love Halo. Given Bungie’s experience with first-person shooters, there was never any doubt that Destiny would have any control issues, Bungie makes them right.

As I mentioned earlier, since playing the story missions is just an appetizer to this game, it will only last as long as a player has interest. For me, that will be a long time. There are MMO hooks like daily and weekly missions that will reward you with items and bounties to collect each day that serve to earn you reputation within the different factions in the game. You’ll want to earn this rep so that you can unlock better gear. If you stopped at the story missions, you’d never get to see any of the cool looking exotic weapons and armor that Bungie has created.

Where a lot of people get hung up is the story itself, it is pretty shallow leaving you to unearth the narrative yourself through their grimoire card system. Sure, you get a very basic understanding of what’s going on in the game, you’re out to save a being known as the traveller, which helped humanity to grow beyond the stars. The Traveler was not alone and a darkness followed nearly obliterating the human race. As a gaurdian of the Travelers light, you seek to help fight off the darkness and help revive the traveler so that he may help those in need again.

That’s all you really get from the game, if you want to find out any more lore about what is happening in this world, you’ll need to unlock special cards that can be read though a companion app for your mobile device. The cards unlock when you complete various tasks like killing a certain number of enemies or finding hidden items in the world. There needs to be a way to get this information in game whether it’s through a terminal in the main hub, the Tower, or as a menu option but having it separated from the game entirely removes a lot of what could be interesting story for those who are only spending time in the game world. 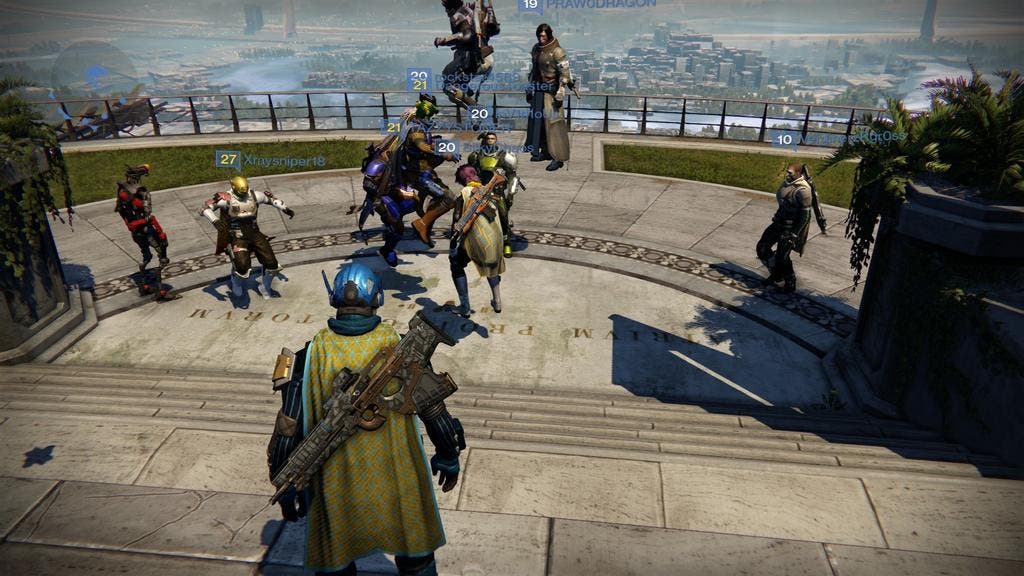 Lack of story aside, I consider Destiny to one of the best and most unique games to come out on next-gen consoles this year. It’s a fresh take on the first-person shooter genre with a combination of your standard deathmatch multiplayer in the Crucible, and the MMO-like trappings for the rest of the game. It may not be everyone’s proverbial “cup of tea”, but it is most definitely mine. Destiny is one of the most fun and addictive games I’ve played this year. I’d recommend anyone to play it even if you don’t have new consoles yet. Bungie has made it easy to take your saved character from PS3 to PS4 traversing the console divide, and even onto Xbox 360 and Xbox One. If you’re on the fence, just get it and if at all possible, play with friends. There is nothing quite like running around with your buddies shooting aliens and bragging that you just got a legendary item, and they didn’t.