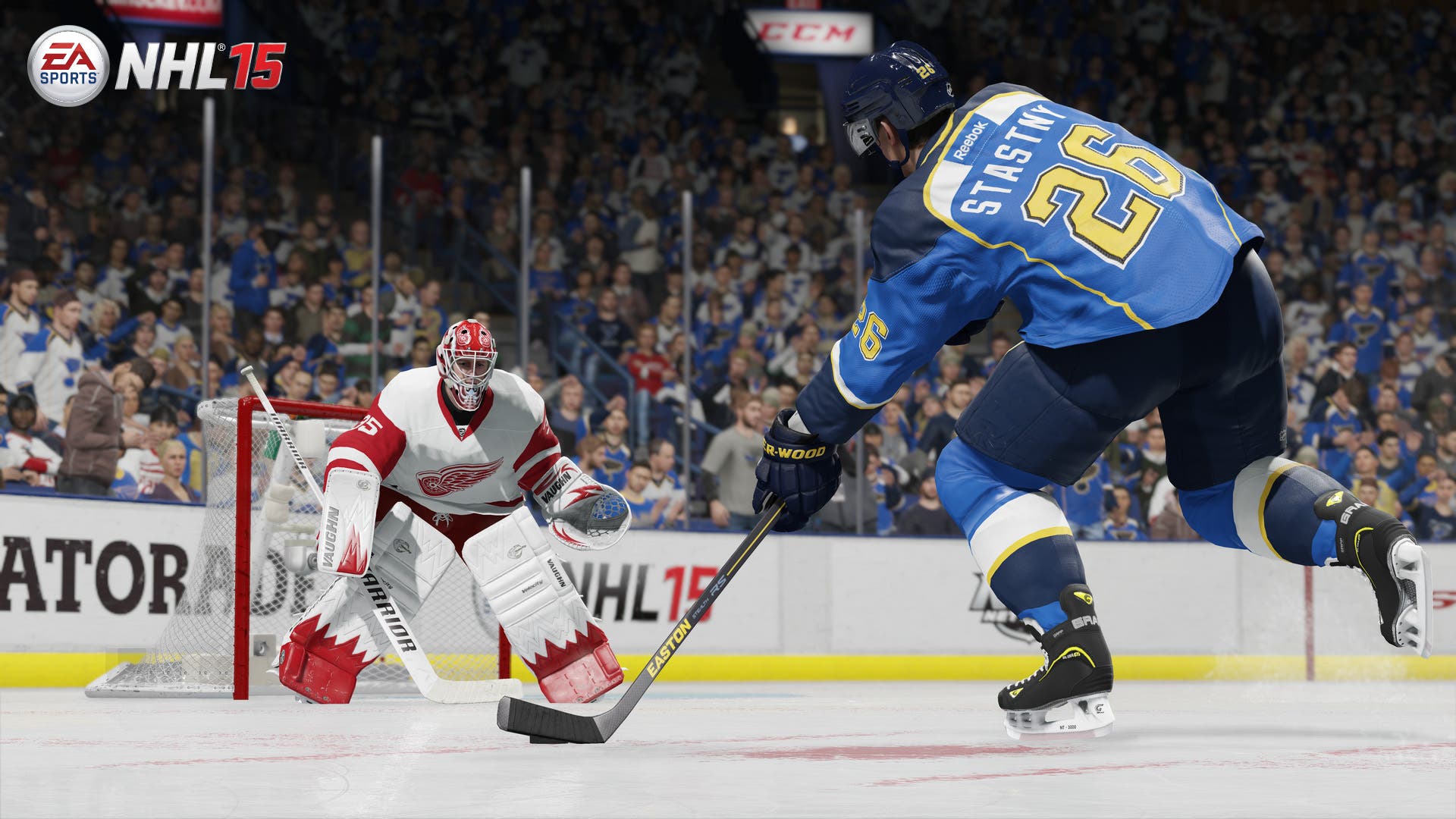 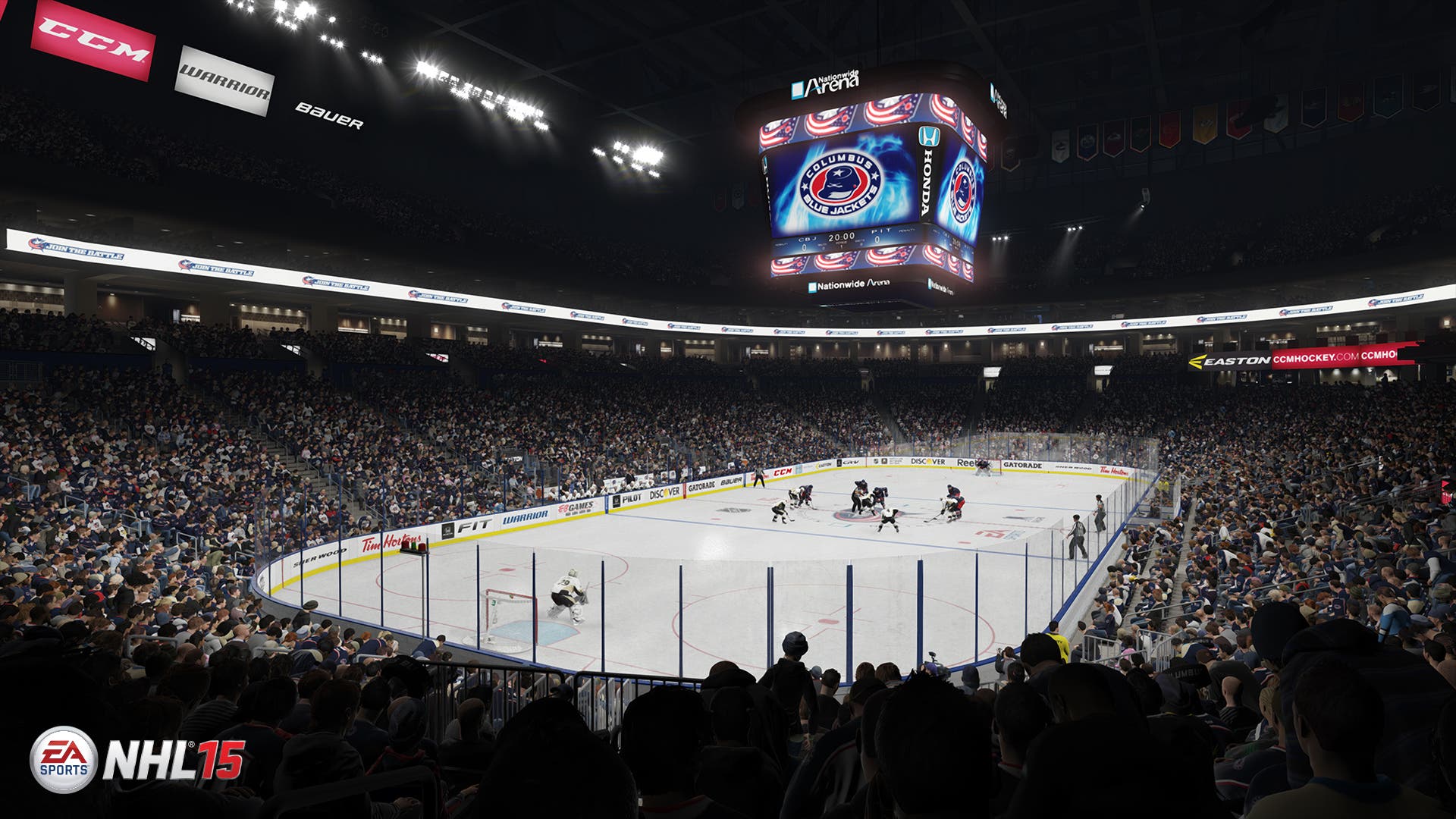 From the get go, the game looks gorgeous and is what you’d want a current generation hockey game to look like. Cutscenes get a little framey, and the cloth physics on the jersey don’t look perfect, but otherwise the presentation is great. The crowds are among the best put together that I’ve seen in a sports game. They’ve also brought in the NBC commentary and presentation. The presentation is an upgrade, although I do think Doc Emmerick sounds a little sleepy– some commentators do have a harder time bringing across the emotion in their voice when they are recording lines in a studio and it shows here.

The game on ice is pretty good and largely unchanged from last year. I have concerns with the game difficulty though. The CPU is a little too good at everything, this is the first year where I had to mess around with the gameplay sliders (which changes how the game plays and how good the CPU is). I had difficulty finding a sweet spot. I’ve always thought that EA should offer a percentage difficulty option instead of locking you into 5 different difficulty options. Not everyone is at the same level, and if your skill level doesn’t fall exactly into one of those 5 difficulty levels the game either becomes too frustrating or too easy depending on which difficulty level you try.

More specifically about the CPU, it is very good at getting puck in front of the net and scoring an open net goal– your own defence seems to be lacking in this area. And in general defence is harder, and I think it’s for three reasons. One, the poke checking (which was already not very good in EA games compared to the older 2K Hockey games) has been completely crippled, and is barely useful now. You can only lunge your stick out for a split second instead of keeping it out in the passing lane like actual players do. The other reason is that you can’t tie up players in the slot anymore. So not only is it hard to block passes, it’s also hard to have man-on-man coverage on someone in the slot because offensive players are way too slippery and its very easy for them to tap in the puck unharassed. Anytime I see the CPU passing the puck towards someone in the slot, I already know it’s probably a goal, even if I’m in the right position as a defender, and that’s one of the most frustrating feelings you can have playing a video game. And finally, gap control is nearly impossible in this game. If you are skating backwards as a defender, and there is a player skating towards you with the puck, it’s nearly impossible to close the gap between you and the player with the puck without going flying off to the side, because your player just can’t slow down and skate the other way in a straight line.

Two other things seem to be missing this year– you can’t whack at the goalie anymore when the goalie may not fully have control of the puck (in the past this has resulted in some goals), and you can’t push puck (which isn’t too shocking– for whatever reason they actually crippled the push puck feature after having first introduced it in NHL 09 when it was really useful). 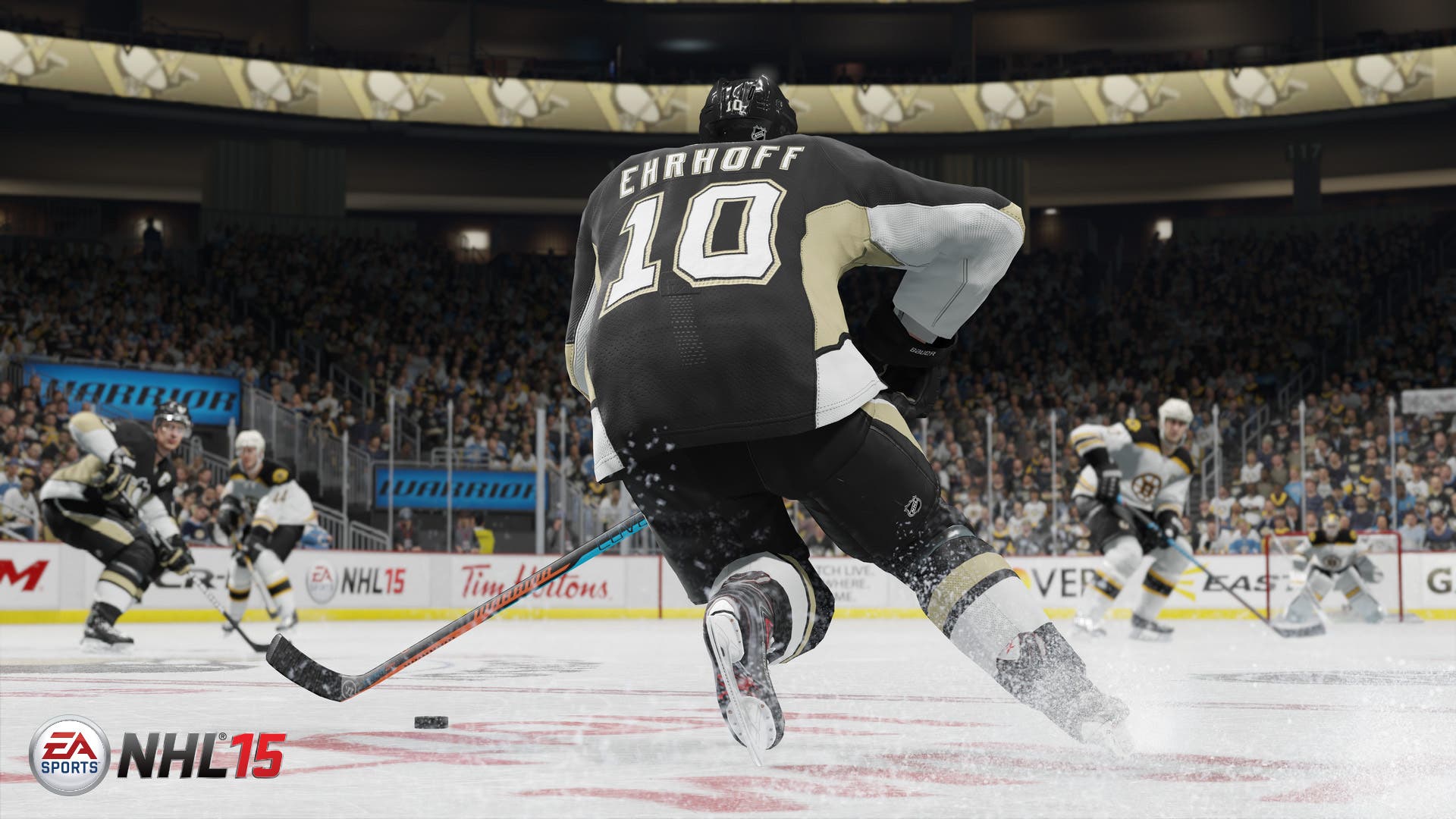 Puck physics are definitely way better but i still have some issue with the way the puck seems glued to your players stick during certain skating animations. The True Performance Skating engine also just doesn’t feel up to snuff anymore. While it was a nice improvement when they introduced it a couple of years ago, it doesn’t compare to the physics based locomotion/foot planting engines that are in other sports games such as FIFA and Madden. It just doesn’t look realistic in many cases.

Slap shots are weirdly hard now, unless you take a snap shot you are likely to lose the puck when trying to go for a longer slap shot, the puck friction seems a little too high in this case.

I think all in all the gameplay is pretty good, and most of the major issues I have probably could be fixed or mitigated with patches (other than the sloppy defence), but when you look at the game modes it’s a different story.

Theres a lot of modes missing this year, and even the ones that are returning are mostly shadows of their former selves. If you only care about 1vs1 online games, head-to-head exhibition games, Ultimate Team, or just playing an 82 game season with your favourite team and that’s it, you will probably still end up enjoying NHL 15 and the missing modes won’t affect you that much.

Unfortunately, my favourite modes in the past were Be A Pro and EASHL. EASHL just doesn’t exist in the game anymore. And Be A Pro is missing a huge feature– simulating between shifts. Since there’s no simulating between shifts, instead of playing 20 minute periods in that mode, it defaults to 5 minute periods. And since you’re playing only 5 minute periods, the game lets you play about 80% of the game (even if you’re not a top player on the team) to make up for the shortened periods. This is how Be a Pro was the first year they implemented it, and its hard for me to go back to playing this way. It’s not realistic and doesn’t feel as immersive. You don’t get that feeling of being one player in a team of 20 this year. It was such a revolutionary mode when they first introduced it, because you got that feeling of what it was like to be only one cog in the machine for the first time, and to have that gone from this mode is devastating. So I’ve been stuck playing Be a GM, and even that feels old to me because I stopped playing Be a GM since NHL 09 when they introduced EASHL and Be a Pro. 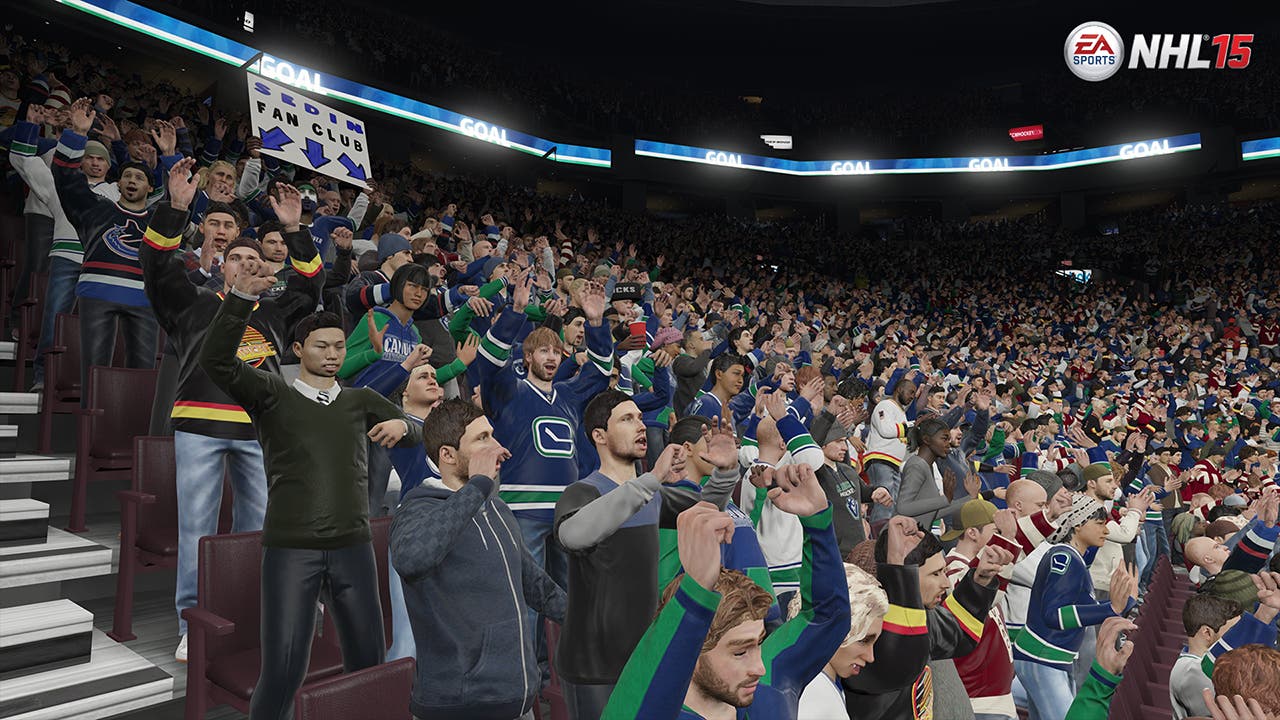 The game on the ice is not perfect and is missing some small things, which can ruin the experience against the CPU, but for the most part its pretty good when playing against human players. However, off the ice this game fails spectacularly due to the missing modes. Unless you are a die-hard (who probably was buying the game no matter what), I’d say do not buy this game. It’s not worth it. Last year’s game was better. The previous generation versions on 360/PS3 are better (despite them just being roster updates), and next year’s game will almost assuredly be better.