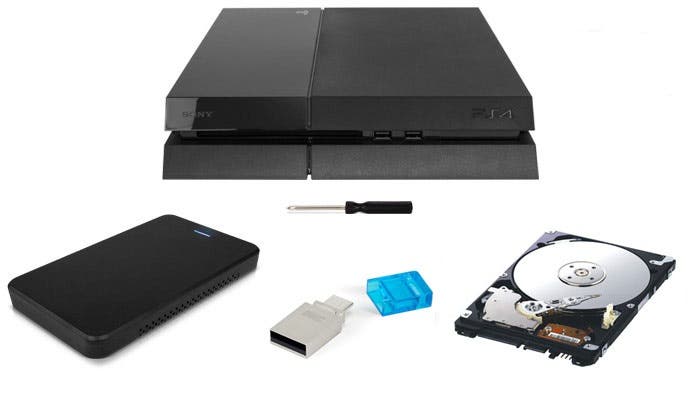 It’s no surprise that games on the next-generation of consoles are bigger. Ranging from 10 to 50GB, this can eat up a lot of space, and after a year since the PlayStation 4’s release, might be just about gone. Other World Computing has an all-in-one solution that will give you more space, all the tools you need, instructions on how to do, and a small increase in performance. It’s the do-it-yourself drive upgrade bundle. It comes in many flavors: 1.0TB SSD, 1.0TB, 1.5TB, and 2.0TB.

So, opening the kit, I was greeted by many things: The 2TB drive itself, an 8.0GB flash drive for backing up data and using it to store the PS4 OS to reinstall, a small Phillips-head screwdriver, an enclosure for the drive, and a USB 3.0 connecting cable.

The instructions lay everything out quite clearly, and I was able to follow them almost exactly. The only issue I ran into was the suggestion that you download the PS4 Update File. Given you have a blank HDD, the file at the website listed in the instructions is just for Update 2.02 which is around 200MB. You actually need the whole PlayStation 4 Operating System which includes version 2.02, that is 750MB. You can get those files here: http://us.playstation.com/support/systemupdates/ps4/new-install/. Given that minor issue, everything else is on-point and easy to follow, and I had no difficulty in performing each step otherwise.

The total time it took me to install the drive and and the OS (not including making and restoring backups), was just over 1 hour. If you include the time it took to transfer my save files to the USB drive, it was a little more than 1 hour and 45 minutes. The PlayStation 4 doesn’t allow you to copy all files at once, so you have to copy them individually unfortunately, which eats up some time.

Once the drive is installed, and the PlayStation 4 OS is loaded, any games and DLC you’ve downloaded will have to be redownloaded. All disc-based games also have to be re-installed. This is important because you can’t copy your game saves back onto the PlayStation 4 unless the game has been installed first. I’m not entirely sure why that’s a requirement, but it is.

The above times are my experiences with the original PS4 drive, and the new OWC drive supplied to me. As you’ll notice, Grand Theft Auto V received a 15-second decrease in loading, and Driveclub received a 10-second decrease. This is quite impressive for a drive that is not SSD, and does not feature any RPM differences to that of the original drive. It just is more efficient, which could be due to the space. I tested it multiple times and the decrease in loading was pretty consistent. The best times are kept above. I did not notice any performance increase while moving about the PS4 OS, but it does seem snappier somehow. But that could just be a placebo.

One thing to note, I own Grand Theft Auto V on Blu-ray. When the game loaded on the old hard drive, it stuttered at the part where the wanted levels were increasing, specifically it paused slightly at the 3-star wanted level, then continued. With the new drive installed, that hitch, that pause is no longer there. This could be due to the new drive, or reinstalling the game. I’m inclined to believe it is the former, and for that it really shows its efficiency.

What to do with the old PS4 hard drive?

Well, the DIY kit includes an enclosure to use it as an external drive for your PC. 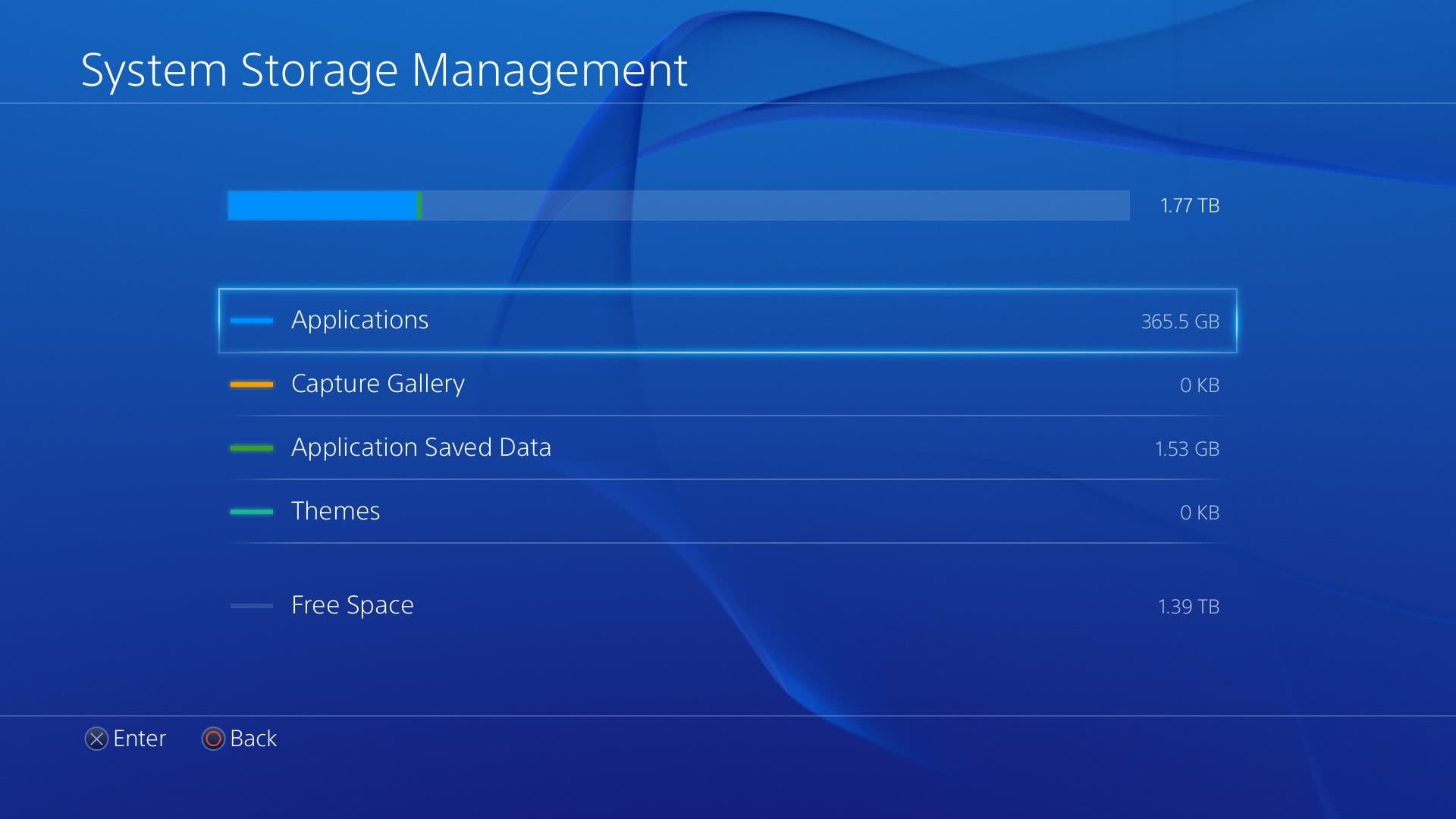 Other World Computing’s PS4 HDD Upgrade Kit is a great value. Probably right now the 2TB drive may seem like too much storage, but you might want to consider this purchase as “future-proofing” for all the games you will likely acquire in this system’s lifespan. All in all, it has some performance gains and the obvious storage increase, making this a worthwhile purchase. Other drives at this size are comparable, but given what you get in the kit, this is a no-fail, all-in-one solution that’s so easy to recommend. You’re given everything you need to make your HDD transfer simple and easy. OWC absolutely nailed it.