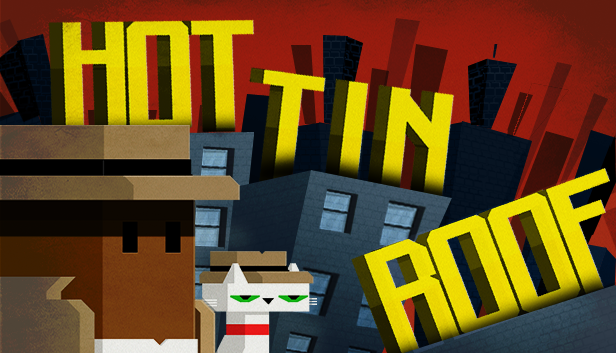 Hot Tin Roof: The Cat That Wore A Fedora Review

Hot Tin Roof: The Cat That Wore A Fedora is equal parts ambition and aversion, coexisting as a constant clash during your playtime. On one hand, Hot Tin Roof combines elements of popular genres that should be a winning combination, but developmental choices make it hard for you to enjoy the otherwise harmonious cohesion of a downright funny and unique noire story that is at the heart of this game. 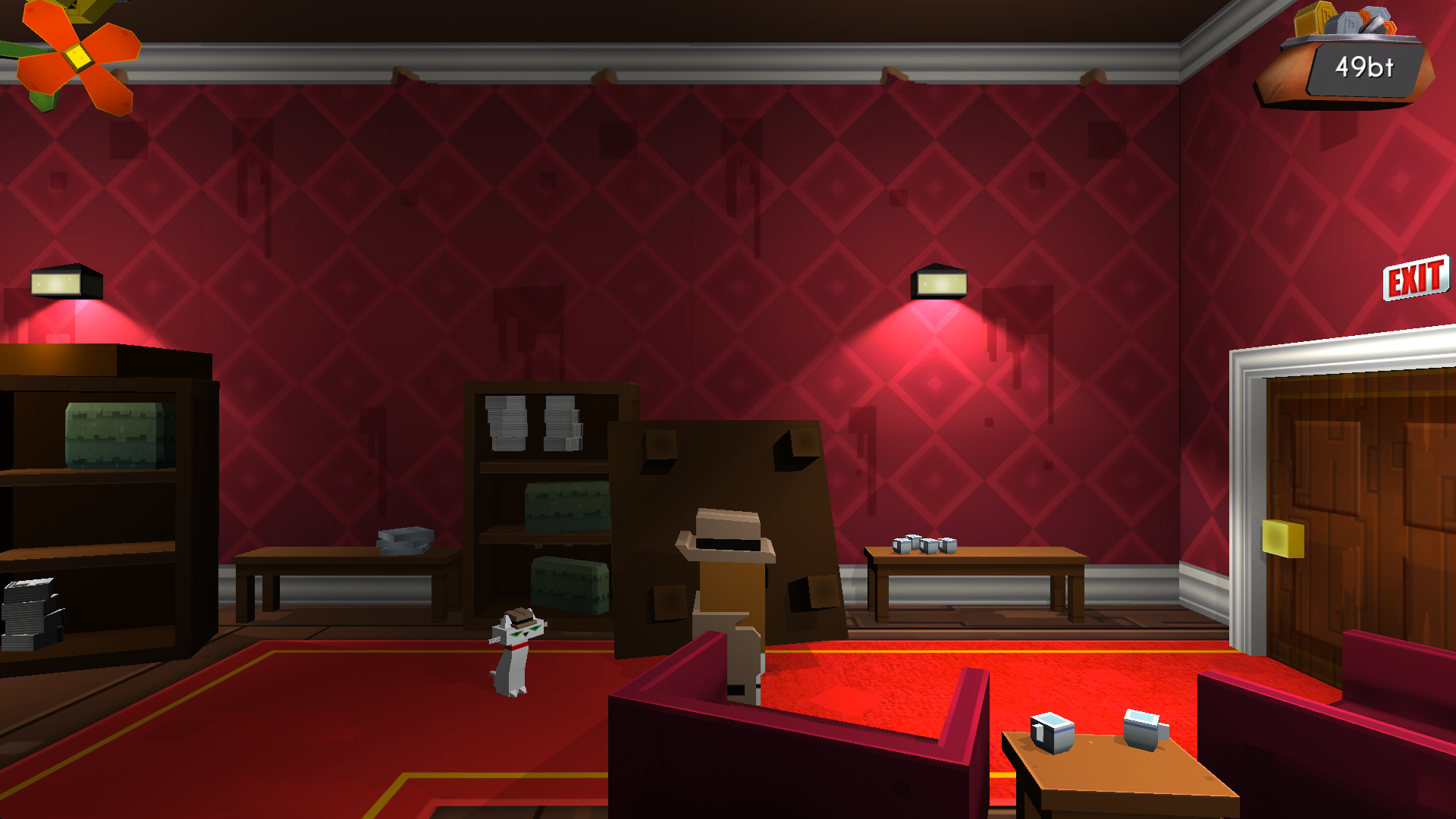 The story picks up like the second book in a series. The characters have been established, things have happened, and there’s a history shared. But for you, there’s no first book to go back to. You play as Emma Jones, now turned Private Investigator after previously being a firefighter. The story has expectations that you should bond with this pre-existing relationship, but that is much easier said than done. I ultimately felt like an outsider to the conversations that Emma and her quirky cat, Franky have throughout the game.

After a very quick introduction via phone call, you’re off to investigate, with a soundtrack set to chiptune meets jazzy night club. Graphically, you’re presented with voxel characters and environments that are navigated on 2D planes in a 3D world, all in need of an aliasing option (the game runs incredibly well otherwise). There’s no free movement in areas where it looks like it you could. Instead, you’ll be running against walls in order to get the plane to rotate to get to the areas you need to. There’s some interesting challenges met by this way of playing, arrows briefly reveal directions you can go in to leave that screen, and you must reach the edge of the screen

Navigating the world of Hot Tin Roof is tedious and a more laborious affair. This is because there is not a map to reference at any given time. Now, I could most certainly draw one for myself, but I’ve grown accustomed to games keeping track of this for me, especially those that pride themselves as being a “Metroidvania”. I just can’t fathom a game that releases in 2015, no matter how “old-school”, without a map showing progress with as much backtracking that is required to complete sections of the game. Too much of my time was spent wandering around the city, trying to find out where I needed to go. The clues screen provides vague hints that aren’t of enough help. You can go to the police chief and ask him for guidance, but his advice is of a similar degree of vagueness that doesn’t do enough to point you in the right direction. There’s certainly a careful balance to maintain so that you aren’t given the answers straight-up, but it seems too heavy on not telling you much of anything.

An example of this problem, is early area that is easy to miss because it is right near the staircase. A keen eye will likely see it the first time. But for me, I completely missed it and wasted so much time trying to find out how to proceed. A map would have revealed there was more to the world with little impedance to my progress. Another problem I had, was that some rooms are visually identical, and I had trouble figuring out if I’d visited the room already, and if there was anything left to do in said room.

You’ll spend a heavy amount of time engaging in conversation. After all, this is about playing as a private investigator, so detailed accounts of events are paramount in making sure you are as thorough as possible. I found the dialogue informative and quite humorous, the writing is smart and the choices given to you bring a piece of self-awareness. Conversations trees are not elegant whatsoever, often requiring that you restart conversations in order to explore other topics. And while it was rare, I did have a case where I was in an out of sequence conversation which revealed an item I didn’t have, only to find it minutes later. It didn’t reach spoiler territory, but it caused some worry as to how much of this might happen as I went through the game.

The other aspect of Hot Tin Roof is the puzzle solving, but it isn’t as complex as other adventure games this is so clearly inspired by. Being a bit like Grim Fandango and Super Metroid‘s baby, Hot Tin Roof uses item upgrades in the form of ammo for Emma’s revolver, which is curiously only a four-bullet revolver as opposed to a six. All of the ammo is non-lethal, with the first you have from the outset being pushback, and you’ll acquire bubble ammo which reveals hidden switches. The use of these items are telegraphed well enough that you’re not swapping ammo constantly trying to find the right item. It is however a bit of chore to swap out bullets, going for a weird gun simulation whereby you have to remove them one by one, and replace them. Thankfully reloading the same type of ammo can be done by holding ‘R’. 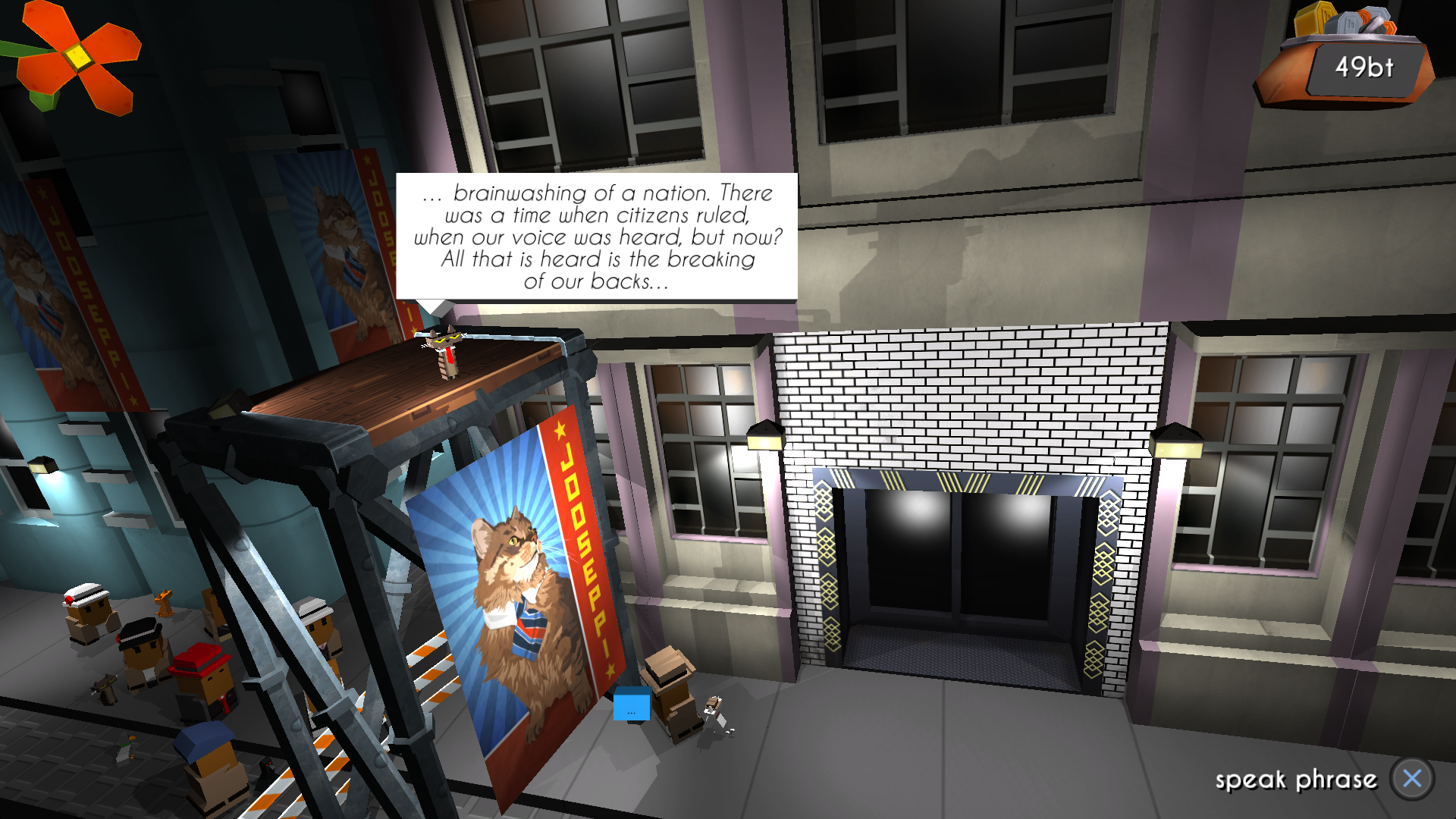 Hot Tin Roof: The Cat That Wore A Fedora is a different experience, even taking some risks by blending genres in unique ways, but those risks don’t always pan out. There’s enjoyment to be had with the investigations, solid platforming, and even some of the dialogue, but its ambitions get in the way of it being better than what it is. The city is merely window dressing meant to distract you from seeing that it only exists to hold the clues necessary to complete the game. Hot Tin Roof was always on the edge of greatness, but it never quite reached it for me. Do play this game, but maybe wait for a sale or some patching before you buy it.