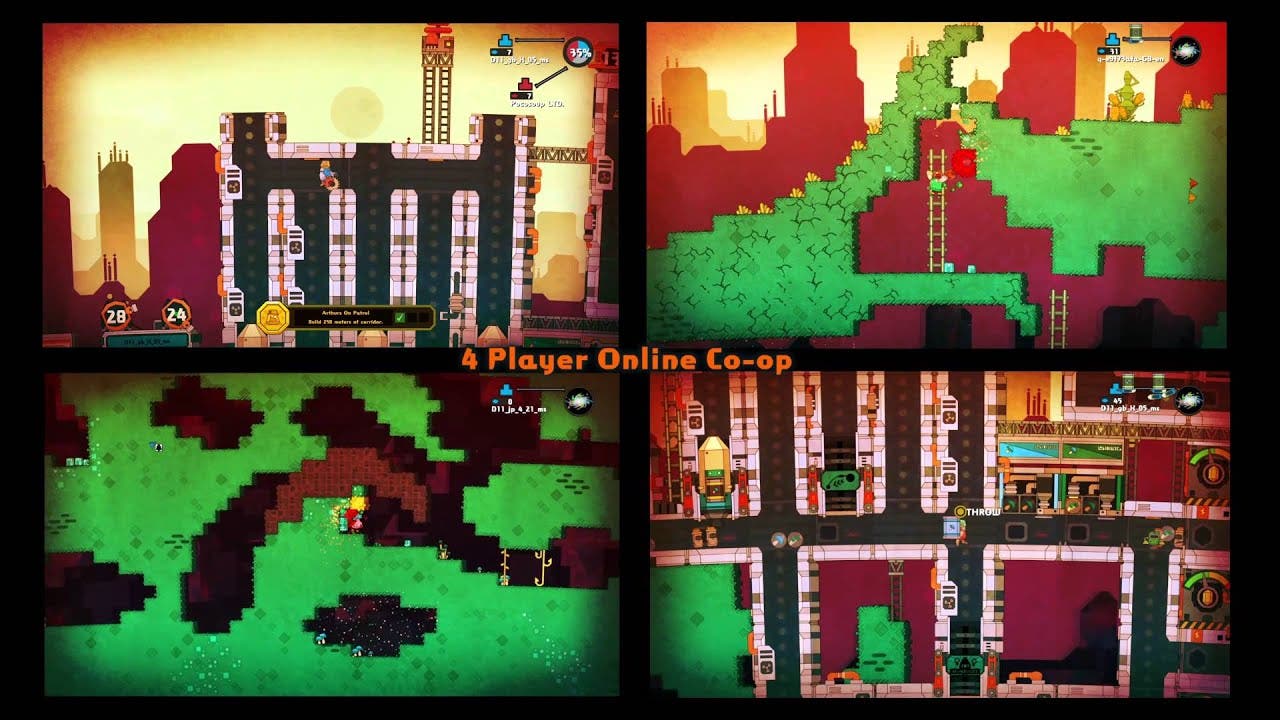 Q-Games will release Nom Nom Galaxy, a 2D sandbox game with base-building and tower defense elements, for Windows on August 3, 2015. The game has won multiple awards since being released on Early Access last year, including Best Game at Brazil’s Independent Games Festival, Best Sound Design at GDC China’s Independent Game Awards Festival, and numerous Editor’s Choice and Best of Awards from its appearance at PAX Prime in 2013 and 2014.

The objective of Nom Nom Galaxy is to build a galactic soup empire. Players explore dangerous distant planets to find the perfect ingredients for making delicious soups, then build soup factories to process and deliver their canned creations to the insatiably hungry extraterrestrials throughout the cosmos.

Preparing the most succulent soups in the solar systems is not enough to win. Players must compete for market share against rival soup companies who will stop at nothing to gain a competitive edge, including attacking players’ factories. To become the king of the cutthroat soup industry it is essential to construct factory fortifications capable of defending against zerging rivals.

Each massive planet comes with its own unique ecosystem and landscape, both completely malleable and destroyable. Once they dominate the market share of one planet, players progress to the next world and receive a reward such as a new ability, weapon, vehicle or robot to help with soup production.

Nom Nom Galaxy will offer local and online cooperative play on PC, allowing players to drop in and out at any moment “There are only two things I love in this world, soup and videogames,” Dylan Cuthbert, president, Q-Games, explained.  “Nom Nom Galaxy is the result of these two passions and blends different genres into one perfect package, like chicken and noodles.”

“These different genres form one cohesive experience that is unlike anything gamers have ever played and is souper for all ages,” Cuthbert said. “Without the support and feedback of the Early Access community this innovative game would not have been possible, so we are looking forward to providing them and all PC gamers the finished title.”