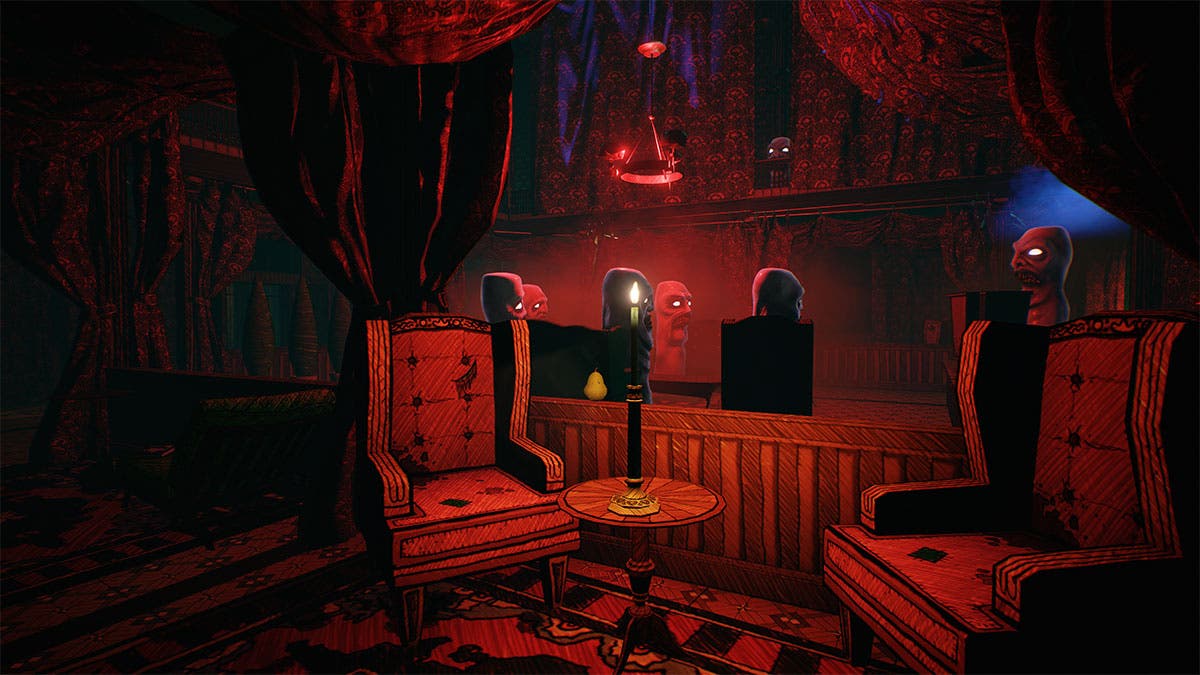 I’ve played a lot of games since I was born in 1983. It’s safe to say, I’ve been a super-agent taking down villains, jumped as an Italian plumber, and even soared the skies as a bird. My background of gaming experiences is vast, but I’ve never quite experience a game like Albino Lullaby and while it fits into a genre that is pretty popular these days, everything else about it is weird as hell. When players first boot up the game, they will see what appears to be a normal scene: The character is driving in a car, gets into a car accident and then wakes up in what some would expect to be a hospital. Yet the minute the player takes a look at the environment, one realization becomes apparent, “we’re not in Kansas anymore” promptly being pushed into a world full of color, gigantic rooms that spin, and elaborate transforming areas. Albino Lullaby is everything but ordinary and that’s before even having the chance to see the odd creatures that live in this strange world. These strange worm like creatures with huge grinning, crooked teeth roam around, preaching about grandmother, and knowing that players have escaped, would be better off not running into them. I’m also constantly thinking that this somehow reminds me of the twisted world in Beetlejuice. Is it purgatory, or something more?

As far as gameplay is concerned, it’s fairly simple. First person exploration with some very minimal puzzles solving by finding switches and reading some notes that feature all sorts of weird jargon. The idea of what is occurring in this world isn’t exactly spelled out and while the gameplay is basic, the world is so fascinatingly odd and constructed that players are in both awe and creeped out at the same time. The game boasts that it’s a horror game with no jump scares and relies on its atmosphere and weird senses to keep played clued to their seat, and it works. Later finding a way to push back the ever encroaching worm like creatures combat isn’t the huge focus here, it’s the exploration and sense of seeing what will happen next. Visuals help sell the world here, with vivid and bright colors. Cel-shaded looking textures at times, gives the game a unique style of its own. The vivid colors of blue, purple, yellow, red, and more really bring atmosphere to increase the unsettling feeling that sinks in. Add the look of the worms along with the fact they talk, sing in almost gospel like speeches at times, and can swarm quicker than expected just makes them even creepier if that’s possible. It’s just provides an off feeling players will get and that stretches the entire game. The OST only adds to the continuing theme of weirdness, with creepy yet very interesting tones during exploration and when being chased.

My only concerns with the game is that sometimes it can be a little hard to figure out where to go. The devs use colors and candles, and other means of guiding the player but still, with as open as some areas are, especially on the rooftop sections, it can be troublesome and might find players backtracking in confusion. The game also really doesn’t explain much of anything, the saving grace is that it’s an episodic game with two more to drop over next year and with a run time of about 3 hours at average, will be over fairly quickly. Albino Lullaby is creepy, weird, with vivid imagery, and downright unsettling at times. You won’t be able to put a finger on what makes it work exactly, but it’s the perfect combination of exploration, visual wonder, and something that you would potentially have nightmares about. Only someone with insane creativity and twisted dreams could have come up with the idea for Albino Lullaby and I wouldn’t want it any other way.