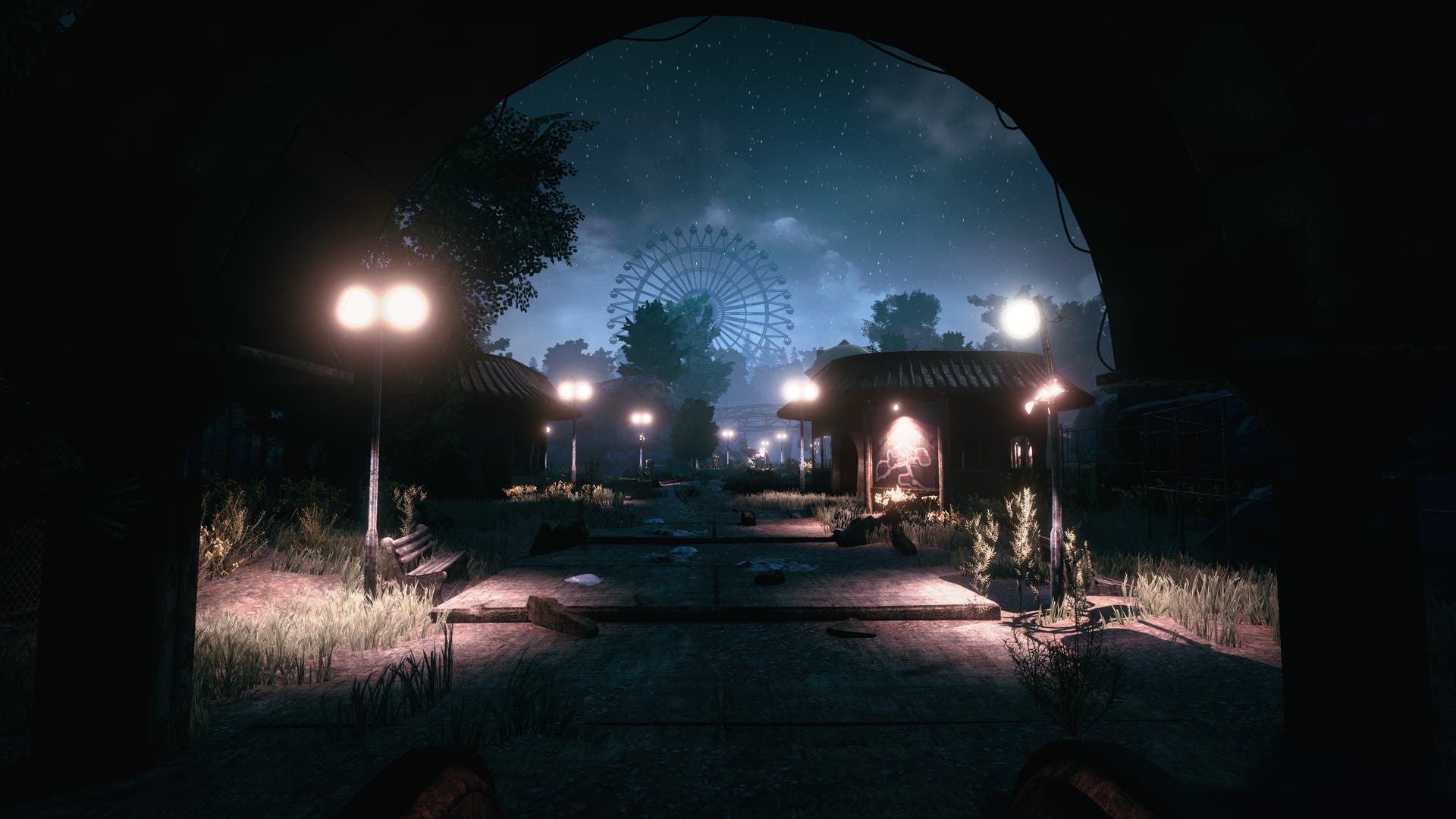 The British author Jonathan Nolan said “In terms of long-term durable storage, the human mind, paradoxically, is pretty good, but it’s very fragile.” For Lorraine, the protagonist you play as, hers might as well be made of glass. The Park is a unique horror game with some inconsistent themes, but manages to maintain interest throughout its short playtime. The Park is many things. One, it has ties to Funcom’s MMO, The Secret World, and the other is Atlantic Island Park that got started in 1977, and shutdown in 1980 due to a string of unexplained and tragic accidents. This combination gives a very dark glimpse into the mind of a mother who has a lifetime’s worth of experiences in a short period of time. It is also a game that will find ways to make you uncomfortable and scared at the same time.

Lorraine, while searching for her son Callum will follow her son by riding on a water ride, ferris wheel, bumper cars, and going through a house of horrors to reconnect with her son, and go home. Along the way, you will learn about the real Atlantic Island Park (the titular park), and about her life and trials she has been put through. It’s not fun to learn about these things, but it is an intriguing tale that has many twists and explores the fragility of the human mind.

The act of playing The Park is more about the experience, like an adventure game where there is no combat or action, just pure storytelling to be told. While you can interact with objects and read background items that are conveniently placed. Lorraine can call out to Callum to essentially use her motherly instincts to guide you closer to him with some visual warping. The Park is nothing if not moody and atmospheric, making you feel like you’ve stayed in a rundown park long after it has closed.

I did not know the connections of The Park prior to playing it, and after seeing there are some unlockables for The Secret World, it provides some interest in checking that game out.

The Park is enjoyable from beginning to end, and has a respectable amount of jump scares scattered throughout. It’s thought-provoking, interesting, even disturbing. The Park can’t seem to make up its mind with portraying as something referencing real-life events, but yet tied with The Secret World, also developed by Funcom. It manages to straddle the line between the two well enough that it didn’t bother me, but I would have rather it had picked one or the other. Clocking in at just over an hour, it’s easy to recommend as it is available now on any platform.