Nightmares from the Deep 2: The Siren’s Call runs aground to Xbox One on August 26th On Friday, August 26, all Xbox One aficionados around the world will get the opportunity to play the second chapter of the smash hit series Nightmares from the Deep and accompany Sarah Black on her quest to the island ruled with an iron fist of mayor Murray who, according to a legend, has the power to summon the mythical Kraken.

Following last year’s successful Xbox One debut of The Cursed Heart, set in a world of voodoo and undead pirates, Artifex Mundi has come back with Nightmares from the Deep 2: The Siren’s Call, another intriguing Xbox One adventure game with a Lovecraftian twist set against the backdrop of a scenic but creepy Caribbean island.

Sarah’s adventure will bring her to the shores of a forgotten fishing town called Kingsmouth, whose inhabitants are suffering from a terrible affliction that is slowly transforming them into scary, fishy ocean creatures. There she will meet the messenger and a benevolent mermaid called Calliope, who has requested her assistance in solving the mystery of the plague. Is Murray, the town’s mayor, behind these strange events? Does he really possess the power to summon the terrifying Kraken from the deep? What is the involvement of the old sea-devil himself, Davy Jones? 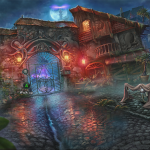 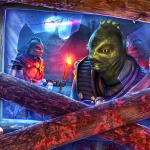 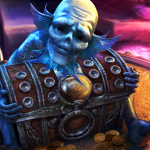