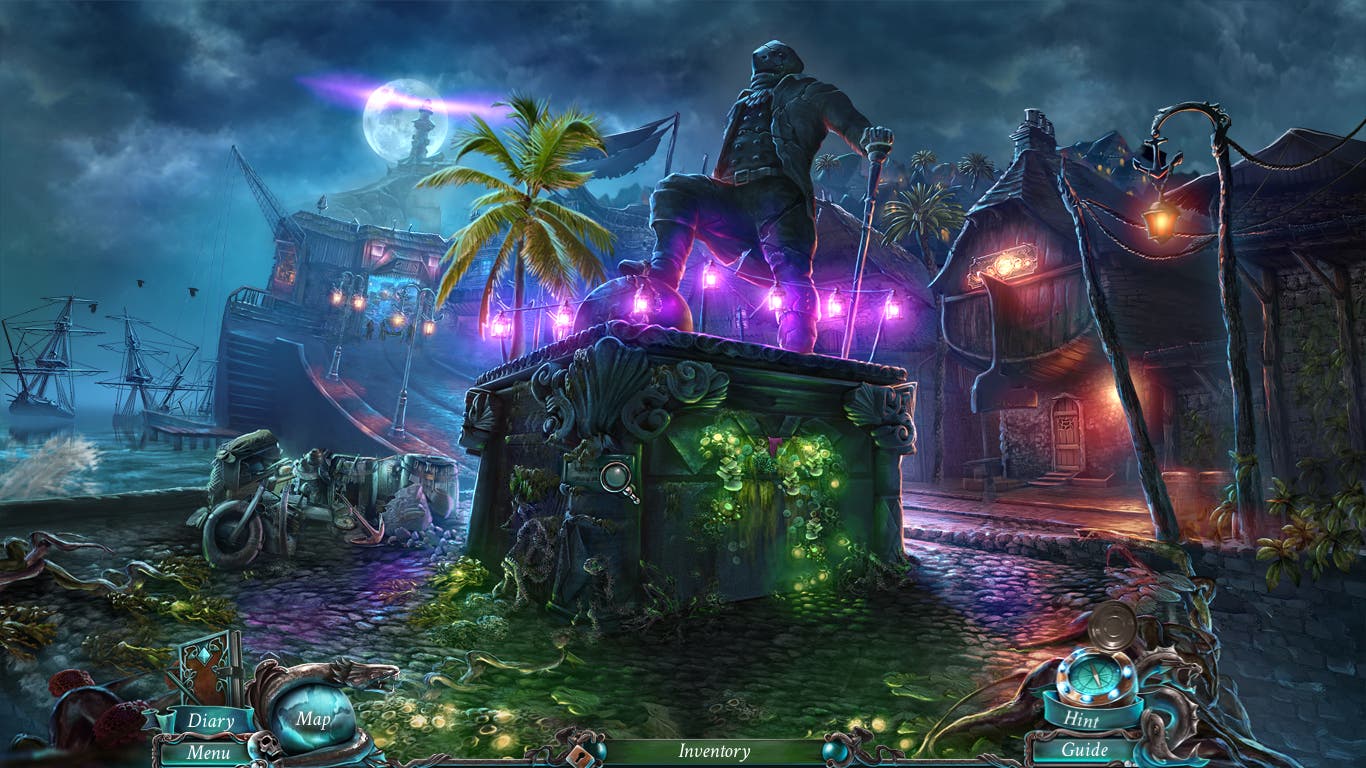 Nightmares from the Deep 2: The Siren’s Call Review After rebuilding the museum in the Caribbean, Sarah Black finds herself unearthing a newfound treasure that brings her to Kingsmouth, and island ravaged by Davy Jones’ curse that turns humans into fish-people. Nightmares from the Deep 2: The Siren’s Call introduces you to Calliope, the one who can help put an end to this, but is quickly snatched away by the recently turned mayor, Mayor Murray. – Other people to talk to regularly

Nightmares from the Deep 2: The Siren’s Call is all about more. There’s more involved puzzles, perhaps too many sliding tile puzzles, but ones that initiate more activity. Every scene, whether just viewing or interacting with, are much more detailed and appropriate for 1080p monitors, and the cutscenes get a boost too. The game was released in 2013, but animations look better, and no more pixelation when watching them. A complaint I had in my review of Nightmares from the Deep: The Cursed Heart, was that the map only told you were you were and where you had to go, backtracking had to be done manually. This time, any location on the map you’ve previously visited, you can teleport to. It is such a huge time-saver. While every scene created is great to look at, backtracking through all of it was always less than desired. This was a necessary and welcome change.

Whether you choose to play the hidden object games, or Mahjong, the game will require multiple playthroughs in order to get all of the achievements. By making the map system faster to flow through, it is a shorter game and thus easier to reply. When you buy the Steam version of the game, you again get the Collector’s Edition version which includes a bonus adventure, which is ancillary but actually concludes the story more solidly in getting Sarah Black home once more. And of course, after completing the core game, can replay puzzles, hidden object finds, or even download wallpaper containing the scenes from the game. The bonuses are really neat and are a treat for post-game completion. Nightmares from the Deep 2: The Siren’s Call is a very tightly paced, and focused game that’s entertaining from start to finish. It does bears resemblance to the game prior but makes many improvements all along the way. It does require you have knowledge of the prior game, and it only benefits from having done so. Nightmares from the Deep 2: The Siren’s Call is only the second part in now a formed trilogy, and the improvements made here show that the best is yet to come.