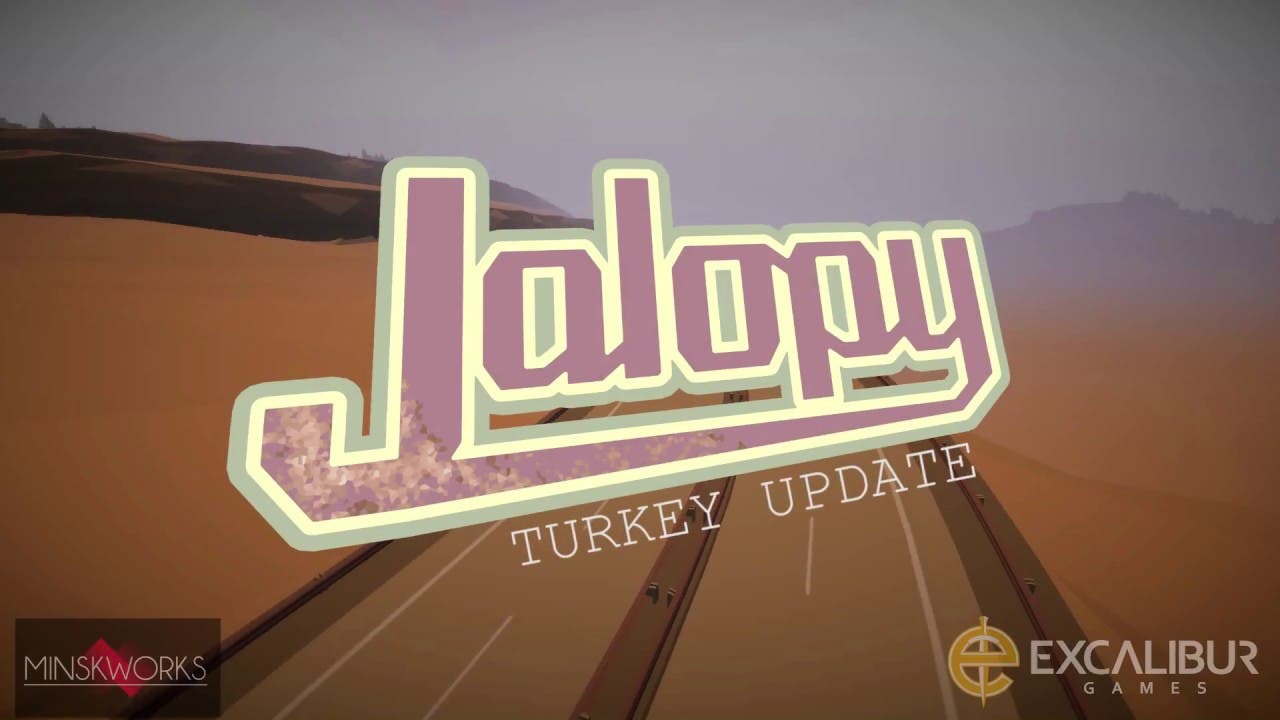 Jalopy’s Turkey update has arrived. The headline feature for this update is the brand new Turkey route – a fresh environment for players to explore!

In addition, two new pieces of original music have been added into the mix – Jeremy Warmsley’s unique collection of original Jalopy compositions has now been completed with the launch of this update. To celebrate, we’ve now released the official Jalopy Soundtrack on Steam!

Other new features include the tyre repair kit, meaning that players no longer need to replace tyres every time they are damaged. The game’s starring Laika 601 Deluxe now has a randomly generated licence plate for each player, which adhere to real world licensing procedures in the DDR. Players who want to dig a little deeper into their Jalopy’s history can decipher their licence plate to find out more about their in-game Laika.

Last but not least, the Turkey update allows players to drive all the way back home, after completing their road-trip! The Uncle eagerly awaits players’ return home, where this whole journey started…