Dauntless gets “Forge Your Legend”, the first major update and Halloween-themed event Phoenix Labs announced that their co-op action RPG, Dauntless, has released its first major Closed Beta content update with the “Forge Your Legend” update. The latest content update yet incorporates a range of player feedback from the first months of Closed Beta. The expansion also adds a series of new features including a revamped introductory experience, the Halloween-themed Dark Harvest event, brand new customization features and more.

Phoenix Labs is dedicated to continuously improving and expanding the player experience by regularly releasing updates and new content to Dauntless. In addition to regular smaller updates, large scale content expansions will add new features, in-game events and provide more ways for aspiring Slayers to enjoy the Shattered Isles with their friends in the Dauntless.

The Dauntless “Forge Your Legend” patch will include:

In December, the next major Closed Beta expansion will reimagine the Dauntless story and progression, providing players with more exciting hunting options and activities. Slayers will also be able to master a brand new weapon class and expanded combat abilities, while customizing their weapons and armor in a new gear progression system. Two new Behemoths will also begin stalking the Shattered Isles, providing players with new challenges to overcome.

New screenshots and assets from the “Forge Your Legend” update including the revamped character customization, Dark Harvest and art of the new Behemoth can be found here. A blog post on PlayDauntless.com provides additional details about the content update and can be viewed here.

Dauntless is currently available in Closed Beta and will be launching in Open Beta in 2018. Players interested in signing up for the Closed Beta or purchasing a Founder’s Pack can find out more by visiting the following link here. 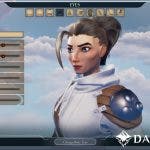 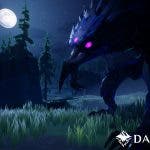 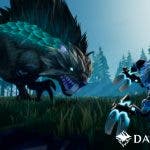