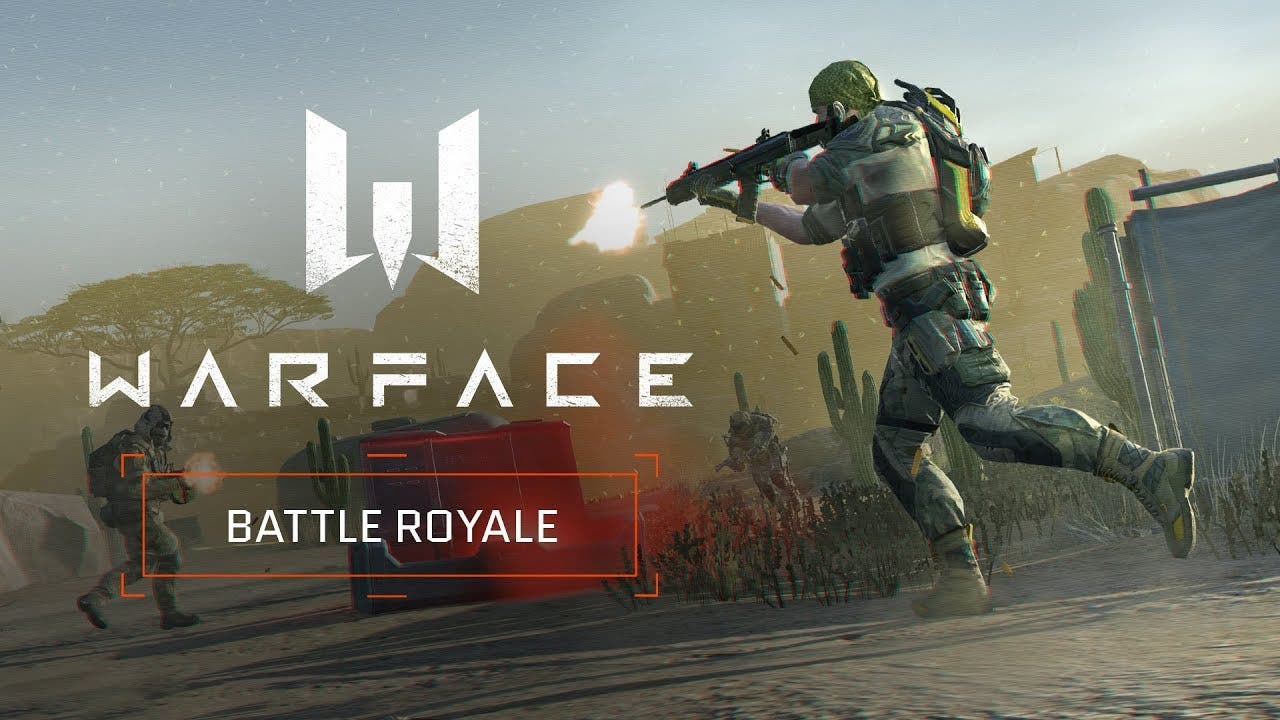 Global publisher My.com is pleased to announce a new update has released today for their popular online shooter Warface which introduces the all-new Battle Royale mode, new weapons, new camos, and a new rank. Also included in the update is a brand new PvP map created especially for the Battle Royale mode and marks Warface’s largest map to date.

In the experimental PvP-mode Battle Royale, a player faces off against fifteen opponents, evading the rapidly increasing death zone and eliminating each other until one victor rises out of the fierce free-for-all combat. The mode combines Warface’s largest PvP map to date with more than 70 different weapons and equipment for players to discover and adapt to the mayhem. Participants are dropped into the Mojave Desert, without any firearms initially. Scattered around the desert, players discover crates containing upgrades to their arsenal. Periodical airdrops with more valuable weapon caches, will be sought after by all contestants.

Hiding is not the best strategy in Battle Royale – the territory for battles decreases all the time: invisible borders are compressed around the fighters, killing everything left behind them. Quick movements, cunning ambushes and sudden elimination of rivals is the only way to win. The map of the new mode is vast in comparison with other maps in the game, and the terrain features provide a lot of opportunities for players to implement their tactical skills.Developer Crytek has painstakingly crafted the Battle Royale mode to combine the special atmosphere of its survival warfare with Warface’s original gameplay. During the first weeks of the update, the developer will actively collect feedback from players to determine the future development of the mode.In addition to the Battle Royale mode the update includes new weapons such as the powerful Desert Tech MDR-C, a bullpup SMG produced by a US-based company. Its features include a comfortable recoil, fast reloading and increased damage which provides great penetrability against helmets, even with a silencer. The update also includes the introduction of the 88th rank, weapon skins such as the Desert camo skin, the Karkom Desert and the Jungle skin on top of rebalanced the game-client security system.