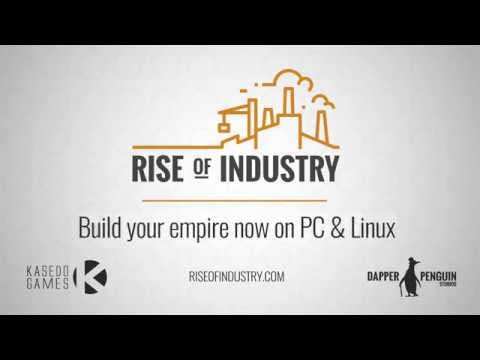 Rise of Industry gets major overhaul showcased in new trailer

Leicester, UK, 20th June 2018 – The days of the classic tycoon game are back as the 90s inspired game Rise of Industry has launched its major overhaul update on Steam Early Access and GOG.

Update ‘Alpha 6’ contains a complete rework of the tech-tree, plus new features that put you further into the shoes of a 20th-century industrialist. These features now include the addition of contracts, end-game content, terraforming, a new economy, automated warehouses and more.

The latest features which were soft launched to Early Access testers have been met with massive approval from players with the average 30-days Steam review score currently sitting at over 90%.

Rise of Industry was shown to press at E3 last week picking up a ‘Best of E3’ nomination in the process. The latest development roadmap showing all the planned additions to the game was also revealed at the show and can be found here. The roadmap shows the post release schedule which will see additional features like multiplayer being added free of charge.

For more information about Rise of Industry or to become part of the community please visit: