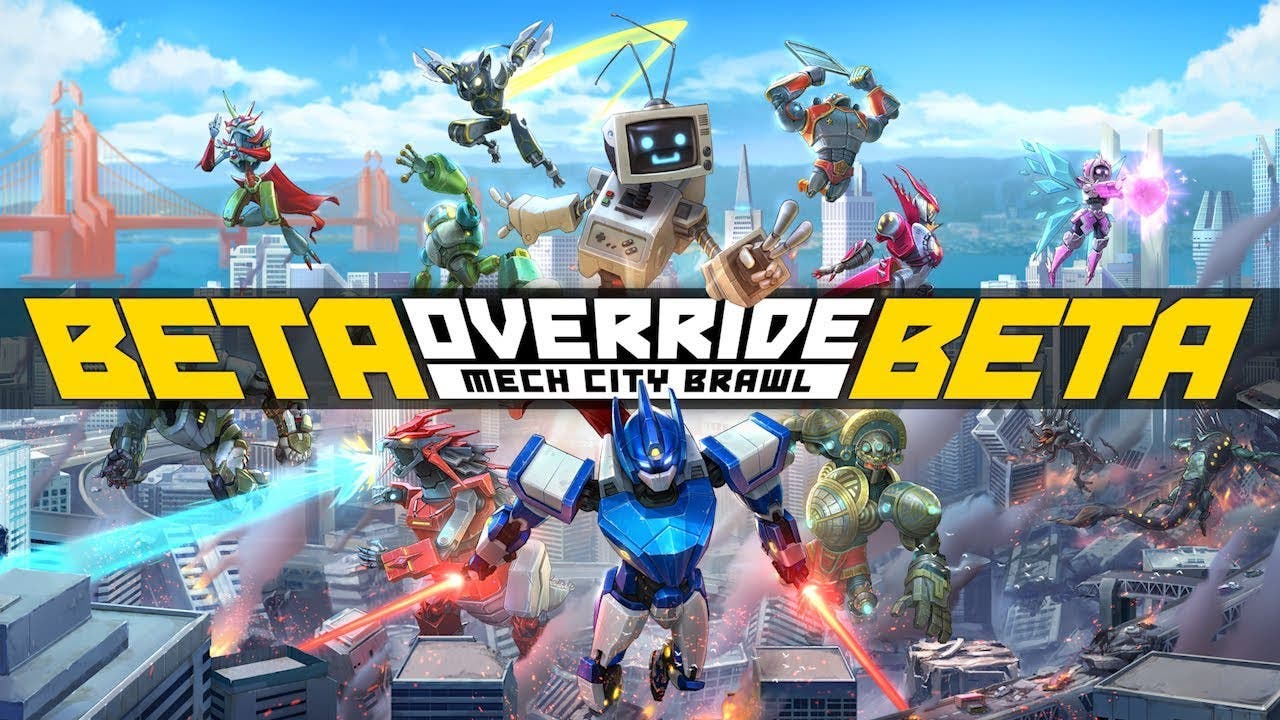 Override: Mech City Brawl getting a Closed Beta this weekend, you can sign-up now to get in on the action

August 8, 2018 — Override: Mech City Brawl will be flexing its muscles this week in the game’s Closed Beta event, running August 10-12, 2018. Players will be able to flatten cities inspired by real-world locations as a range of towering characters, including a fish-luchador hybrid bot named Pescado and an enormous lizard mech called MetaGeckon. A new video highlights what players can expect in the Closed Beta.

The event will give players the chance to experience fast-paced mech brawls while the developers get a feel for the overall balance of the game. The full game will include the features listed below. Please note that not all features will be present in the Closed Beta.

While streaming of the event is only allowed on PC, participants can play via PlayStation 4 and Xbox One as well. Sign up now at Overridegame.com

Join in the conversation on the official Override channels: