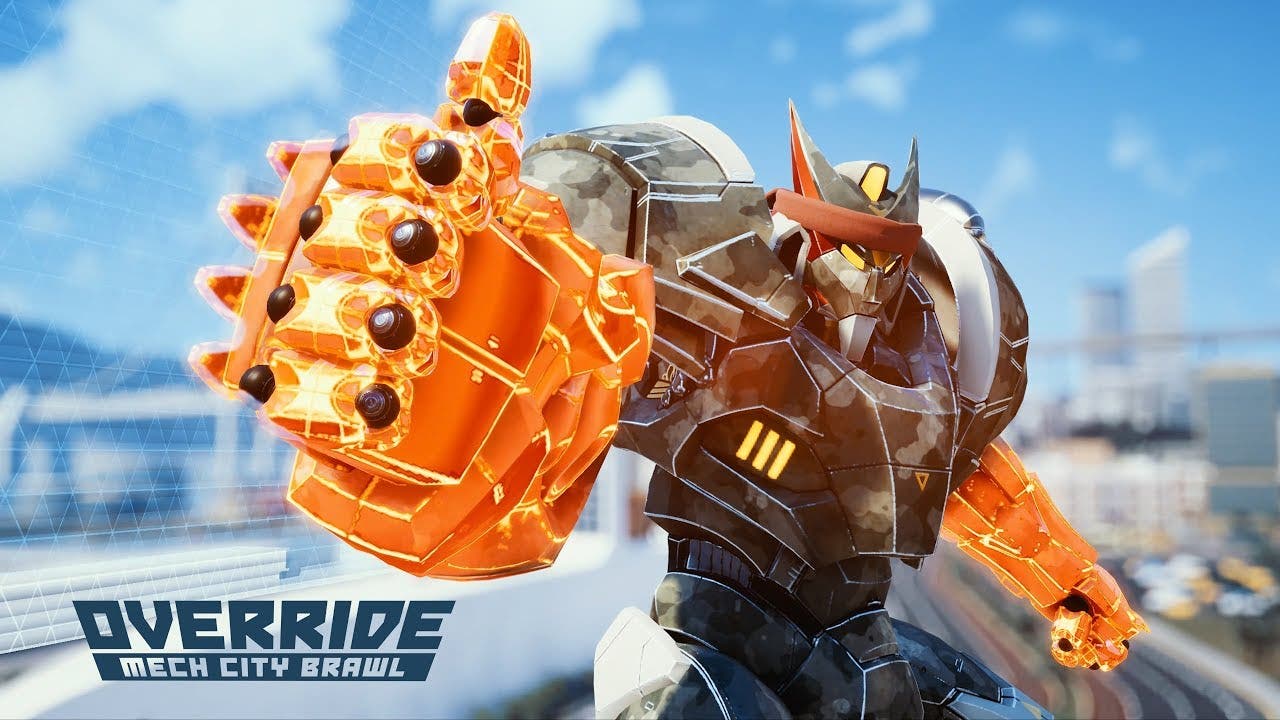 November 30, 2018 — Walnut Creek, CA – With its December 4th launch looming on the horizon, mech-tacular party brawler Override: Mech City Brawl has fired up the engines of its launch trailer. From wanton city destruction to a red-hot fight on the moon, get a look at each of the 12 mechs that will be battling it out when the game launches next week.

Featuring a wealth of multiplayer modes – both local and online – as well as a solo campaign, there’s no shortage of ways to punch mechs in the face. Feel like tinkering with your favorite contender? Take a step into the Garage and equip all manner of skins and cosmetic gear so you can brawl in style.

Whether you’re a fighting veteran or looking to get into your first brawl, Override: Mech City Brawlhas a mode for you. Want to party with friends? Hop into party co-op where players team up to pilot different parts of the same mech. Take a look below for a breakdown of the key features you can look forward to when the game launches on December 4th.

Override: Mech City Brawl arrives on PS4, Xbox One, and PC on December 4, 2018 for $39.99 for the Super Charged Mega Edition that includes the Season Pass, and $29.99 for the digital-only Standard Edition. The Super Charged Mega Edition, delivering new mechs and skins post-launch, is available in both retail stores and digitally. Pre-order or Wishlist on Steam today!