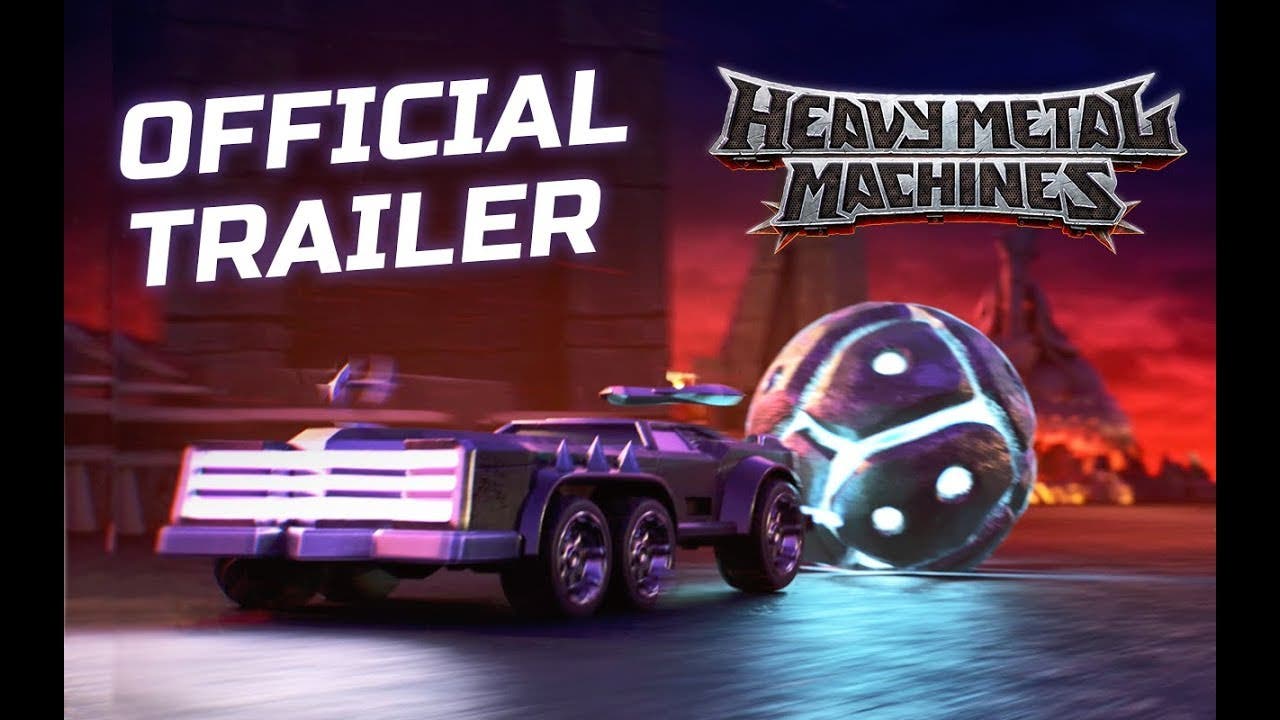 A new trailer to celebrate the upcoming release can be viewed here.

Featuring fast-paced competitive multiplayer combat, Heavy Metal Machines is available on Steam or a downloadable game client, and sees two teams of four players battle it out across a number of deadly arenas. Competitors race to pick up a bomb, using it to score and ultimately destroy their opponent’s base, while fending off enemy hot rods and explosive attacks. Prospective road warriors can choose from 14 colourful characters, each bringing their own turbo-powered death machine, each featuring unique abilities and powers. Driving is surviving, but teamwork is key as pilots need to work together in this MOBA, taking on specialist roles such as interceptor, transporter or support.

The new progression system, ‘Metal Pass’, will be featured at launch, offering both newcomers and veterans of the game a multitude of missions and rewards to pursue across 50 different levels. Season-based, successfully finishing the tasks will allow players to garner new characters, skins, in-game currency, portraits, XP boosts and much more across two different tracks, one free and the other premium, offering more quests and bigger rewards.

“Years of hard work from a very talented team has led us to the release of Heavy Metal Machines,” said Rodrigo Campo, CEO of Hoplon. “We are very excited to ‘turn the switch’ and officially launch our game, which we hope brings innovation and something unique to the free-to-play and esports scene.”

“The official launch is just the start,” said Tatiana Moreira, Hoplon’s Marketing and Publishing Manager. “We are committed not only bringing regular updates with new content but, above all, we are emphasizing esports and organising tournaments for our global community.”

Since launching into Steam Early Access in 2017, Heavy Metal Machines has been downloaded more than 800,000 times. The open beta period has seen Hoplon add two new arenas, update the roster of crazy characters and vehicles to 14, bring dedicated North American servers, as well as set up competitive tournaments featuring cash prizes across the globe.