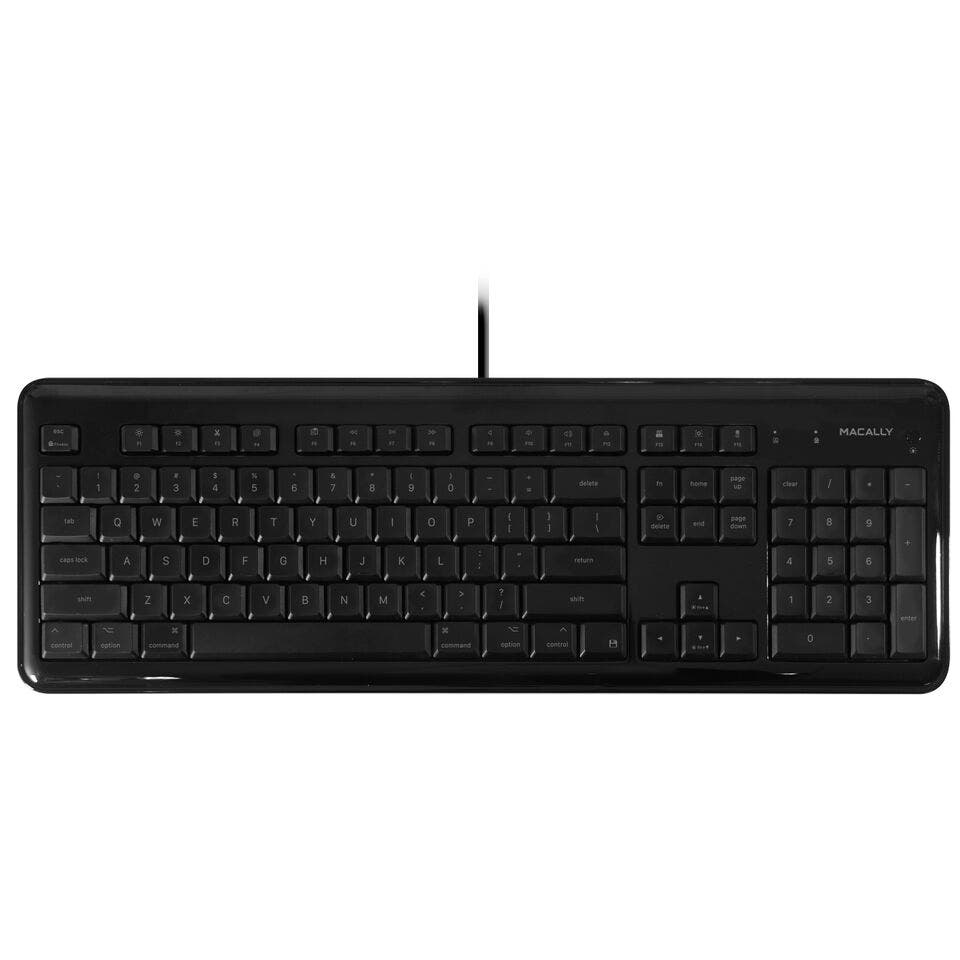 In a category with a nearly infinite number of options available, finding the right productivity-focused keyboard can be difficult. Of course, the more specific your needs, the easier time you’ll have narrowing down your choices. If you happen to be on the hunt for a Mac-specific keyboard, scope of your decision-making instantly shrinks to a much more manageable size, and you can sometimes have the opposite problem of not having enough distinct choices to consider. Enter the Macally XKEYLED, a keyboard specifically designed for use with macOS, sporting a sleek design and an impressive feature set over many competing keyboards, and at a respectable price. 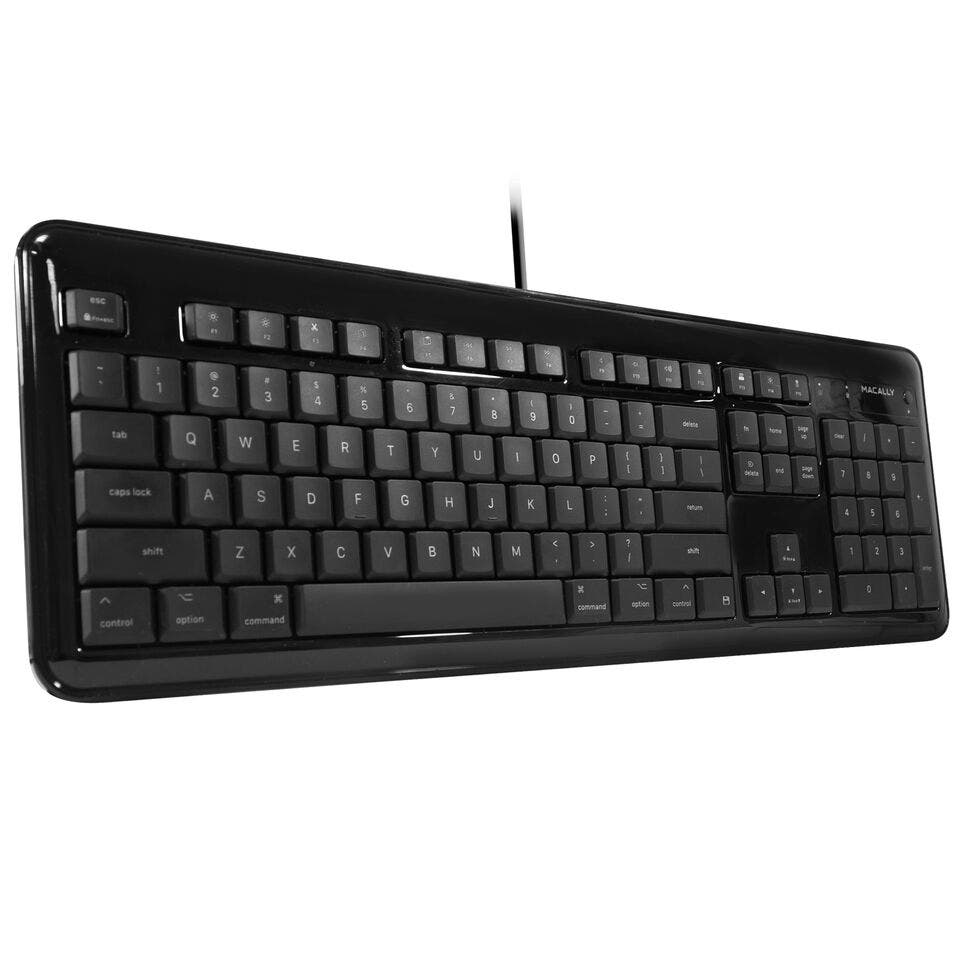 The XKEYLED is a fairly standard membrane keyboard, so if you’re looking for something with mechanical switches, this may not be the deck for you. That having been said, the membrane switches are fairly responsive and not too mushy, and they feel nice to type on.

Other than sporting “command” and “option” legends in lieu of “control” and “alt”, what makes this keyboard a uniquely mac-focused peripheral is the inclusion of a variety of shortcut keys on F1-15, all mapped to common operations that mac users expect from the stock keyboard. This includes basic functionality like copy and paste, media keys, and volume control. There are also some dedicated shortcut keys for print and taking screenshots. Perhaps most interestingly is the lower-right key typically used for “function” on a standard keyboard has been swapped out as a dedicated “Save” key complete with a floppy disc icon for a legend. Presumably it’s just sending the “command” and “s” keycodes when struck, but if you’re working in productivity suite applications or even Adobe Creative Suite, this might prove useful. On the other hand, the placement is relatively awkward and may prove difficult to hit.

Generally I’m not convinced that shortcut keys are particularly useful for anybody who is a moderately skilled typist and/or who is already well-practiced at using built in key commands, but for touch typers or folks who either can’t or don’t want to remember keyboard shortcuts, these pre-set keys may be a serious boon. Of course, it goes without saying that more functionally focused keys like brightness, volume and media control are welcome features that will get plenty of use. 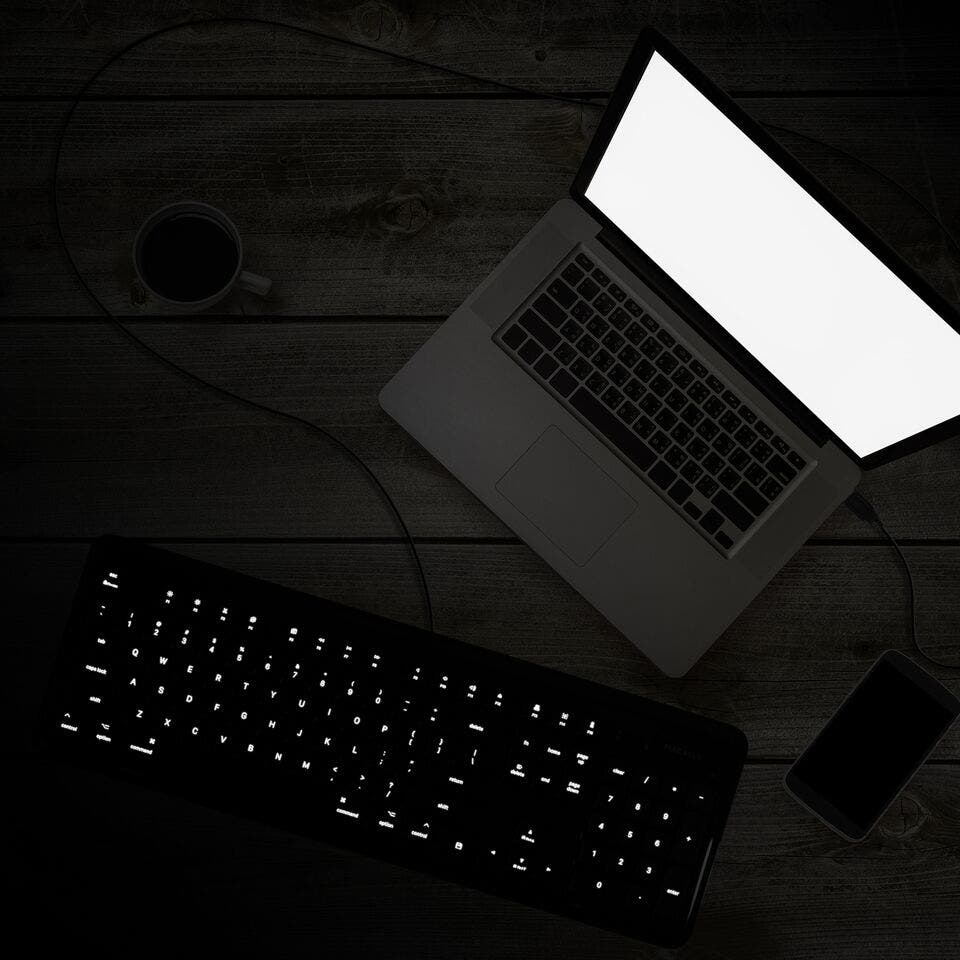 The XKEYLED’s primary feature is its backlighting, which is a novelty add for some users and a must-have for others. The backlight can be cycled through three brightness settings, or turned off entirely via a dedicated button. Personally, I prefer the approach used by Apple keyboards in which there are brightness up/down keys and going all the way down turns the backlight off, but this choice makes sense for a keyboard without automatic brightness adjustment.

The backlight works well enough; it’s not overly bright, and does a good job of keeping the legends visible in low/no light. However, the technique used to allow the backlight to shine through the legends leaves them largely transparent, unlike Apple’s keyboards which still sport bright, readable legends with the backlight off. So if you’re in a bright sunlit room, even with the backlight on, the legends are surprisingly difficult to read, as they end up looking like a slightly lighter gray than the key caps themselves. If you turn the backlight off, this effect is even further enhanced, to the point where I would likely not recommend turning the backlight off in any situation. 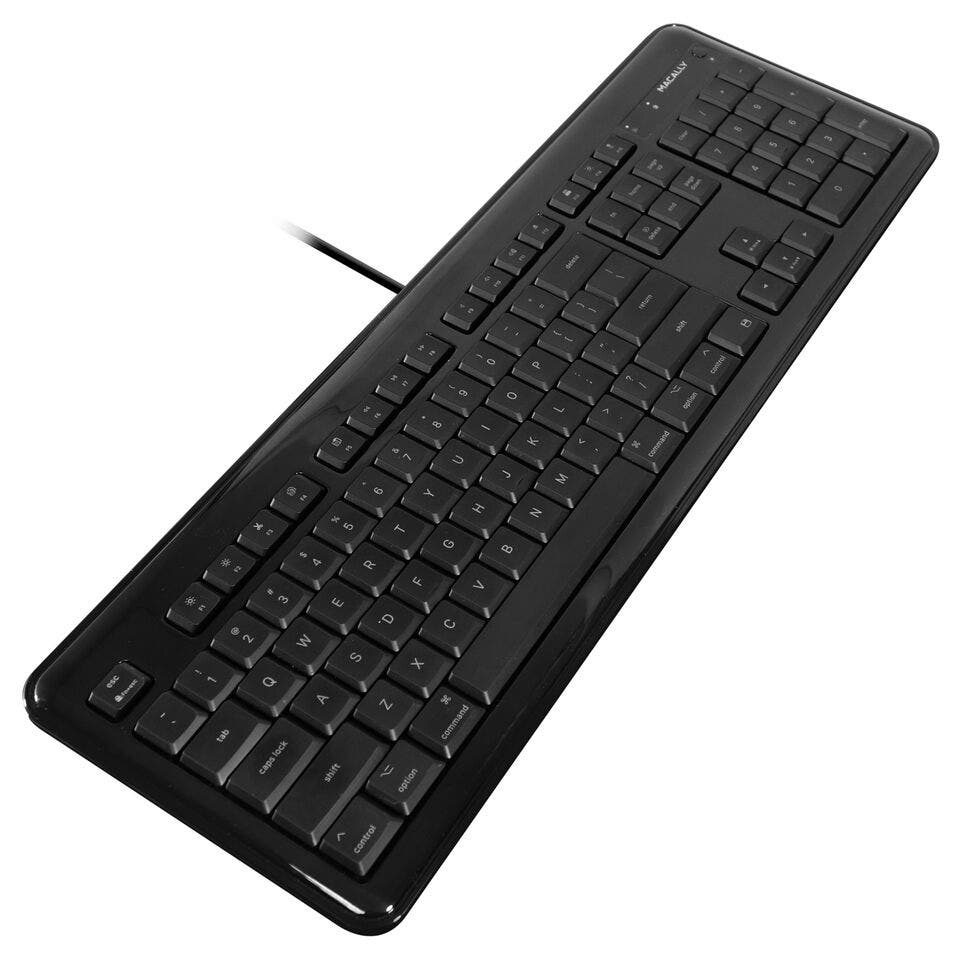 The overall design of the keyboard is visually pleasing, sporting a glossy bezel which is a bit large but still fairly clean looking. That glossy bezel may be prone to showing off palm smudges over time, though I’ve not used it long enough yet to tell just how permanent of an issue that could be to the finish. It looks great against an extra-wide mouse mat, or a wood desk, especially with the backlight turned on. The keys feel nice enough to the touch, striking the right balance of smoothness and resistance. While this is kind of a must for any decent keyboard, it’s remarkable how many boards use cheap caps that feel too tough or too slick, and you want those fingers to both glide and stick when they ought.

The packaging is nothing to write home about, and overall the fit and finish is fine. The F10 key on the unit I reviewed came attached upside down, which could be indicative of a lapse in quality control or a lack thereof, but seeing as none of the actual functionality of the keyboard seems amiss, I’m going to chalk it up to human error. 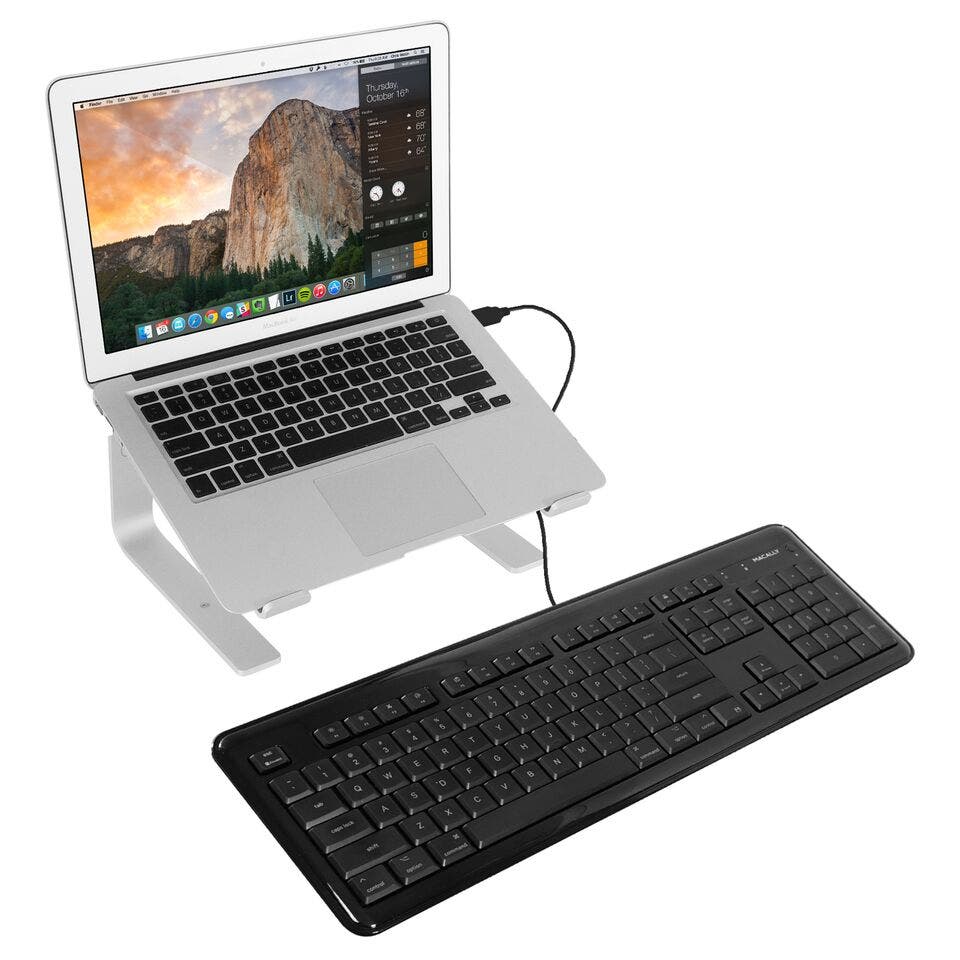 The XKEYLED is exactly what it purports to be, and nothing more. For $60, I’d consider this to be a good value among other keyboards on the market, particularly given the inclusion of the backlight feature, which I think goes a long way toward setting it apart many other keyboards on the market. It looks like a premium product on your desk and if you consider the alternative of ponying up $129 or more for an official Apple keyboard ($149 if you want the space gray option!), the value proposition of the XKEYLED becomes readily apparent. If you’re in the market for a new keyboard for day-to-day work and perhaps some light gaming (nothing requiring twitch reflexes), the XKEYLED is a solid option and a great alternative to Apple’s keyboards and outranks much of the competition.

An XKEYLED was provided by Macally for review purposes