Salt and Sanctuary was released back in 2016 and was reviewed by yours truly here at Saving Content. Back then I enjoyed my time with the game on PS4 and gave it a solid 4 out of 5. There isn’t much to say about the Nintendo Switch port, it’s just a straight port. There is no new content for those who would like to play this game on Switch. The bonus here is that you can play on the go. I do recall the game being released for the PlayStation Vita as well, but with the Switch’s larger screen and the ability to dock in front of a TV, this would be my choice for on-the-go Salt and Sanctuary. Especially with the smooth 60fps the game runs at; I haven’t run into any hiccups in my playthrough. 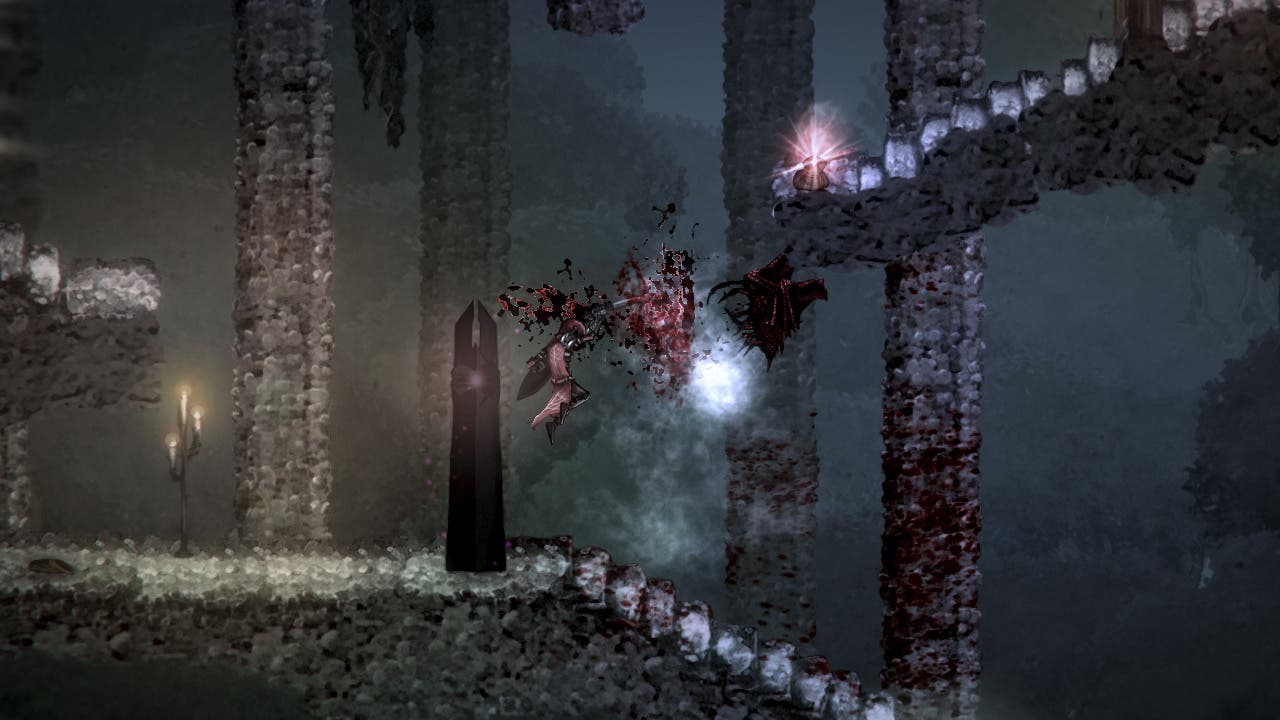 My only gripe with the Switch port doesn’t have much to do with the game itself, but rather the way the Switch’s HD rumble. When playing in handheld mode, the rumble is so loud. Sure you can turn up the audio to drown it out, but when playing in a room of other people, that’s not really an option. My solution was to turn off the rumble or use some headphones. I could be totally wrong and that this is an issue the devs could tackle, but it’s such a minor issue as the game plays just as wonderfully as it’s other versions. It’s still quite fun to play.

For those who are unaware of the game, Salt and Sanctuary is a 2D Dark Souls. I don’t want to be reductive, but it is heavily inspired by that genre, it just has that Ska Studios signature art and flare mixed in. Like I mentioned earlier, it’s a straight port so the game is still the same as when I reviewed it back in 2016. You’ll get access to a character creator to choose gender, nationality, class and so on. Salt and Sanctuary has multiple classes and they all feel different to play, so each playthrough can feel unique. The world of Salt and Sanctuary is mysterious and you’ll piece together it’s lore as you progress. You’ll encounter many pathways and shortcuts, some of which will require you to return with the correct item to progress. Basically, the game has a Metroid-vania feel. Although Dark Souls does the same thing, just in 3D. So one could argue Dark Souls is just a 3D Metroid-vania right? 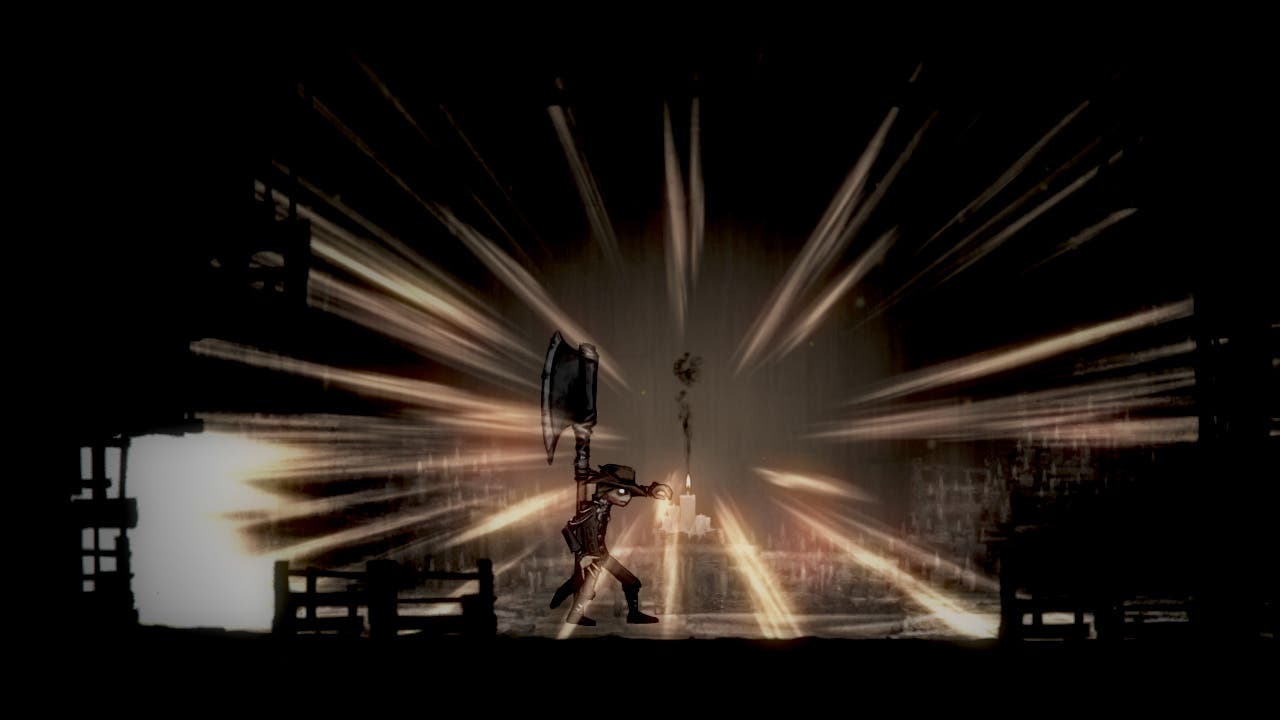 Salt is your currency and you use it to perform upgrades at your sanctuary. You can lose salt if you die, but as with this genre of game, you can make a run back to pick up your lost salt. What’s helpful is that the game will highlight which enemy has your salt so you can focus on them and get the hell out of there. At 60fps the combat is smooth, Ska Studios has always had tight combat and it’s no different in Salt and Sanctuary. Attacks are responsive and the timing for dodges & parrys never feel like the game is cheating you. If you screw up, it’s your own fault. 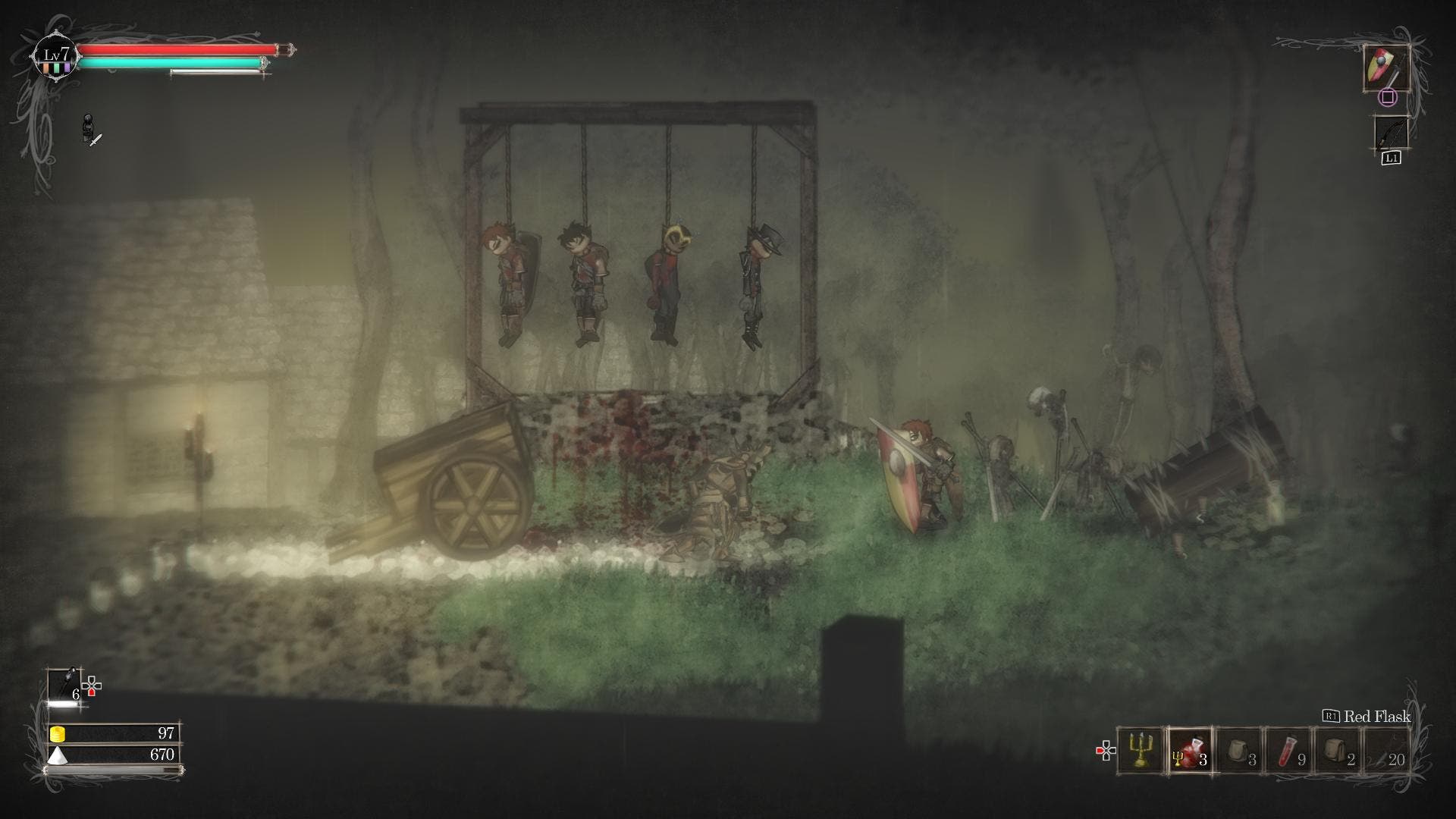 When the game first released, it came out around the time of Dark Souls 3 so it shared some of that same space with a game that already has an established base. With the Switch port of Salt and Sanctuary, I feel like this is as good a time as any to pick this one up and give it a shot. If you enjoy these styles of games you can’t do much better in 2D than Salt and Sanctuary.