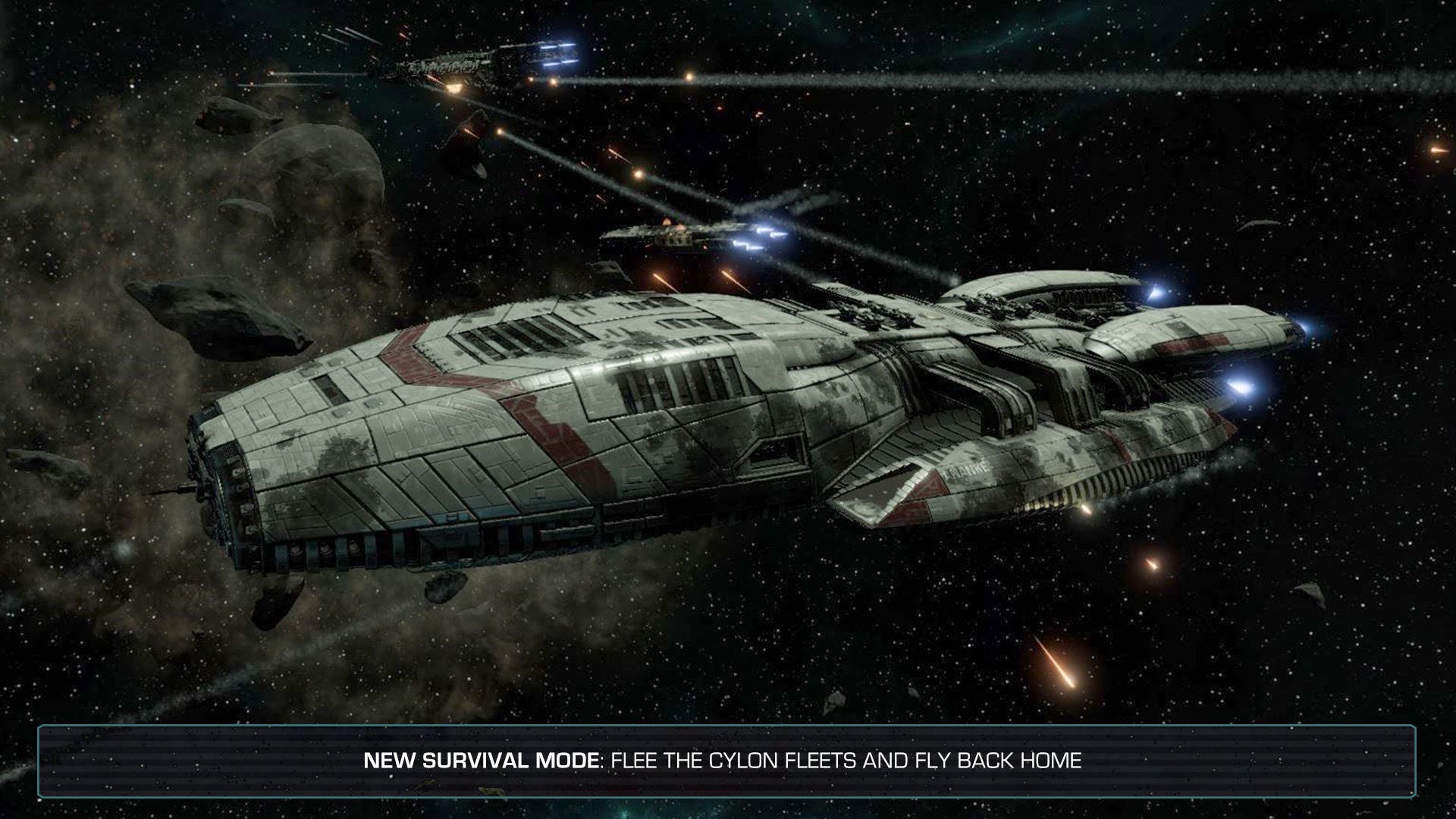 Battlestar Galactica Deadlock, one of the best 2017 strategy games for Venture Beat, is expanding again. After the Broken Alliance new single player campaign in which you had to face a potential “civil war” between Colonial Fleets, now it’s time to face the desperate situations of the Anabasis DLC.

Named after Xenophon’s best known work, this DLC offers the new survival/skirmish mode, called Operation Anabasis: you will be in command of a single fleet, comprising of both military and civilian ships. Your task it to flee and survive, and lead your soldiers and colonists back to Caprica. You will be hunted relentlessly. Jump after jump, you will find no reprieve.

Each playthrough will be unique and completely randomised: you can choose the location of your next jump, and every location will have a different set of potential bonuses and penalties. You can customise your fleet, but remember: to survive, you need to flee, and time is against you. The Cylons will keep coming.

Anabasis is the most significant expansion for Battlestar Galactica Deadlock up to date, completely revolutionising the game: it introduces a new game mode and also adds 11 new skirmish maps, 4 new ammunition types and 12 new resource missions.

New survival mode
In the new survival mode you will be in command of a single fleet, comprising of both military and civilian ships. Your task it to flee and survive, and lead your soldiers and colonists back to Caprica.

New Skirmish Maps
This expansion adds eleven new maps, available in single player or multiplayer skirmishese. They are incredibly thematic and add great variety to the existing maps set. You can now fight in orbit of Caprica, scrambling with Cylon ships above the upper atmosphere of the planet. Face multiple clusters of dangerous neutral minefields in the new Vallum map, or hide in the gas nebula of the Niflheimr map.

New ammo types
New munition types that can be used in any game mode, for greatly increased tactical variety! Now Colonial and Cylon admirals will have more tools than ever at their disposal.

Debris mine – The debris mine is a directional remote frag mine, a new style of area control tool directed at controlling the airspace of squadrons. This ammo deploys like a mine: however, once it reaches its destination, it automatically detonates. It is usable by Colonials.

Comet PCM – The Comet PCM is an unguided ballistic projectile for Cylons, consisting of a modified jamming suite and a homing device. The Comet is launched at an enemy ship and attempts to subvert any guided missiles whose path it crosses. It reprograms the guided munitions to follow the Comet, hopefully into the enemy ship.

EMP Generator – EMP generators are a method of discharging an electromagnetic pulse under “ideal” situations, damaging nearby Cylon capitals while minimising the damage to your own systems. This is usable by Colonials only. When used, instead of launching a missile from a missile tube, the launching ship winds up its generator for a period of 3 seconds, after which an EMP pulse is released, centered on the launching ship.

Scrambler – The Scrambler is a defensive sentry munition that projects an ECM field, scrambling the enemy’s DRADIS and target locks. Unlike other mines, the Scrambler will trigger if any unit – friendly or hostile – crosses the detection border. When triggered, the Scrambler deploys an ECM field of a 400U radius. All friendly units within the ECM field have their target lock removed, effectively making them hidden against guided munition attacks. Additionally, any hostile units inside of the ECM field are automatically identified and have the Maximum Strength of their Tech Bay reduced. This drastically hinders their DRADIS capability and makes them susceptible to hacking attacks or early guided munition launches.

New resource missions
Twelve new resource missions are now available in the campaign. This increases the single-player campaign’s variety immensely, making you face plenty of new situations, like planting a new experimental virus in the Cylon command ship or reach an Intel satellite before the Cylons beat you. 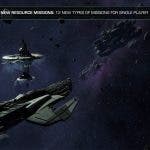 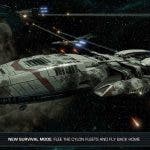