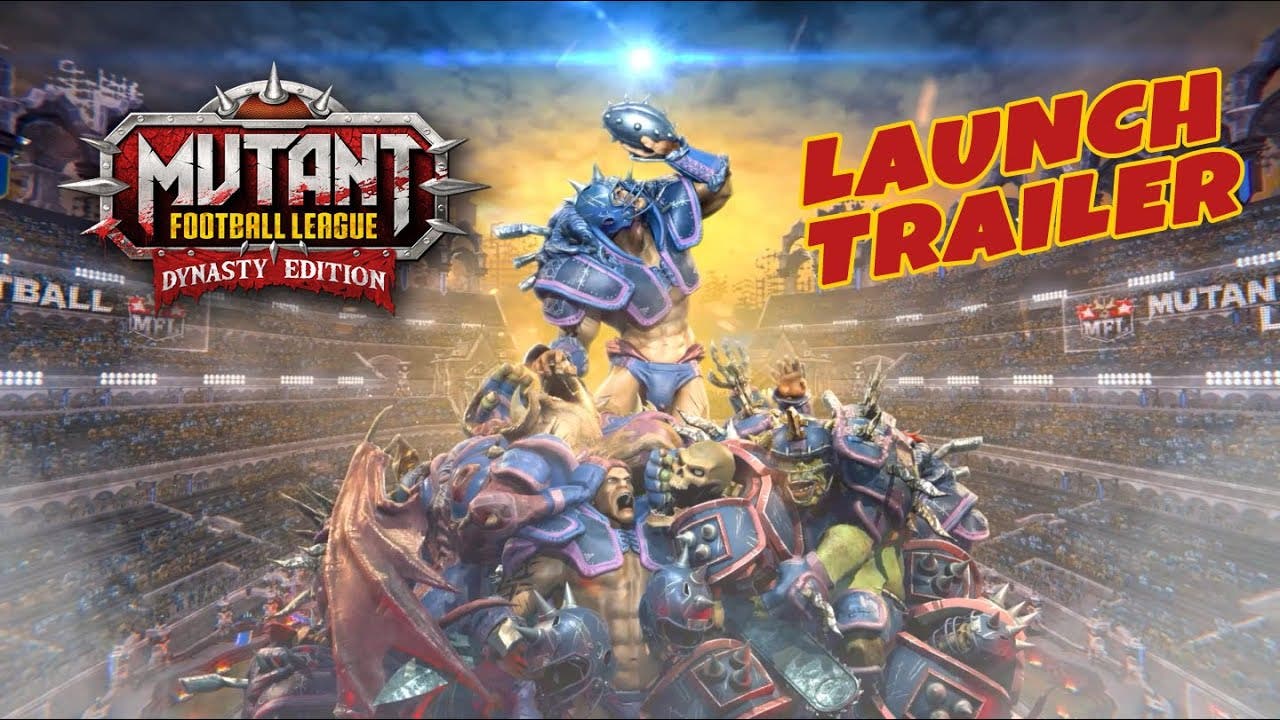 CHICAGO – Oct. 30, 2018 – While certain professional football leagues are toning down hits and physical play, Mutant Football League is turning up the brutality even further with the release of the new Dynasty Edition, available now both digitally and at retail for the Nintendo Switch system, PlayStation®4 computer entertainment system and Xbox One, and digitally for PC/Steam.

“Our passionate and dedicated community asked us for new ways to expand their Mutant Football League experience beyond the core gameplay,” said Michael Mendheim, Creative Director of Digital Dreams. “The new Dynasty Edition gives players more bone-crunching content than ever before, including a highly requested single-player campaign, and fun new teams and tricks to try out solo or multiplayer.”

To stay up-to-date with Mutant Football League, check out:

Developed by Digital Dreams Entertainment and distributed by Nighthawk Interactive at retail, Mutant Football League: Dynasty Edition is available for $29.99 digitally on PC/Steam, and both digitally and at North American retail for Nintendo Switch, PlayStation®4 system, and Xbox One. Pricing includes DLC content for all platforms. Players who already own the game can pick up the Dynasty Fully Loaded Bundle for $10.99. The game is rated M for Violence, Blood and Gore, Drug Reference, Strong Language and Mature Humor.