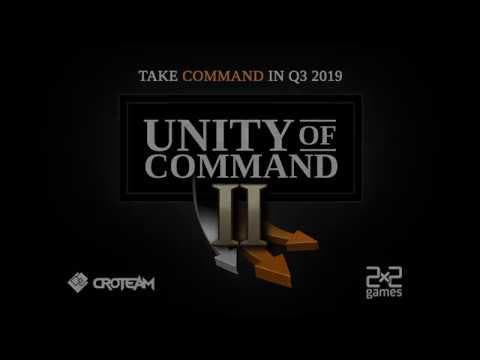 Unity of Command II announced by 2×2 Games and Croteam, coming to Steam in Q3 2019

ZAGREB, CROATIA – Feb. 28, 2019 – 2×2 Games and development partners Croteam have announced that Unity of Command II will be arriving on Steam for PC and Mac in Q3 2019. Fans can wishlist the game on Steam to subscribe to updates throughout the year and be alerted when the game launches.

The original Unity of Command, released in 2011, was one of the best-reviewed and best-selling historical wargames ever made. Rock Paper Shotgun called it “the perfect gateway game” into turn-based strategy.

Unity of Command II has been built in a brand new 3D engine and is packed with new gameplay mechanics and features that will surprise and thrill fans of the original game. Newcomers to the series and to wargaming in general will find that Unity of Command II continues the original game’s commitment to polish and accessibility, making it the ideal introduction to the genre.

In Unity of Command II, players will take on a dynamic campaign leading the Western Allies against the Axis powers from 1942 to 1945: branching missions and dynamic objectives mean that no two play-throughs will ever be alike.