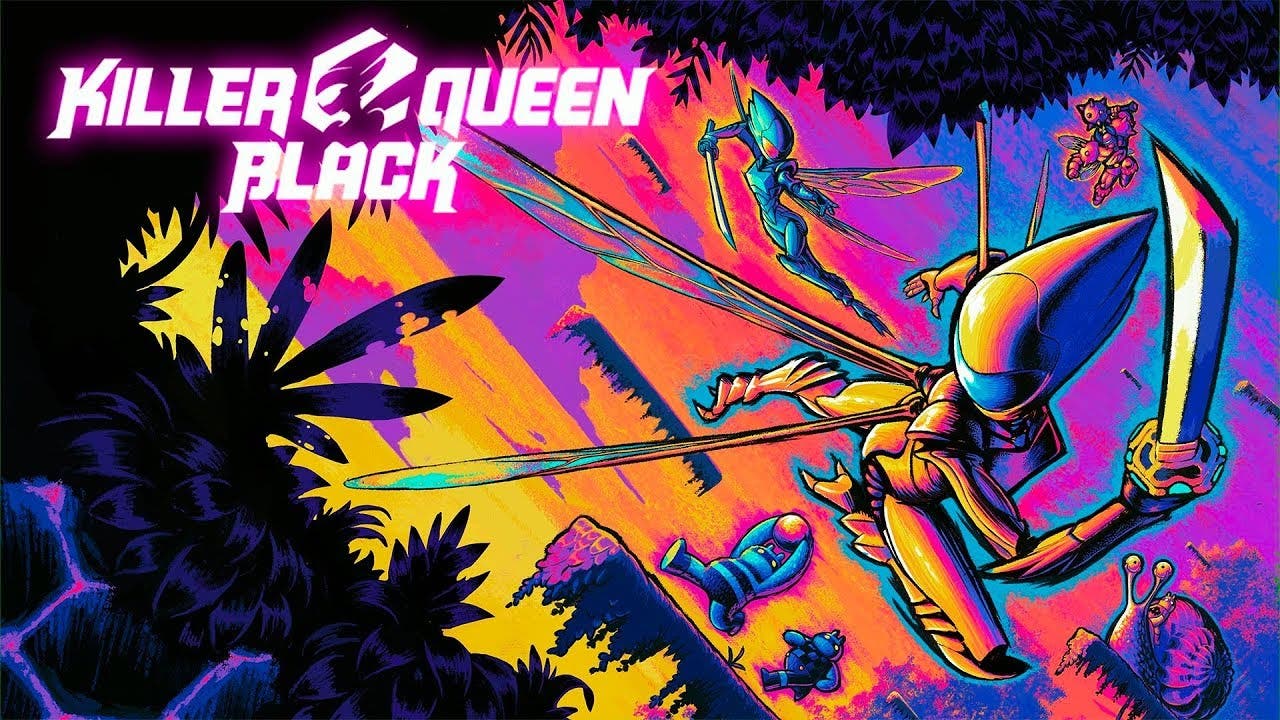 CHICAGO — March 6, 2019 — Killer Queen Black, the strategic eight-player arcade action platformer from Liquid Bit and BumbleBear Games, will create a buzz on Xbox One in Q4 2019 launching soon after the previously announced Nintendo Switch and PC releases landing in Q3 2019.

Killer Queen Black’s focus on cooperation and communication means the more players, the merrier. Gather friends locally or on Xbox Live to form two teams of four and fly onto the battlefield.

The Blue and Gold teams each consist of one powerful Queen and three Workers. Armed with a stinger-sword and wings, the Queen excels in maneuverability and offense. Queens are also responsible for claiming power-up gates that empower and upgrade Workers in exchange for berries strewn about the stage.

Excelling in adaptability, Workers are essential to victory. Completely defenseless in their base state, Workers are initially only able to protect themselves by throwing berries at attackers, to buy time. However, by taking a berry to a power-up gate, they can gain speed boosts or become Soldiers. Armed with Swords, Laser Rifles, Morning Stars, and more, Soldiers can take out other Workers or even take on the Queen herself. Combine speed boosts with weapons and become dreaded Speed Soldier.

All of the action is locked onto one screen, so every character is visible throughout the match. Communicate and keep an eye on the enemy as they strive for one of three victory conditions: Economic, Military, and Snail. Economic Victories are earned when Workers collect berries and fill their hive before the other team can do the same. Military Victories require three Queen kills in a single game. Snail Victories are secured when Workers slowly ride the snail in the middle of the stage into their own goal, unnoticed under a veil of chaos.

Fight well for a chance to become the Black team. There’s only one Black team in the world at any given time, signified by their glowing outfits. Take them down and take their mantle. These matches are always broadcast for the community to watch, making the prestige (and the outfits) highly-coveted.

“Killer Queen Black’s arcade roots give it a pick-up-and-play nature,” said Matt Tesch, co-founder of Liquid Bit. “Bringing the game to the Xbox One is another way for us to extend that accessibility so more people can join the ongoing battle.”