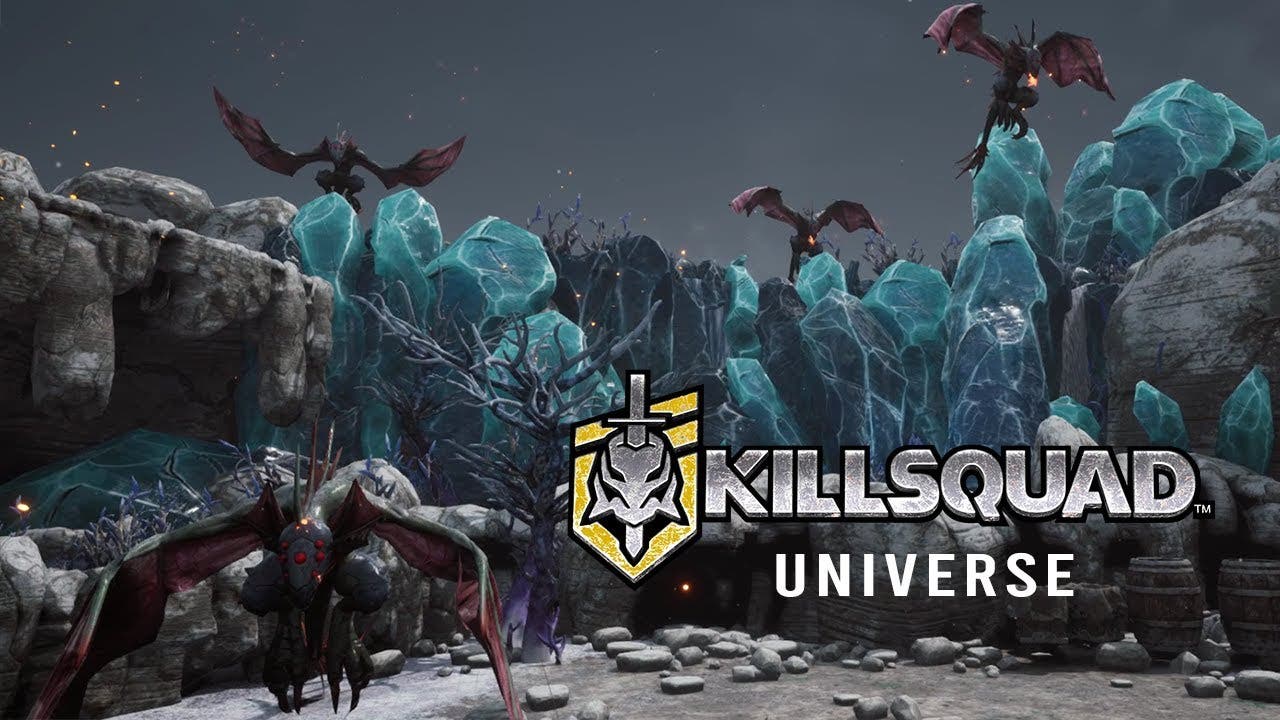 Today indie developer Novarama published a new developer commentary video presenting the pulp sci-fi Killsquad universe. The video delves deeper into the lore of Killsquad and goes into more detail about the three worlds that will be available on Steam Early Access on July 16th. Novarama also revealed that Killsquad will be priced at $19.99 / €19.99 / 16.99£.

Wasteland 7A, Kemmekh and the Palace of Pain are the three planets featured in the Killsquad Early Access build. Each planet has its own unique landscapes, enemies and, in turn, risks. From dangerous turrets and mines on the Palace of Pain to fatal meteor storms on Kemmekh, each world is out to get you. The hostile surroundings become even more dangerous as vicious enemies like Helldörren and Gorus roam around for prey. Players take on contracts and traverse these perilous grounds searching for resources in order to get their hands on bounties offered by powerful organizations fighting for the control of the universe.