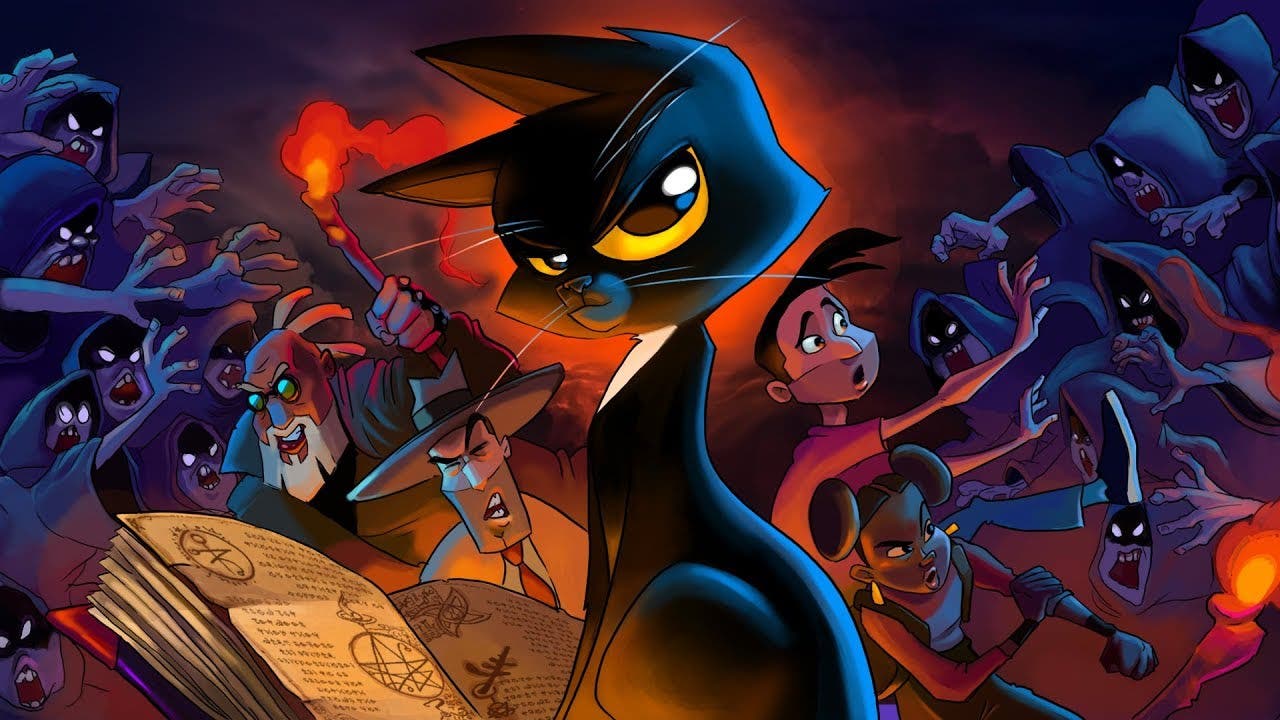 Gibbous: A Cthulhu Adventure is a Lovecraftian horror meets comedy point-and-click, out today on Steam and GOG

Targu Mures, Transylvania, 7 August – Successfully funded on Kickstarter in 2016, Gibbous is finally out now on Steam and GOG for PC, Mac and Linux at $19.99 / €19.99 / £15.49 with a 10% launch week discount: http://gibbousgame.com/steam. To celebrate the release, developers Stuck In Attic have released a new trailer.

Lovingly hand-painted and traditionally animated, this cosmic horror/comedy point and click turns the Lovecraftian narrative on its head. Creepy cults are popping up left and right in Darkham and to make matters worse, librarian Buzz Kerwan stumbles upon the evil Necronomicon book and inadvertently turns his cat, Kitteh, into a talking abomination… And she’s certainly not happy about that. Teaming up with Detective Don R. Ketype, the three set off on a quest to uncover the greater conspiracies and darker forces at work, and make a very cynical stop talking.

“Gibbous is a mad scientist-like experiment that smashes the Cthulhu Mythos together with adventure gaming familiarity and a colourful cartoony aesthetic, while still retaining a creepy vibe. Made in and inspired by Transylvania, where we’re from, it’s Lovecraftiana with a powerful local flavour and without the associated prejudices. Its monsters are still creepy, but its humans have hearts” said Liviu Boar, Creative Director at Stuck In Attic. “And there’s a talking cat.”