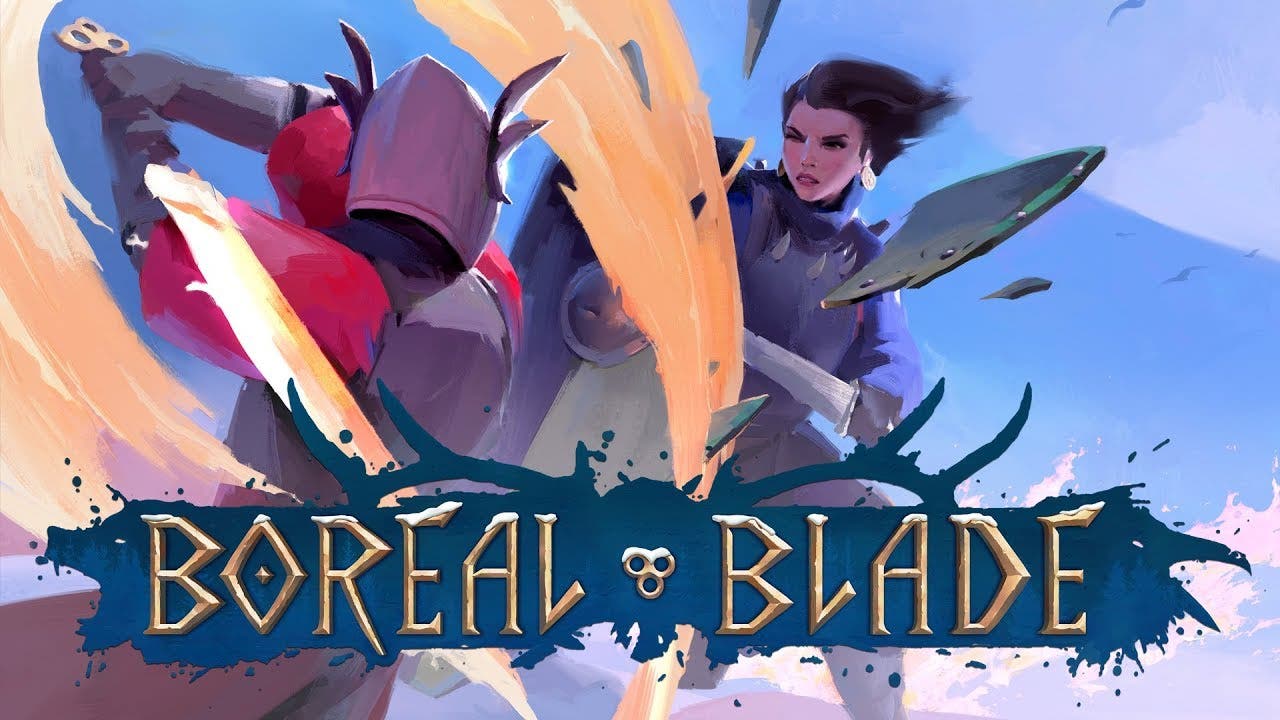 Frozenbyte announces Boreal Blade, a team-based melee fighting game that will release today on Switch, with a PC release later

Helsinki, Finland, August 28th 2019: Frozenbyte is proud to announce that team-based melee fighting game Boreal Blade is coming to Nintendo Switch™ today and will be priced at $19.99 / 19.99€ / £17.99. Featuring a fluid combat system and the possibility to develop sophisticated fighting techniques and tactics, Boreal Blade offers a fresh challenge for fans of team melee combat!

The Boreal Blade demo offers everyone the chance to warm up their skills with basic weapons and armour. The demo allows players to join any kind of game and even host their own games with default settings. Both the demo and the full game are compatible, allowing players of both versions play together!

The full version of Boreal Blade includes all maps where players can fight alone or with a team in each four game modes. Players can host and join all kinds of games with various settings. They can also gain experience points, level up and get access to hundreds of unlockable weapons, armour pieces, cosmetic accessories and battle items!

Boreal Blade is making its way to PC as well! Eager players are welcome to join the closed Steam beta via our official Boreal Blade Discord server.

They have a saying in Norvalg: Fight for a cause worth dying for.

A noble sentiment, but what happens when almost every cause is good enough to die for? Whenever a decision needs to be made – whether it is about heading to war or determining where the cheese should go in a sandwich – fierce Norvalgian warriors gather in their famous debating arenas, pray for strength from their gods and fight until the truth is uncovered. Are you ready to join the battle?
Boreal Blade is a team-based melee fighting game with a focus on player vs player combat and gameplay consisting of both reactive and proactive elements. The game features various weapon types and three distinctive fighting styles, allowing players to choose between two-handed weapons, a shield and a weapon combo, or long thrusting weapons like spears and pikes. Three armour classes with their strengths and weaknesses are also included to guarantee a varied, everchanging fighting experience.

Boreal Blade strikes an excellent balance between realism and gameplay. The game turns away from the rock-paper-scissors approach where weapons and shields matter only when the player presses the corresponding button to use them for attacking or blocking. Actually, there is no block button at all, but the passive blocking featured in the game allows players to block attacks by simply positioning themselves wisely and timing their attacks with care. Pre-determined attack key combinations and complex counter moves have been abandoned in favour of the beautiful simplicity of only a single attack button – and hundreds of ways to variate every attack. Players can move their weapon and character around freely, turning an attack into a block – and back to another attack just in a blink of an eye. Strikes and blocks meld into a seamless continuity. Weapon movement feels very natural, allowing players to create and modify their signature moves and distinctive fighting styles. More seasoned warriors can spice up their game with dodges, sprints, blocks, powered attacks, feint attacks and weapon throws to confuse opponents and make the battle more unpredictable and exciting.

Boreal Blade gives competitive players the chance to hone their prediction of attacks, counter-attacks, timing and the use of different stances to defeat their enemies on the battlefield and to hack them into pieces!

Both demo and full game are available on Nintendo eShop today!