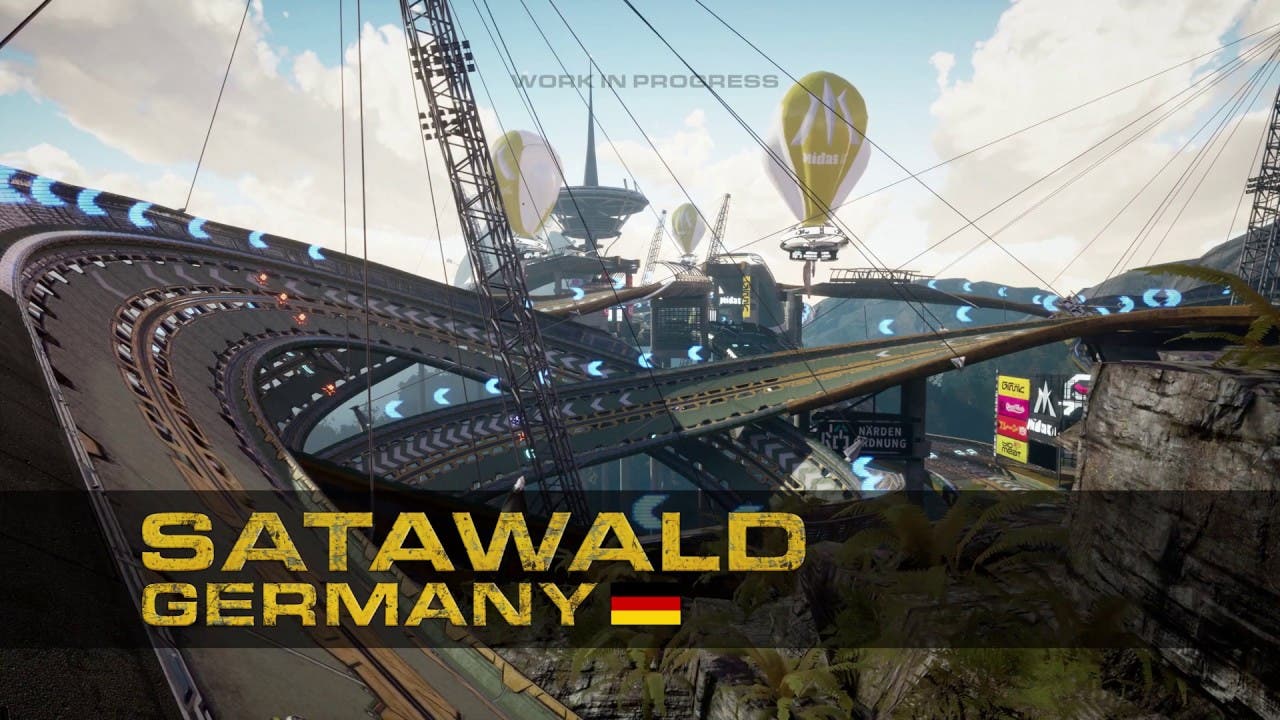 R8 Games, the studio behind forthcoming futuristic, anti-grav combat racer Pacer, unveiled a new video for Satawald, a new German track shown at Gamescom. Pacer runs at 60fps across all platforms and in native 4K on PC, and Satawald’s circuit is set in forested mountains, showcasing Pacer’s striking visuals through the track’s jumps, turns, climbs, apexes, and tunnels.

As with all tracks, Satawald is playable in both day and night modes. In night mode, neon lights glow brightly, casting glistening reflections on the track and while in the day glints of sunlight sparkle off the wet track in gorgeous 4K as racers speed through exotic locales at 60fps. Reverse and mirror modes will also be available, offering 8 total ways to race each track.

At launch, Pacer will bring 14 different tracks and five highly customizable craft to the roster, building upon R8 Games’ goal of both recapturing and expanding upon the spirit of the anti-gravity racers that made their mark in the 1990s. Likewise, play will also feature a stellar soundtrack that will immerse the player in both original and licensed tracks from CoLD SToRAGE, Dub FX, and many more.

Pacer is developed by R8 Games and scheduled to launch this winter. PC players can place their Pacer pre-order on Steam immediately at PacerGame.com to secure an exclusive in-game item ahead of the game’s release. This game has not yet been rated by the ESRB.