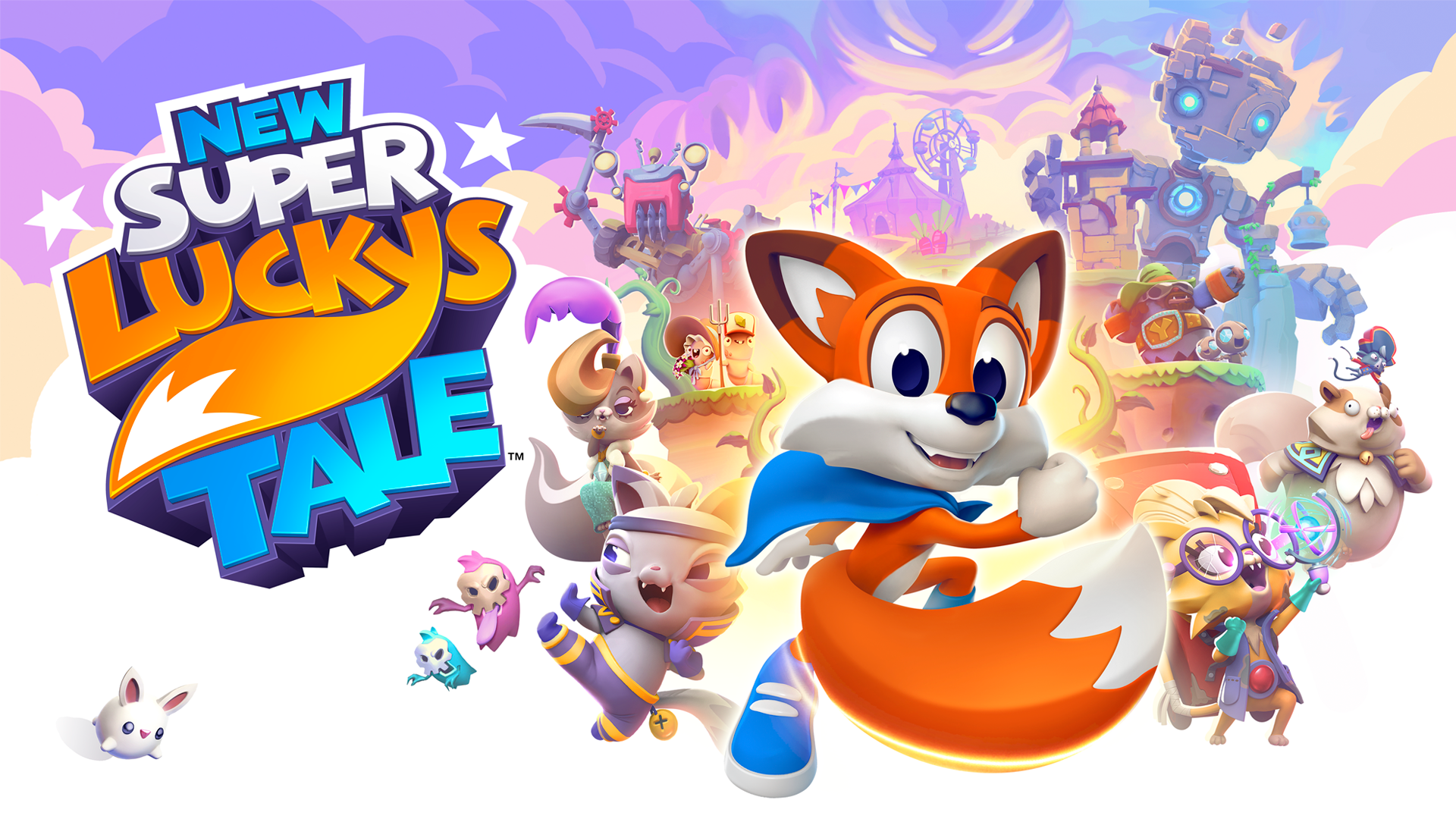 3D platformers are such a classic, important pillar of gaming; a critical part of 3D gaming’s coming of age, and yet they can be very difficult to do well by today’s standards. There are few games throwing their hat in the ring anymore, and most that do leave a lot to be desired, particularly when heavyweights like Mario Odyssey set the bar so incredibly high. A few attempts have been made in recent years to revitalize the genre, primarily by cashing in on old franchises or using the talent behind classic games to make new ones in the same style with middling success (I’m looking at you, Yooka-Laylee).

It is apparently a tough nut to crack, but miraculously, New Super Lucky’s Tale does a phenomenal job of breaking through that shell and getting to the delicious center. It’s a 3D platformer that is both highly reverent of the games that showed us 3D could really work, while adding a sense of style and fun all its own to the mix, making for a truly unique and thoroughly enjoyable romp that will have you feeling like a kid plopping down in front of your console on a Saturday morning all over again.

In New Super Lucky’s Tale, you play as the titular Lucky, a bubbly and energetic young fox who’s been accidentally thrust into an adventure to recover pages from the Book of Ages, the gateway to a host of different worlds that have been invaded by the dastardly feline sorcerer Jinx. Jinx is a literal mustache-twirling, full-of-himself type of villain, and he’s brought along a whole cadre of hench-kitties wreaking havoc on the worlds within the Book of Ages. It’s Lucky’s job to make his way through each of the Book’s worlds, collecting pages and scrubbing each locale clean of the various whiskered miscreants within.

The game plays out like a classic platformer in most of the important ways. There are hub worlds to run around which play host to the game’s various levels. Each level has up to four pages that you can collect by completing the level itself, finding a hidden secret, collecting enough coins, and picking up all of the letters to spell L-U-C-K-Y; the inspirations for these objectives are fairly obvious, but they’re entirely welcome. The levels are fun to explore, with lots of nooks and crannies holding hidden coins and gems, and the curious player is nearly always rewarded in some small way. There were many moments in which I caught myself leaning on tactics I’ve learned from a lifetime of playing Mario titles, but I also saw a lot of those moments as teaching exercises for a younger generation of players just getting their feet wet with the idea. The realization was heartwarming.

And truly, much of this game can be described as heartwarming. The characters are well written and charming, the music is snappy, toe-tapping and rich. The designs of the worlds are varied and do some fun experimentation with both classic and somewhat new themes; castles, western towns, peaceful gardens, and dance clubs alike all come to life with great art and loads of detail. New Super Lucky’s Tale’s worlds feel full of life and excitement thanks to some really great level art and a healthy sprinkling of small creatures and active elements in the backgrounds or even in the levels themselves. The entire thing feels like somebody dropped elements of Mario, Donkey Kong Country, and some beloved Saturday morning cartoons into a blender, and the end result feels both familiar and unique in all of the right ways.

Originally released on Xbox and PC back in 2017, New Super Lucky’s Tale is an improved, revamped package for Nintendo Switch that features some reworked levels, new content, streamlined game play, improved controls, a fully rotatable 3D camera, improved art and lighting, and overhauls to just about every aspect of the game. And truthfully, the game does look and play really great on Switch. It’s one of those games (of which there seem to be more and more recently) that appear to defy your expectations of quality on the platform, with high fidelity visuals and loads of polish.

That high fidelity does come at the cost of frame rate, as you may expect. Most of the time, the game hangs out locked around 30 frames per second, but it does experience noticeable dips when the action gets really heavy. Luckily it’s not anything exceptionally game breaking, but if you’re at all sensitive to inconsistencies, you will notice these sections of the game as they come up. Often I am critical of this sort of thing, but considering just how good the game looks on Switch, and how relatively minor most of the instances of dropped frames and stuttering are, I think the trade-off is worth it in most cases.

The one major pain point of New Super Lucky’s Tale is the game’s load times, which can be excruciatingly long, particularly in the case of the initial start up. Getting to the title screen from launching the game fresh can take anywhere from 40-60 seconds and it feels like it might as well be ten minutes. Level load times are a bit better by comparison, usually coming in around 15-20 seconds, but it’s still a fair bit of time to be sitting around waiting (especially when transitioning between a hub world and one of its secret zones). Depending on how you’re playing, the load times might not be too much of an obstacle, but after a decently sized play session involving thorough exploration, they can start to drain on you.

It’s unfortunate, and something that I think could be made more palatable if the loading screens did something more interesting than throwing a cutesy quote from one of the game’s characters and a slowly animated loading indicator up at you. The good news is that while this is frustrating it’s not a complete deal breaker, and once you’re past a load screen, all of the vibrance, liveliness, and undeniable charm of the level you’ve just dropped into will take over and you’ll be caught up in the experience again in no time.

New Super Lucky’s Tale is a fun-filled romp through a carefully constructed world that will tickle your nostalgia receptors in all the right ways. It’s 3D platforming at a level of quality rarely on display, and it feels good to jump into a new franchise with lots of promise and plenty of room to experiment. It’s a great option for younger gamers who are just getting their feet wet, but it’s a blast for grown-ups, too. Simply put, this game is absolutely delightful. There are few better compliments I can pay it.