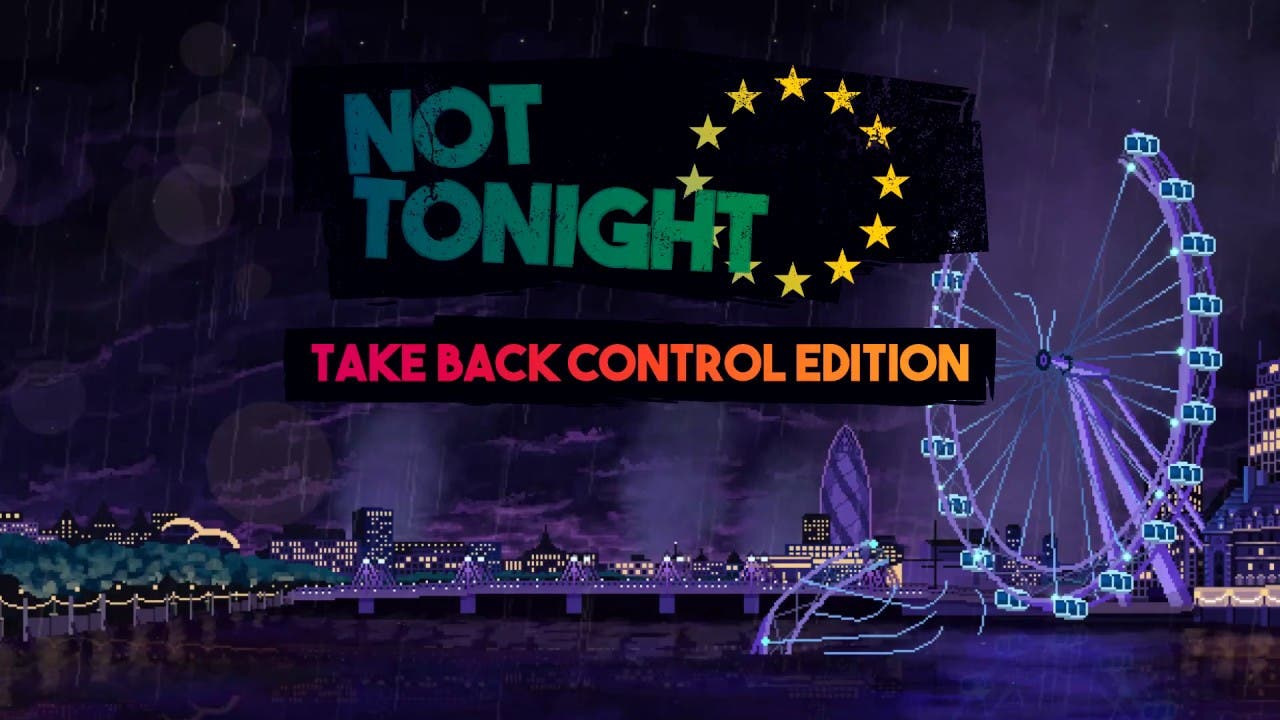 Not Tonight: Take Back Control Edition takes its post-Brexit bouncer RPG to the Switch on January 31st

Not Tonight: Take Back Control Edition, the politically-charged satirical game set in a post-Brexit version of Britain, will launch on Nintendo Switch on January 31 for $24.99 — just in time for Brexit!

Developed by PanicBarn and published by No More Robots, this anti-Brexit management sim takes place in a dystopian Britain, where Brexit talks have collapsed and an extreme far-right government has taken power.

Not Tonight: Take Back Control Edition is a special version of the game for Nintendo Switch, that brings together the original Not Tonight, with the new One Love DLC, continuing the story through one extra chapter and featuring new gameplay elements and locations.

Not Tonight will launch on Nintendo Switch on January 31, the day that the United Kingdom leaves the EU, and Brexit officially begins.