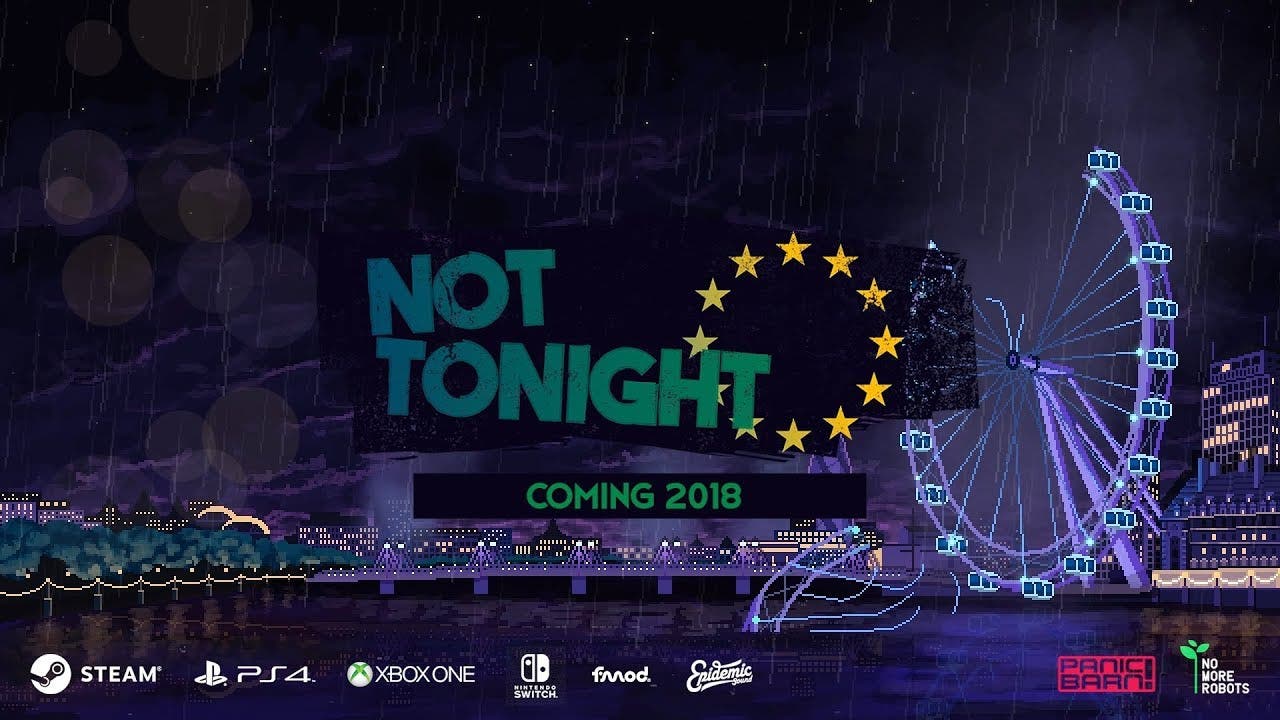 Not Tonight, the Anti-Brexit management sim launches on August 17th

Not Tonight, the politically-charged satirical game set in a post-Brexit version of Britain, will launch on Steam on August 17 for $19.99 — and a community Brexit vote will determine the British price of the game.

This PanicBarn-developed management sim takes place in a dystopian Britain, where Brexit talks have collapsed and an extreme far-right government has taken power.

Not Tonight asks players to stand in the freezing British weather, and meticulously check IDs, manage guestlists, and stop revellers from becoming unruly.

In the run up to launch, a Brexit vote will determine the British price of the game. The Not Tonight Discord community is currently voting on a second referendum, deciding whether they want to rejoin the EU after the previous Brexit vote, or stay out of the EU.

If they vote to stay out of the EU, the value of the pound will no doubt plummet again, leading to the game costing more money to British players. All the rules and outcomes of the vote can be found on Discord.