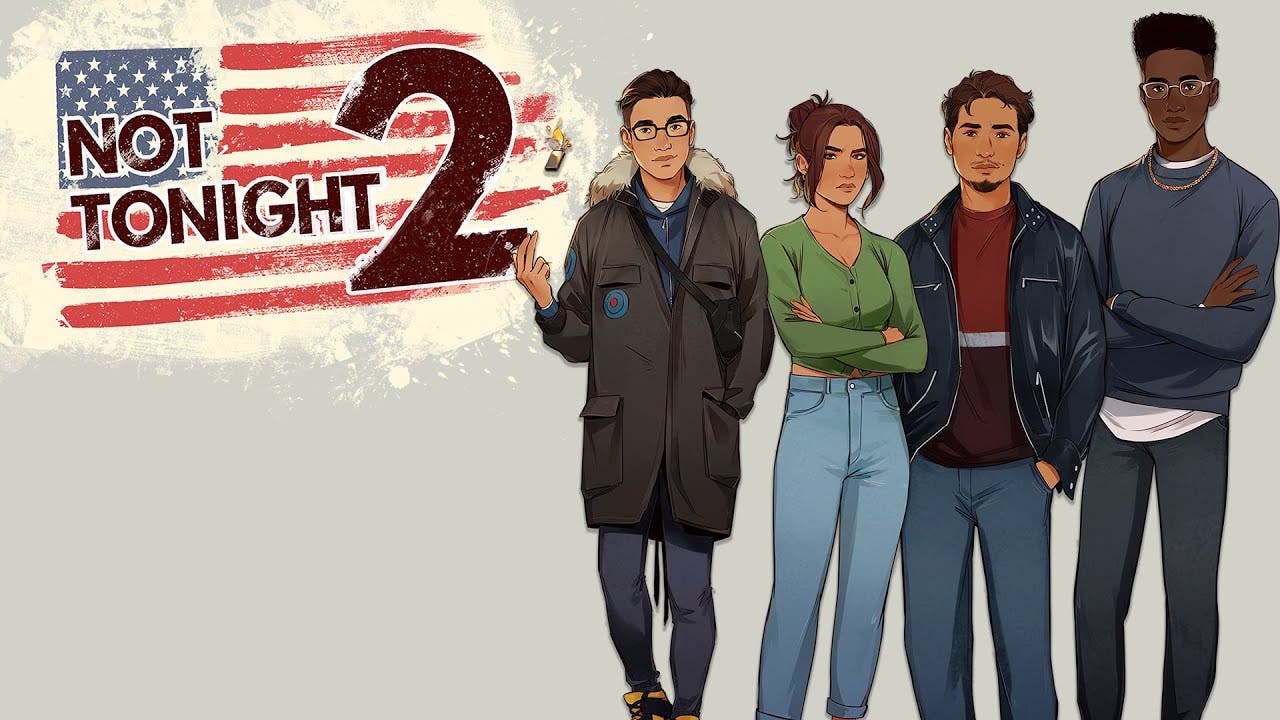 Not Tonight 2 is a sequel to the 2018 Brexit sim, now set in a fragmented United States

“Immigration Enforcement Case #112: You are under arrest. Unless your friends can cross a broken America, retrieve your identifying documents and stay out of trouble… this is the end of the American dream for you.”

U-S-A! U-S-A! Publishing label No More Robots (Descenders, Yes, Your Grace, Hypnospace Outlaw) and development studio PanicBarn are excited to reveal Not Tonight 2, a political dark comedy that takes aim at the absolute state that they call The United States.

Nearly 400,000 players picked up the original Not Tonight, the post-Brexit document-checking game — but exploring a broken Britain was just the beginning, and now Not Tonight 2 has The Star-Spangled Banner in its sights.

Not Tonight 2 explores an alternative, defective America, where capitalism and political greed have taken center stage, and democracy is a thing of the past. Written and brought to life by a team of POC writers and artists, this US road trip explores every festering orifice of this Land of Liberty.

O Say Can You See, a variety of politically-driven minigames? Check your guests follow the correct religion, then join a cult, tap along to rhythm games, make sure the Colonel’s chickens have enough steroids pumped into them, serve your fellow Canadians with free poutine, work a day or two on the Texan wall…

Not Tonight 2 intertwines the lives of Malik, Kevin and Mari, as they race across the land of the free, on a mission to save their friend Eduardo from being deported (or worse) by the fascist Martyrs regime. Do try to keep it civil, when Not Tonight 2 launches later this year. All the details can be found at nottonightgame.com.