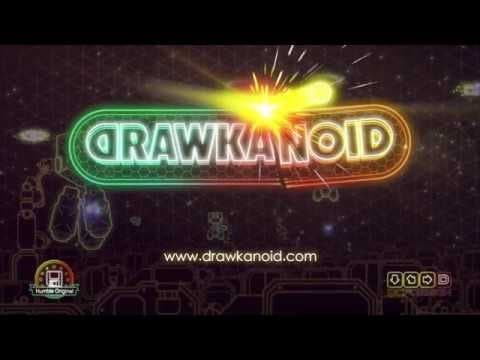 Drawkanoid takes the brick breaking of Arkanoid where you must draw the paddle, out today on Steam

“I’m thrilled to release Drawkanoid and offer a different take on the block-breaking genre,” said Danny Day, CEO of QCF Design. “It’s fast, fun and gorgeous to look at. With shiny explosions, ridiculous power ups and various modes, Drawkanoid has something for everyone. Draw fast, break faster!”

Bringing back the classic Arkanoid spirit, Drawkanoid takes the good old brick-smashing action and pushes it to the extreme. Players have to strategically draw the paddle to blast off the supersonic ball that shatters everything into explosion-filled eye candy. Bullet time lets players tactically deploy various power ups and score huge combos, gradually accelerating the speed of the game as players improve. Drawkanoid features multiple game modes, including a tension-mounting race against the clock in Countdown, and a Zen mode to completely zone out in while therapeutically smashing kaleidoscopic patterns to calming chiptunes.