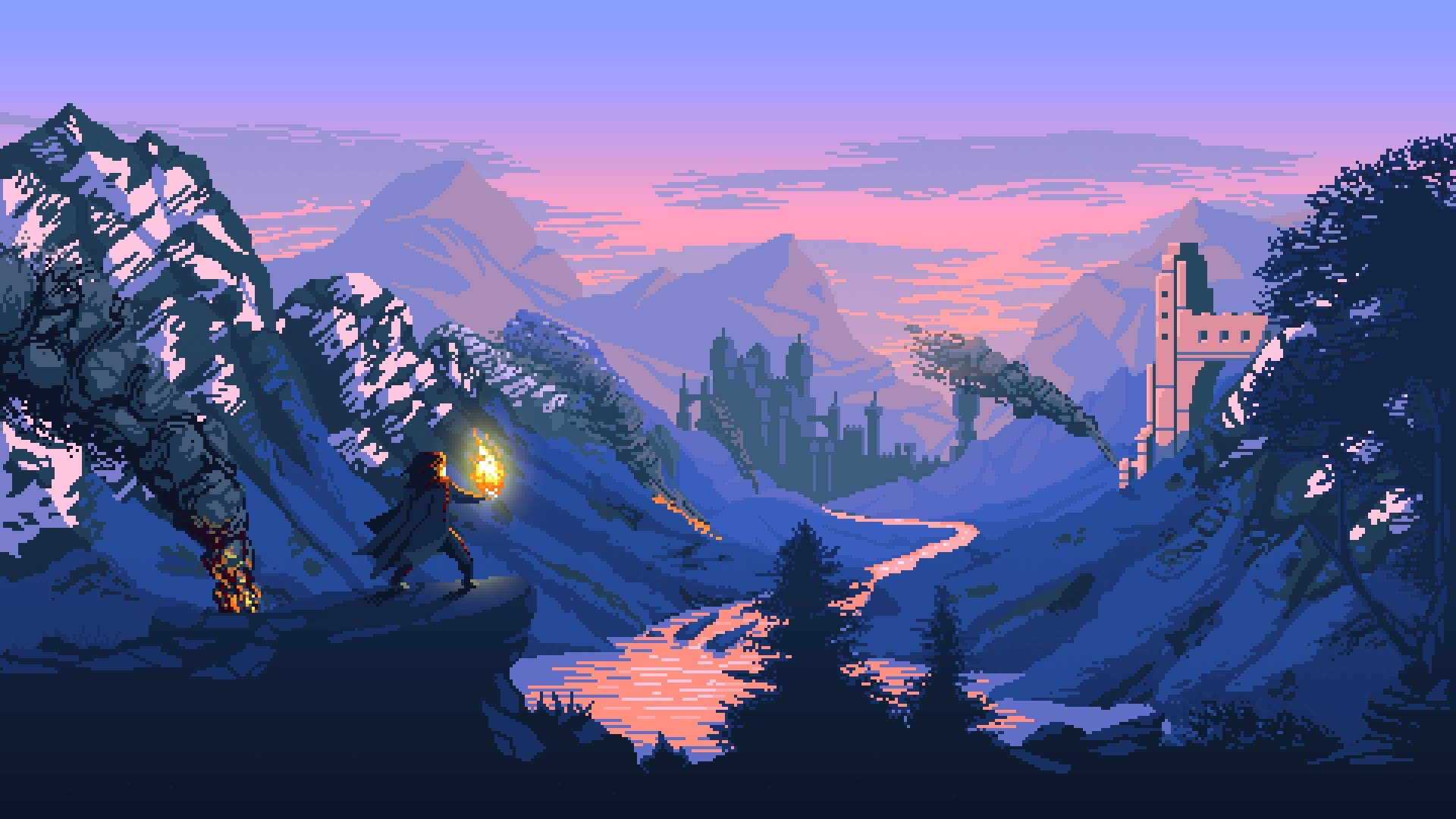 Wildfire is a game of actions, reactions, and consequences. One full of emergent from moments messing with enemies by using your magic to turn the environment against them in order to complete your objectives. As easy as it is for things to go well, they can just as quickly go bad. With a raging fire propagation system, Wildfire lives up to its name as fires can cascade out of control and ruin your plans in hilarious, unexpected ways. Sneaky Bastards have crafted a mischievous stealth game that I’ve not been able to stop playing. 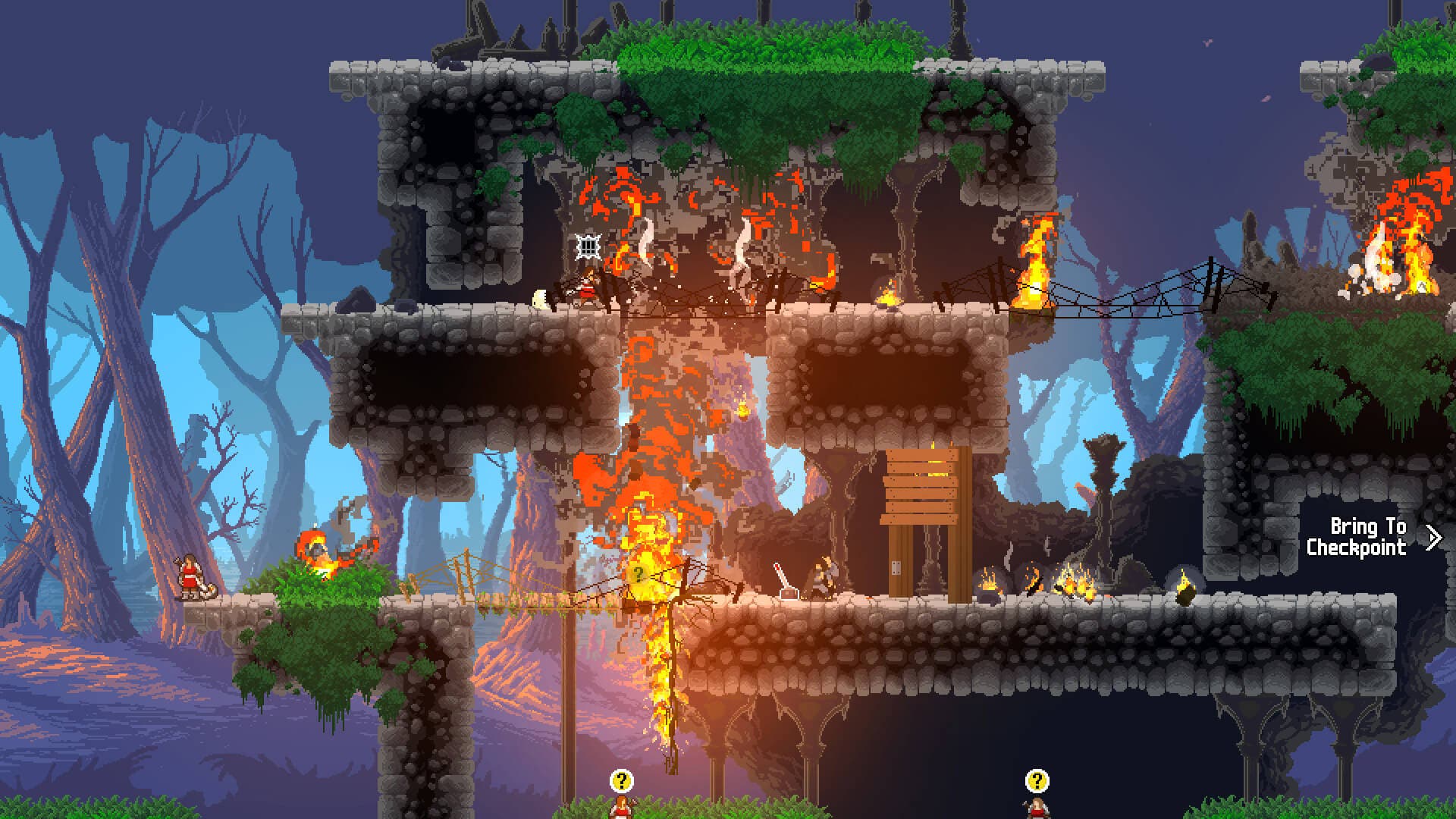 Driven by fear, you’ve been branded a witch and your village has been set ablaze by the Arch Duchess and her forces all because you found a strange artifact from a meteor that gives you the ability to absorb and use fire at your will. In a twist of fate, the very fire you’ve been engulfed in, will be the flames you use against them. From there, you are on a quest to free captured villagers, and undo the damage that the Arch Duchess has done.

Now, levels have bespoke objectives to be completed. There are optional objectives available from the start, or are revealed through the course of the level. How you accomplish these tasks, is up to you. This is a game where stealth is paramount. You don’t have any true combat abilities, but being able to draw fire from campfires, existing burning objects, and checkpoints allow you to fight back, via panic and chaos. Enemies who come across fire are afraid at the very sight of it, and will often jump to safety or to their death. While there’s cover to take, it is limited to bushes and coffins (if you come across them). You are compartmentalized from other areas of the level, and there’s localized attention given to you and what kind of raucous you stir. You can breeze through levels, or take your time to get through completely unseen (with a bonus for never being detected). While a level’s goal is simply to reach the exit, being able to disrupt the enemy along the way never gets old. Kiting a flaming golem through a highly combustible area that eventually floods are the hallmarks of a great game. 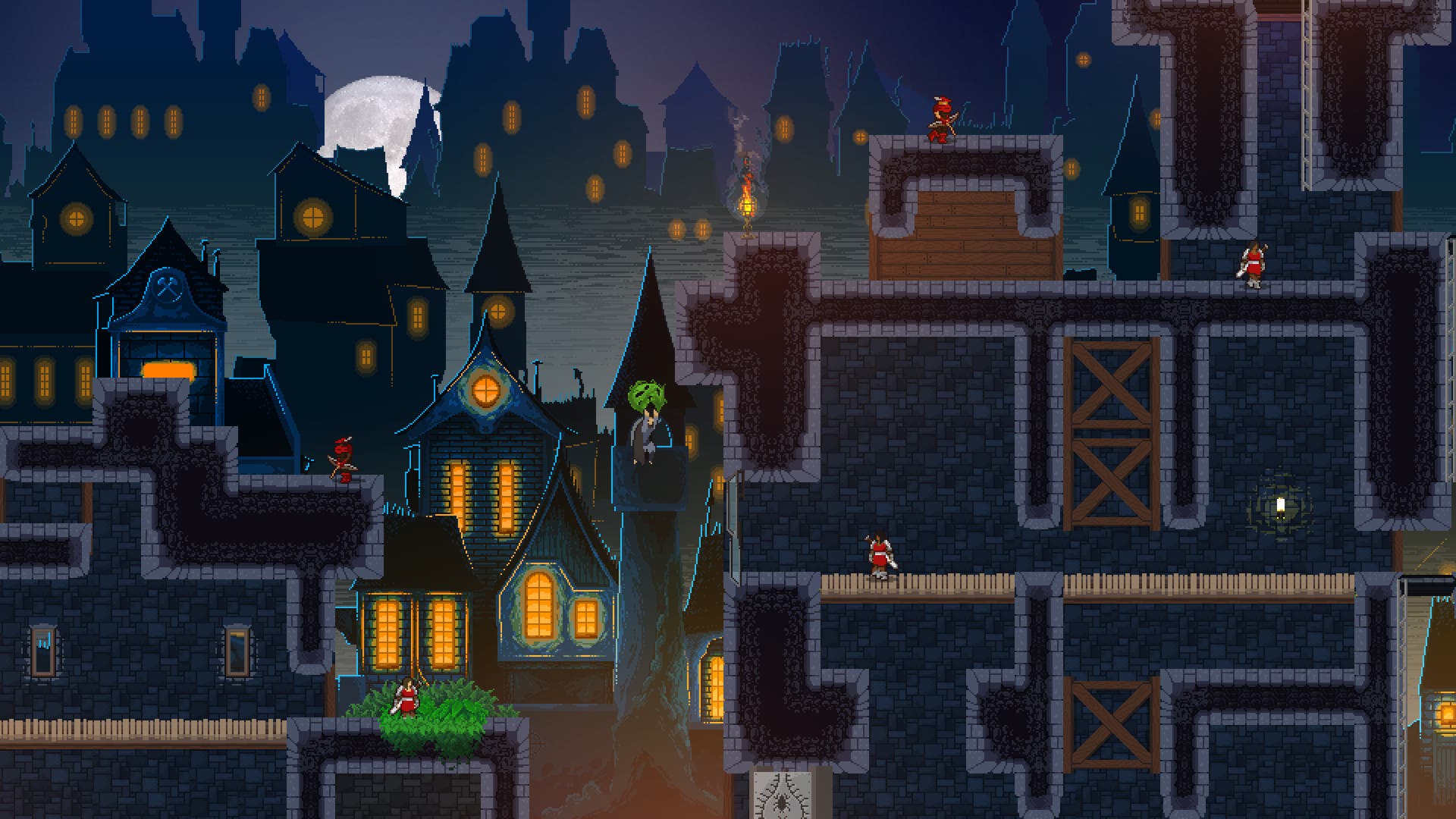 Wildfire follows a linear path across six chapters, with seven levels in each biome. The progression of each area becomes increasingly complex and more challenging, which in return opens things up for experimentation of the physics and fire propagation that Far Cry 2 is fondly remembered for. This is a stealth sandbox that isn’t truly unleashed until halfway through the game when you possess all of the powers. When this happens, you are really able do more of the things you want while still feeling safe.

The first element after fire, is water. Combine them, and you’ll be able to drop smoke bombs. In a few hour’s time, you’re a wizard of multiple elements, and able to move pieces of earth at a time to create climbable surfaces, melt snow, obscure movement in smoke, and freeze water to enhance forward mobility. Using these powers in tandem will be at peak mayhem is what Wildfire is all about. 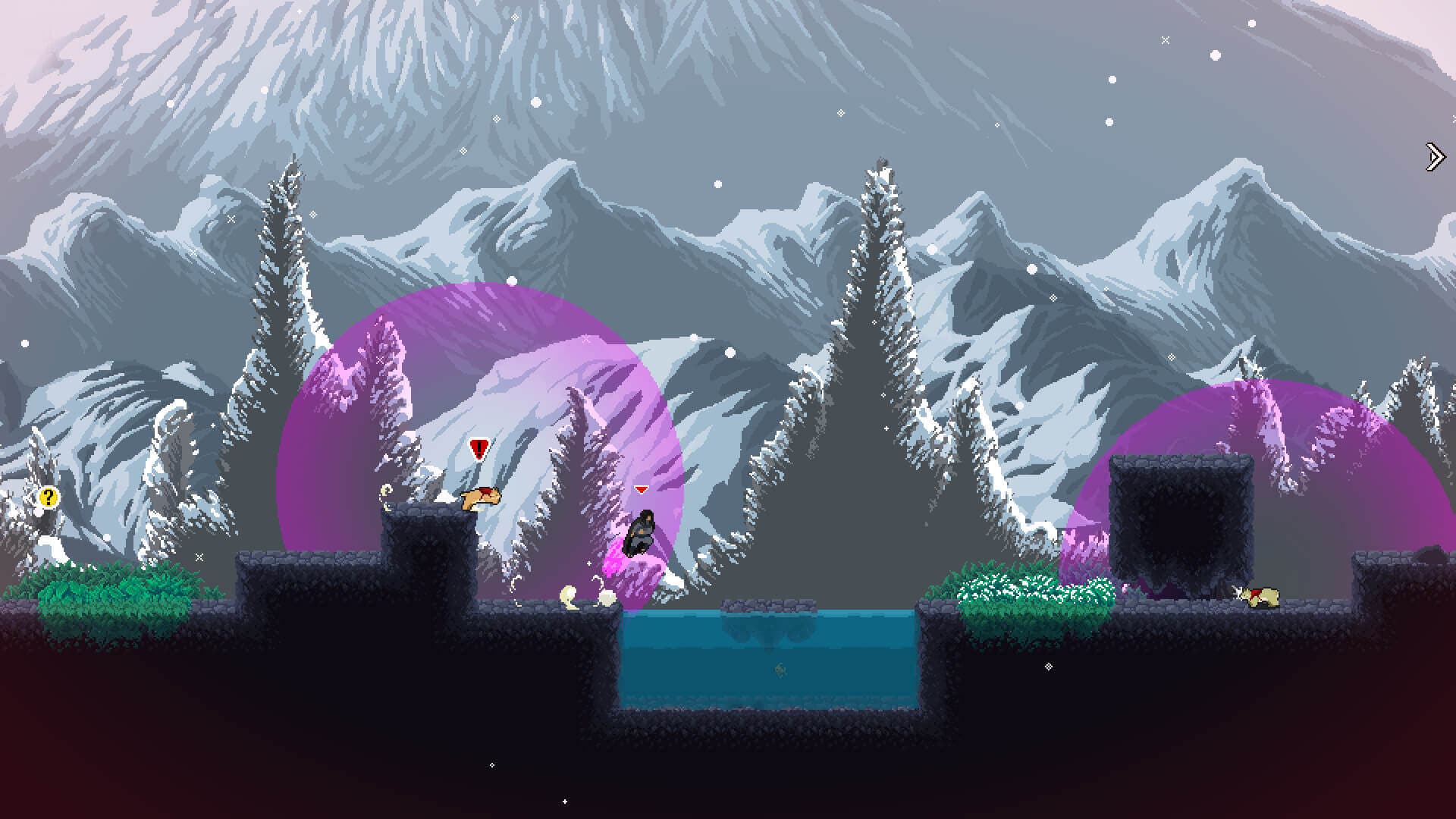 With each power, you’ll be given plenty of opportunities to earn and spend points on upgrades. You receive spirit points for completing any and all of the level-specific challenges. Each level has a main and optional objective to earn spirit points. You must complete levels undetected, not killing anyone, and without reloading a save point. Lastly, completing the level under a par time will also earn you a point. These points can’t be spent on increasing throwing distance or restoring health when using checkpoints. Fire points are earned by making an offering at statues, these are earned slowly, one at a time. The remaining elements of earth and water are slow to earn points in, making the spending of them feel more significant. Wildfire is the kind of game where after earning many upgrades, you’ll want to revisit levels with your new powers to complete the challenges you couldn’t before.

Due to this whole thing being kicked off by a meteor, there are meteor shards to collect. Upon picking one up, you will receive a random passive ability. You can only equip them at shrines, with a limit of three passives active at any time. You can make it so bouncing fireballs return to the player if they don’t ignite, you can run on top of water, make it take longer for you to be engulfed in your own flames, or drop what you’re holding allowing you to take a free hit. Because of the fluidity of the shards, you can equip shards that fit each level, whereas the upgrade points you spend cannot be reallocated. The shards offer a lot of flexibility that furthers Wildfire‘s freedom. 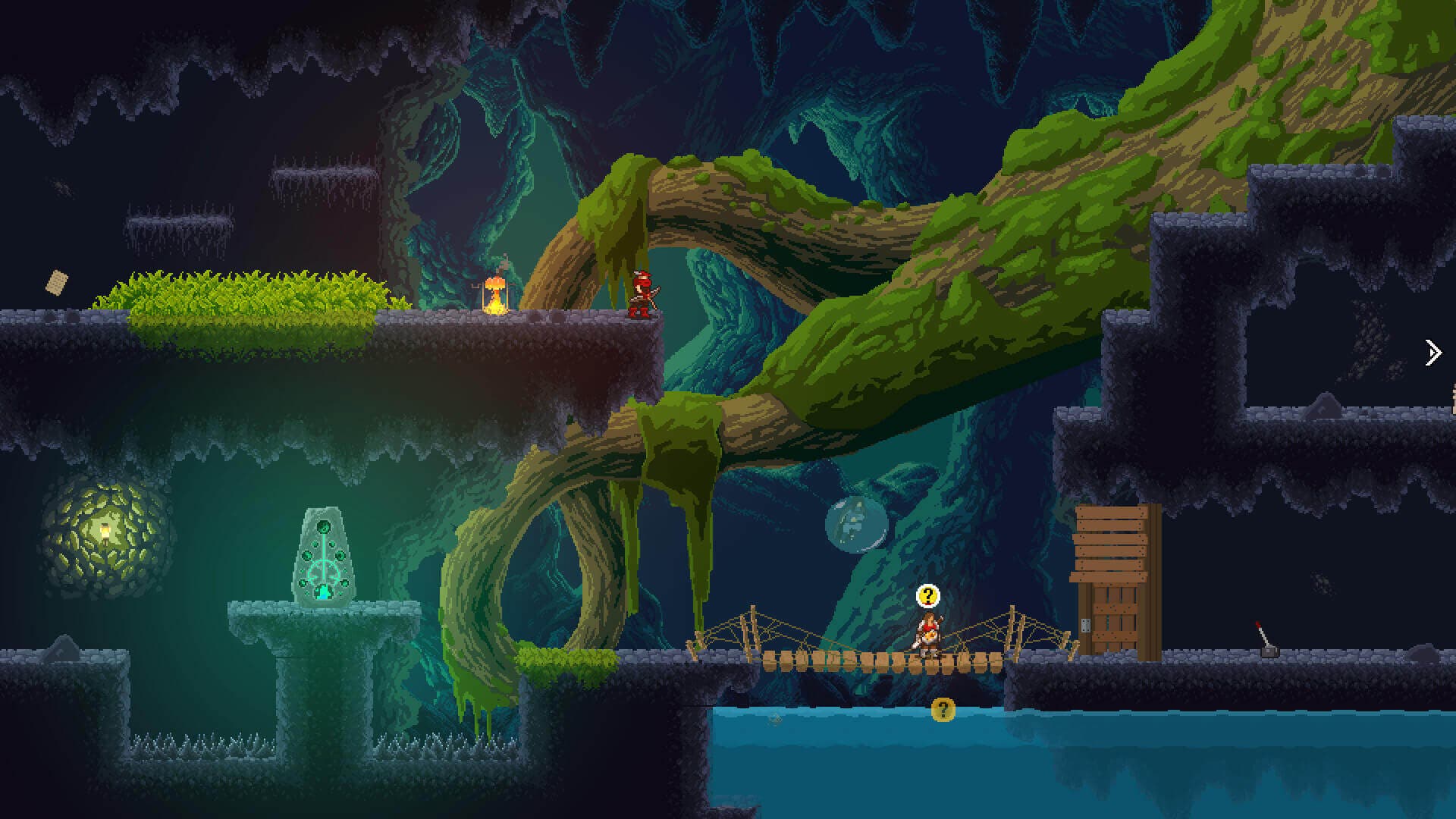 The game supports keyboard and mouse, or controller. And with either control method, I found them to be rather comparable. With keyboard and mouse, movement felt a bit stiff, but aiming with the mouse was pinpoint accurate. On controller, movement was a bit more fluid and the aiming rather solid. There’s still an overall stiffness to the movement I’m still getting used to. I believe this to be a deliberate choice, but one I’m still adjusting to, especially when jumping. There are instances where you glide, and you have no control in direction.

There’s an option to pickpocket certain enemies, but it seems doesn’t serve a purpose other than to reveal Kickstarter backers. Almost immediately I had to reduce the voice volume (thankfully it has it’s own slider in the options), as it is way too loud.

Now, Wildfire allows for coop either local or online thanks to Steam Remote Play. It’s a genius addition, and with another player it adds to an already high level of anarchy. I can’t say it makes things any easier, and in some respects, makes it harder. But it’s a whole lot of fun. If it’s something you can do, definitely give it a try. 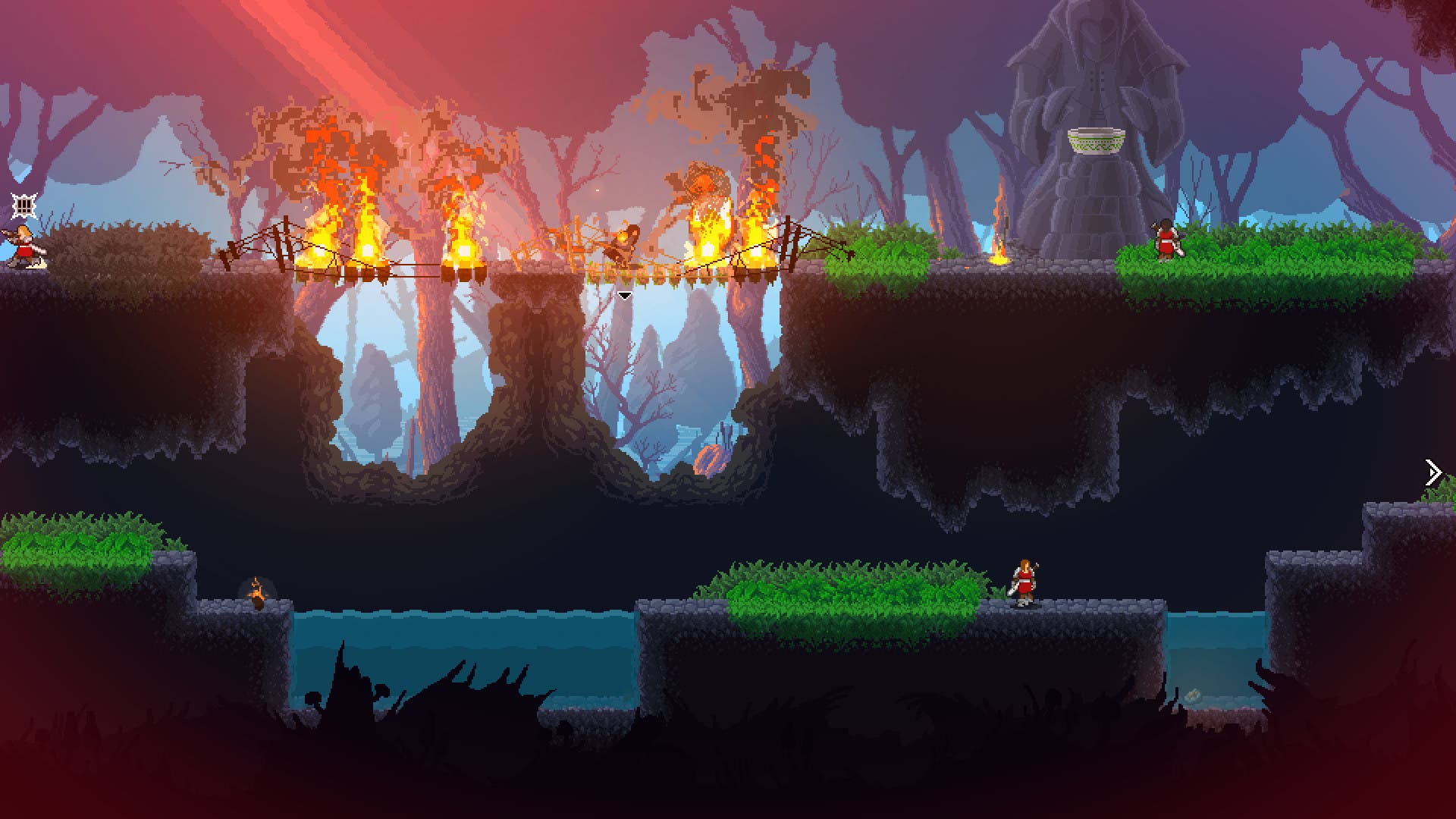 Sneaky Bastards understands that stealth doesn’t have to be boring, and encourages creativity in Wildfire. With each upgrade or new passive meteor shard, I was drawn back to older levels to see if it was easier to complete a task I had to skip out on prior. The game has a great flow of risk and reward amid its stealth. Add in the emergent layer of manipulating your environment and the enemies around you, and you have a game teeming with unpredictability. Wildfire is chaotic and wonderful, all enacted by the spark of a flame.