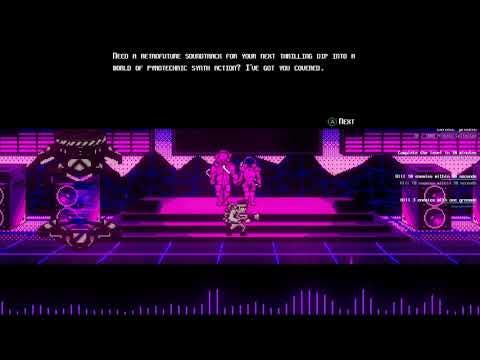 Bite the Bullet will get Synthwave Mode as a post-release update, releases August 13th on Steam

Vancouver – July 30, 2020 – Graffiti Games and Mega Cat Studios today revealed Synthwave Mode, a major new mode coming to Bite the Bullet as a post-launch feature. Bite the Bullet is the world’s first Run & Gun & Eat game, and with this new mode players will be able to play Bite the Bullet in synthwave colors while listening to music from amazing artists, including Waveshaper, Night Runner, Retröxx and Magic Sword.

While Synthwave Mode launches as a post-launch update, players can grab Bite the Bullet on August 13 on Steam (PC) and Nintendo Switch, as well as on August 14 on Xbox One for $14.99 USD. Starting today players can preorder the Switch version here. In addition, Bite the Bullet will release on PlayStation 4 soon after.

Key Features in Synthwave Mode Include:

“We teamed up with some amazing musicians to take Bite the Bullet to another level with their synthwave tunes,” said Nick Mann, Game Designer at Mega Cat Studios. “Don some sunglasses and experience a gnarly synthwave experience filled with bright colors and deep bass while chowing down on enemies. If you’re a retro fan, Bite the Bullet is for you.”

Bite the Bullet is the world’s first Run & Gun & Eat. In this roguelite RPG shooter players must eat enemies, bullets and more to powerup their character, weapons, and abilities. Gun down zombies, robots and giant mutant bosses with a barrage of bullets before chowing down on their corpses to craft new weapons, unlock new abilities and special attacks, and transform into a powerful Zombro form to smash foes. Explore four character classes and a skill tree based on a player’s selected diet – and remember, you are what you eat!