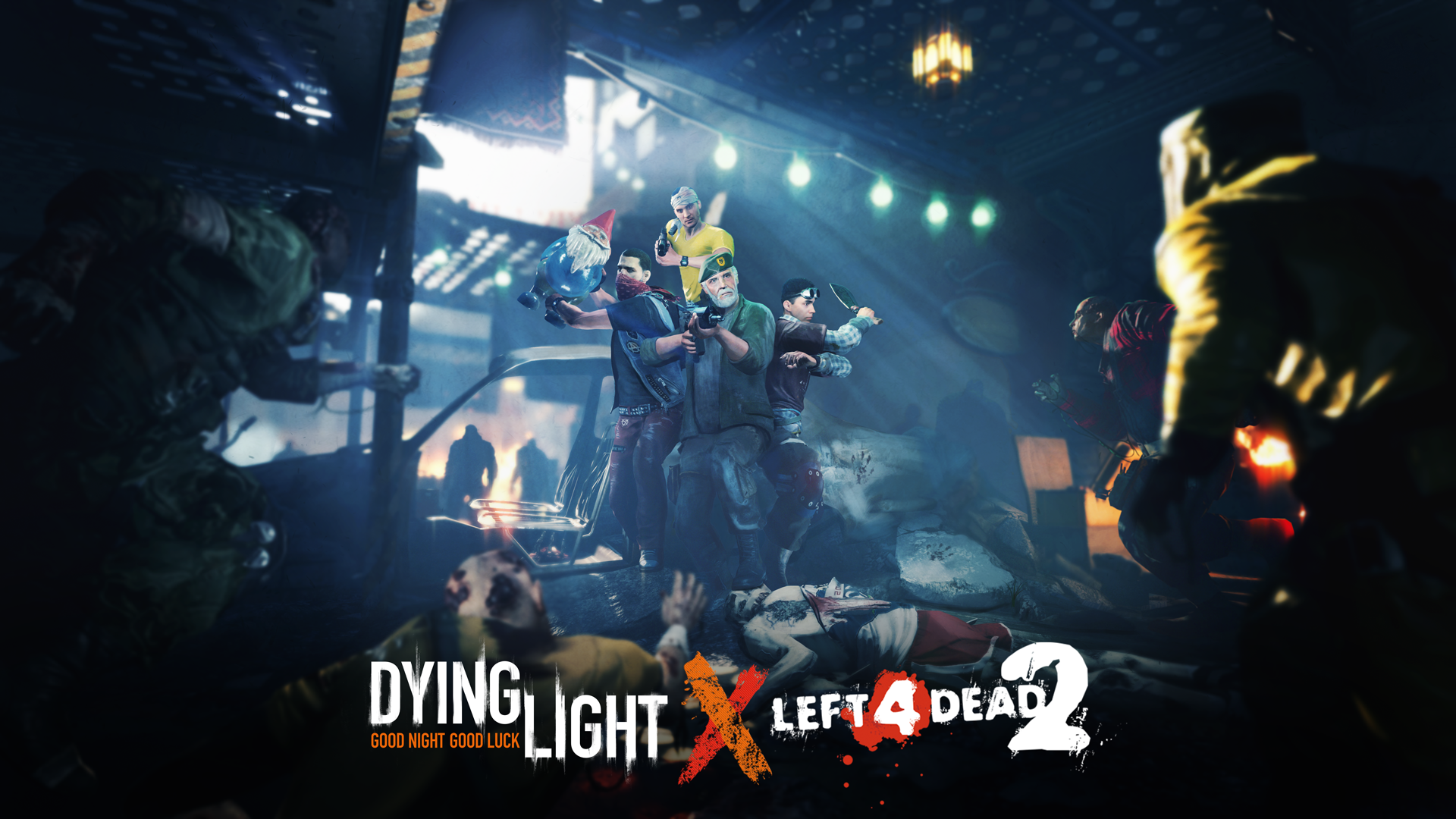 October 27, 2020 — Almost exactly a year after the initial Dying Light and Left 4 Dead 2 crossover event, Techland’s homage to the critically acclaimed cooperative first-person shooter is back.

From October 27 until October 29, zombie slayers will experience an increased number of Virals, waves of attacking hordes, an intensifying fight for survival, along with an increased amount of guns and ammo — including a new type of shotgun ammo — in their arsenal. Players will also be able to get the first ever new playable character – William “Bill” Overbeck, a Survivor known from Valve’s franchise, as well as the iconic two-handed weapon, Gnome Chompski. The live event will be available for PC players.

The Left 4 Dead 2 DLC containing the two-handed weapon as well as the new playable character will both be available as a free DLC – starting October 27 on PC, and later on consoles.