In retrospect, I was too hard on Little Nightmares when I reviewed it four years ago. It wasn’t until my second playthrough, I was finally able to appreciate what that game was doing, and its DLC episodes enhanced the experience. With Little Nightmares II, Tarsier Studios offers more insight to its haunting world by upping the tension and displaying more disturbing behavior at nearly every turn. This is sequel in every respect, and improves upon everything that made the first game so great. 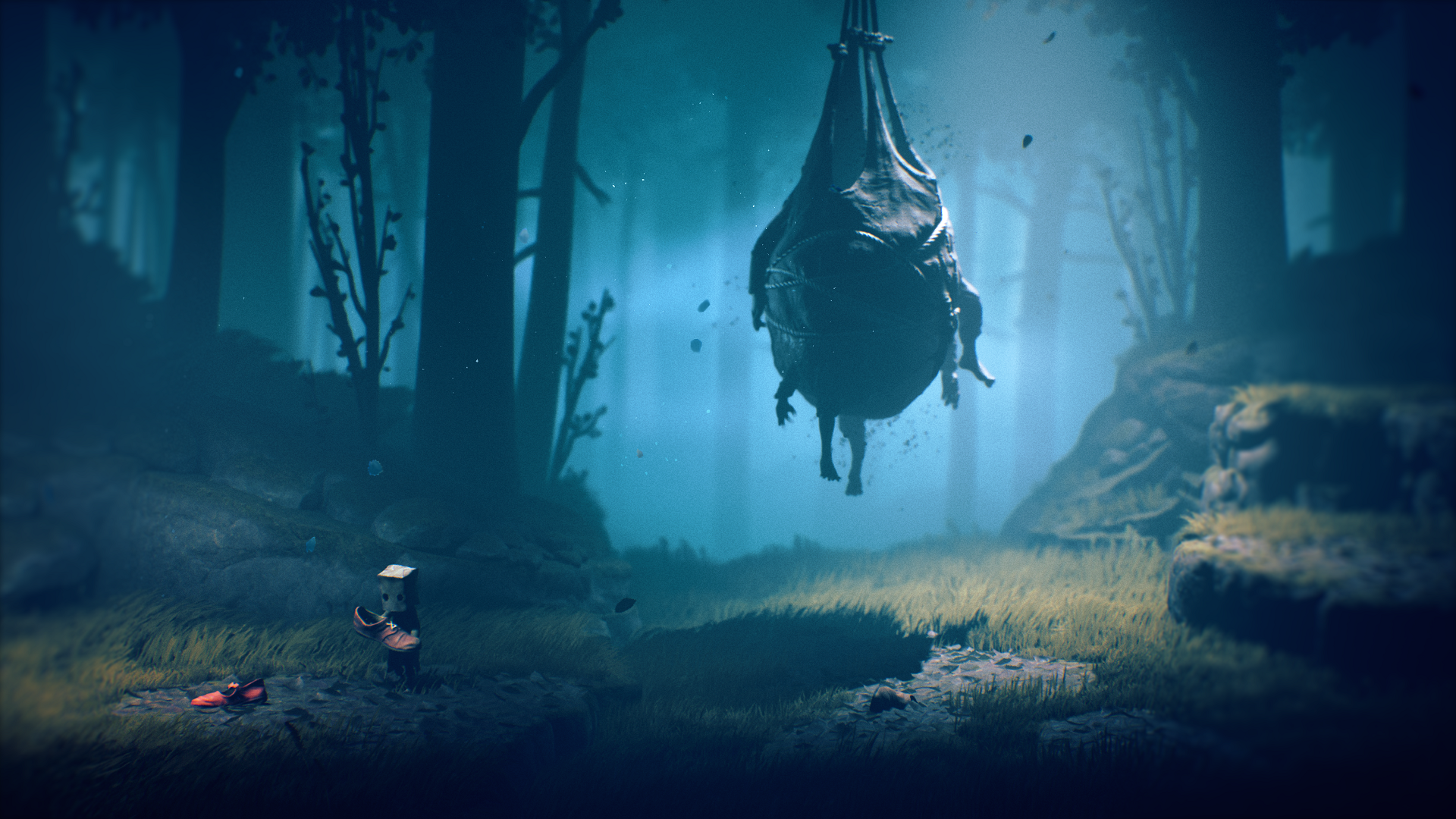 Waking up next to an old TV, you play as Mono, a young boy with a paper bag placed on his head for reasons you’ll discover throughout the course of the game. The wilderness you find yourself in is an uncomfortable place as you get acquainted with movement. It’s not long before you find and free a child like yourself, who you’ll come to recognize as Six, the protagonist from Little Nightmares. Together with your now AI partner, you’ll solve more creative puzzles, distract and dispatch enemies, all with minimal effort. Six is incredibly competent, though you’ll wish that the game could be played with a real person. The fact that the two of you can hold hands will exploring environments will forever be the cutest thing.

A majority of the game is traversing each scene from left to right. Though this time there’s the introduction of z-axis depth, making rooms more fleshed out than just looking like a play. You’ll run, jump, and interact with objects. Now there’s the added, albeit rare combat sequences. Mono can wield axes, pipes, and hammers to fend for himself and Six, but these weapons are heavy and cumbersome. Timing your attacks is paramount, and incredibly satisfying to get them to land. However, when hits don’t land, it means back to the last checkpoint. Little Nightmares II is still a game of trial-and-error, but not of frustration.

Each level features some sort of “big bad”, a grotesque adult that wants nothing more than to kill you dead. By the end of the level, you’ve either evaded or defeated them in a spectacular way. An early example is after all the tension, being chased, and shot at, you get to deliver a killing blow as the two of you wrangle a shotgun at point blank range. While other levels don’t reach those heights, each one is memorable in their own right.

When the game is not being unsettling, it’s asking you to solve some sort of puzzle. The game is good about giving you hints, or just letting the environment be intuitive to finding the solution. There’s some good scares that’ll just make you jump, which usually results in a quick death. There are many traps laid out on each level that will get you killed. There are some tells that’ll give away that something’s about to happen, but you have to be paying attention. With each death, I ended up discovering what needed to be done.

While there are only five levels, you spend a lot more time in them over the last game. The school is memorable for its scenes of depicted violence. The hospital goes to places that usually doesn’t, complete with a crematorium. And then the city is a sullen, rain-soaked disaster that shows more than it tells. Aside from each level having a big adult to deal with, they also have their own gimmick. One level has you using a flashlight to illuminate dark spaces and hold some enemies back. Where as the next gives you a remote to distract and attract enemies towards the shiny objects. The horror in Little Nightmares II is all in the environmental storytelling. There are many mysteries to uncover, with televisions being a focal point and what has taken place here. It took me about six hours to see it through on the first playthrough, but subsequent runs will be more about soaking in the atmosphere, and exploring everything to attain all of the collectibles.

Little Nightmares II only has two types of collectibles. The first of which are hats, which Mono can swap out at any time while playing. Swapping hats is a bit immersive-breaking to switch them out. And the other are known as glitching remains, static remnants of other children. There’s even a secret ending once you’ve found them all. Even though there’s not much, this is all you need to make a return to every level. 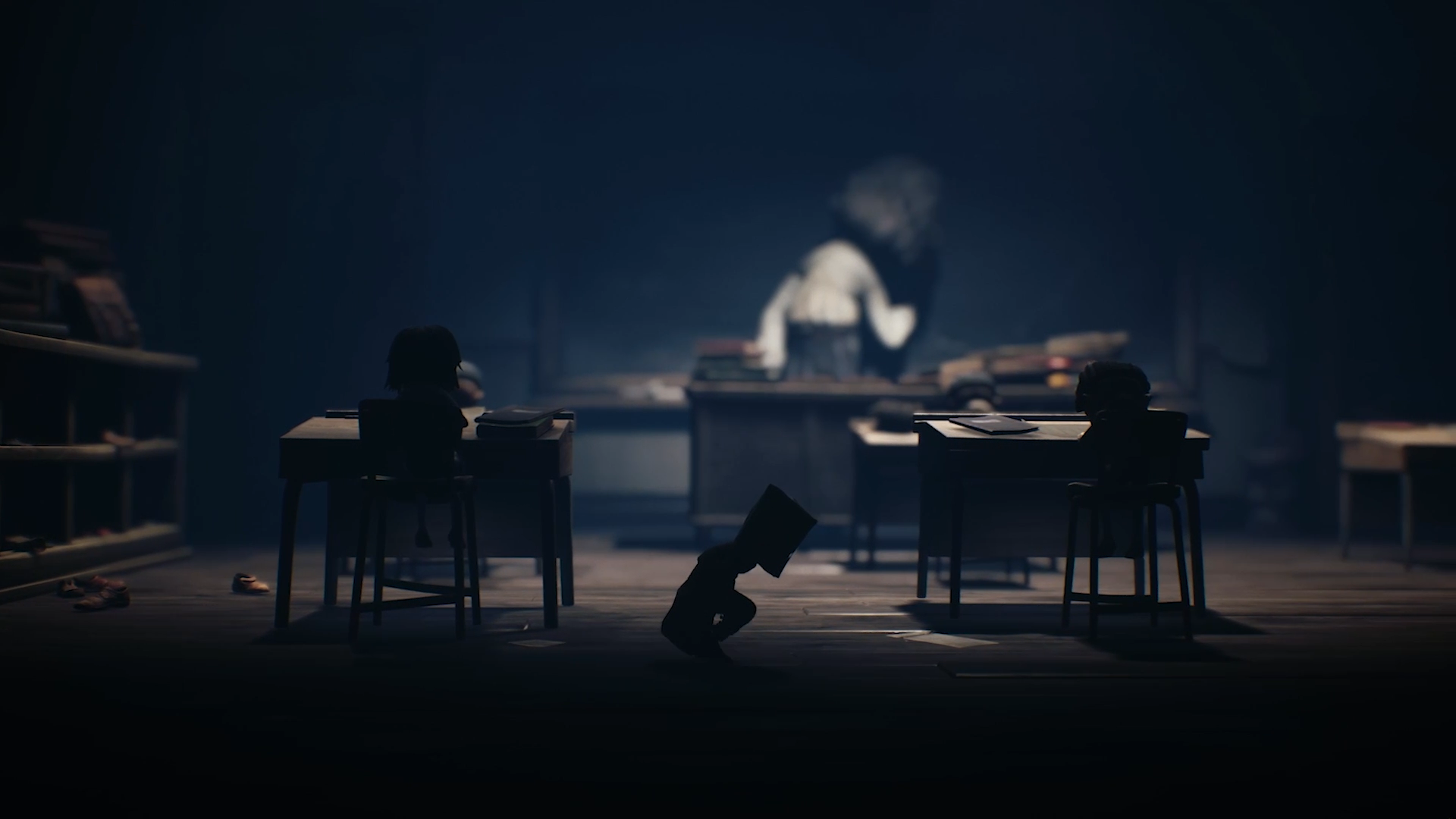 Unreal Engine 4 again produces gorgeous and haunting locations, and with greater detail here. The game seems to be capped at 144fps when VSync is OFF. The game can be played on the new consoles, but they are the previous-gen variants. There will be proper PlayStation 5 and Xbox Series X|S versions released this year to take advantage of them. The game looks incredibly gorgeous no matter where you can play it, but the PC version seems the best way to play the game at highest settings and higher framerates. 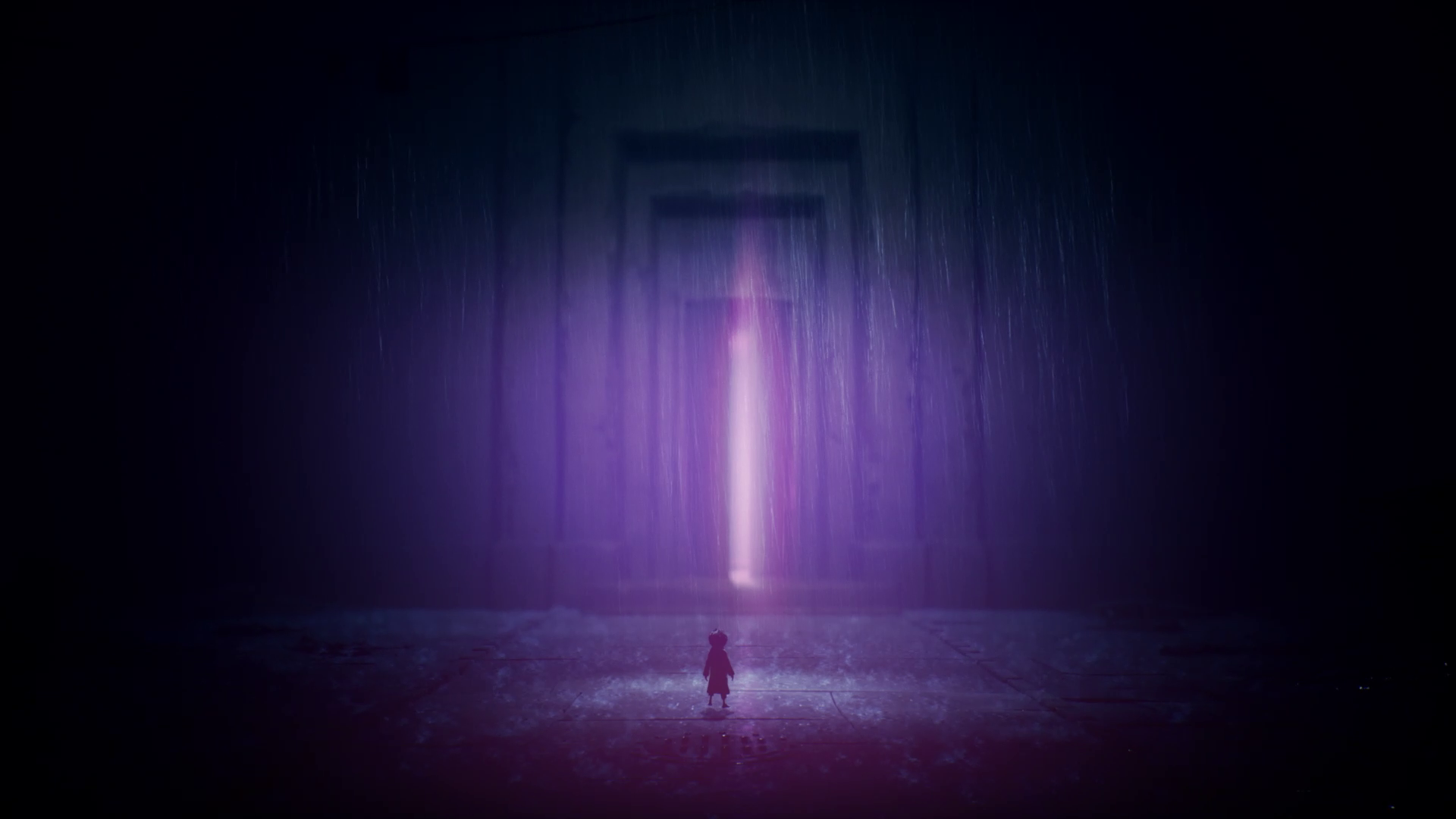 Little Nightmares II manages to ratchet up the tension in every conceivable way that is dreadful without ever truly being scary. Tarsier Studios has brought out the best of themselves here. With a longer campaign, a larger world to soak up, and more creatures to experience, this is a bigger and better game in every regard. Little Nightmares II doesn’t reuse a single trick, has compelling reasons to experience this terrifying ordeal, and will encourage you to do it all over again to find its secrets.