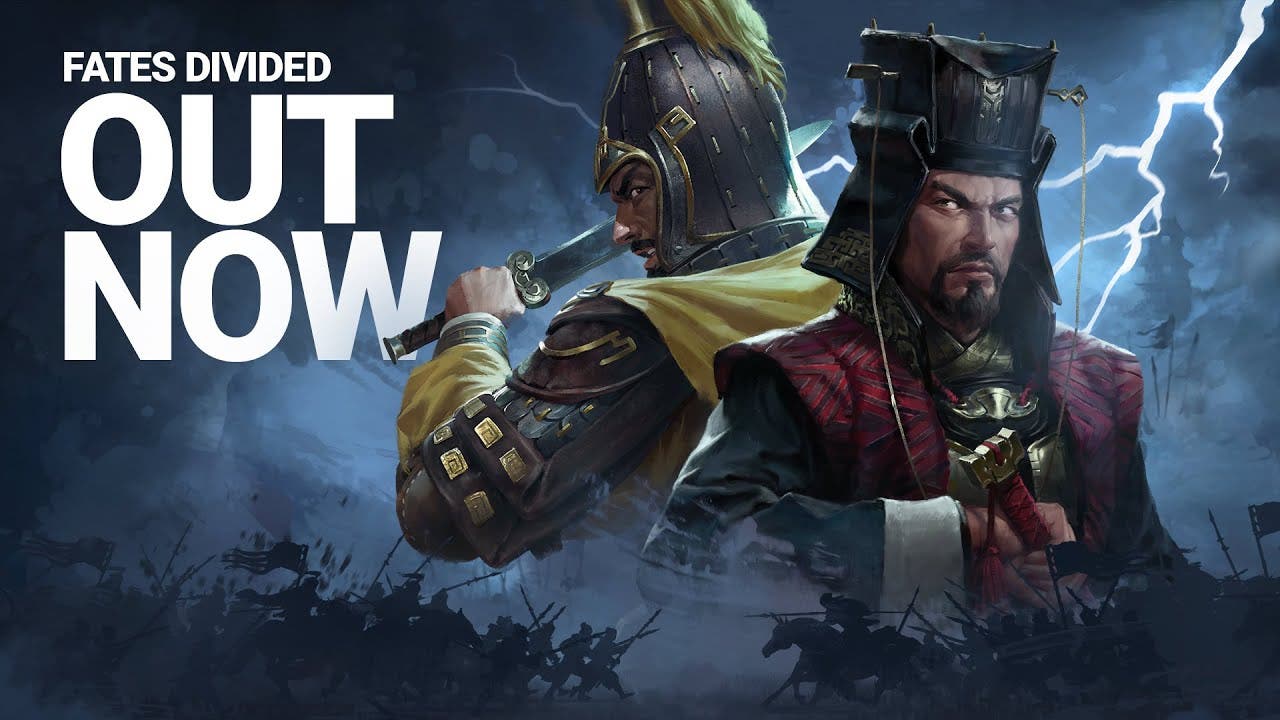 Out now, Fates Divided is the next era-defining Chapter Pack for Total War: THREE KINGDOMS. Set ten years after the turbulent events of the main campaign, players will bear witness to the bitter end of a once great friendship between Cao Cao and Yuan Shao as they as they fight to take control of China.

The 200CE start date throws players into a pivotal moment in the history of Three Kingdoms where the story’s main heroes are now developed and formidable forces. Will you continue Cao Cao’s march across the map or use Yuan Shao’s grand army to stop him in his tracks?

Embark on a new cross-generational campaign as Liu Yan, a man of great ambition and strategy, as he attempts to establish a legacy for his family in the shadow of the Han Empire. Use his unique aspiration mechanic to set the stage for his son Liu Zhang’s eventual inheritance, and reap the rewards of your father’s hard work, or watch as his best laid plans crumble under your care.

Following Cao Cao and Yuan Shao into battle is a multitude of era-defining warriors such as the Ye Vanguard Spearmen, Xiongnu Noble Cavalry and Qingzhou Halberds, as well as the chance to control the elite Northern Army should you claim victory over your adversaries.

The release of Fates Divided will also usher in a free content update to all players of THREE KINGDOMS which includes faction reworks for Cao Cao and Yuan Shao, a new Imperial Intrigue mechanic, improvements to the Faction Council and much more.

More information on the Fates Divided Chapter Pack can be found on the official FAQ here.