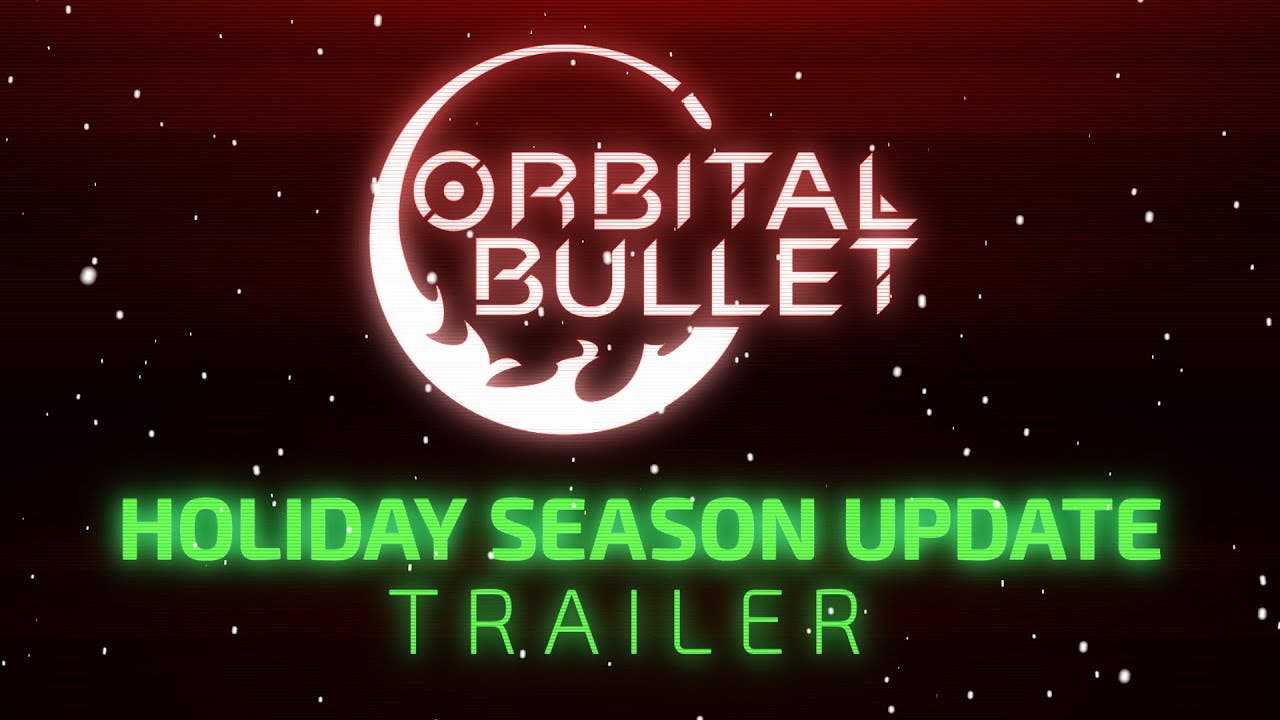 Wiesbaden, Germany – 9th December. ‘Tis the season… for some action! Publisher Assemble Entertainment and developer SmokeStab deliver the holiday cheer this year with Orbital Bullet’s new “Holiday Season” update. Stay frosty with four new weapons to master, fresh in-game skins, and, most excitingly: new game modes including Hard Mode in the Eternity Tower, and the freshly released Endless Mode. Dash through more than just the snow as you blaze and blast through this dynamic sci-fi shooter that features a unique 360° level design.

Among the stocking stuffers, this update has to offer four of the latest and greatest state-of-the-art weapons designed to deliver some “holiday cheer”. From the shell-type punch-packing Hover Gun and the dual long and short-range projectile-based Eternity Gun, to the aptly named twofold axis Crossfire Gun and the savviness of the Smart Rocket Launcher — nothing says “Merry and Bright” quite like explosives.

In the celebratory spirit of the holidays, Assemble Entertainment released a trailer showcasing the update in all its high-octane glory. Experience the thrill of this genre-bending action-platformer and immerse yourself in the neon-drenched cycle of destruction and chaotic fun that is Orbital Bullet.

Orbital Bullet is an action-platformer that takes the tried-and-true, highly addictive rogue-lite formula and adds a unique twist with a 360° rotating level design. Players can expect fluid, fast-paced gameplay featuring procedurally generated enemies and level elements, with “instant-transmission” upon completion of a stage — keeping the rhythm going and the action flowing! Of course, it wouldn’t be a rogue-lite without a deep skill tree, game-changing body modifications, upgrades, and of course, a diverse range of heavy weaponry with which to dispatch the hordes of enemies keeping you from reaching the next level!

The promising and acclaimed action-platformer has won several awards, and continues to receive nominations. Orbital Bullet was nominated at the German Developer Award 2021, the biggest games award in Germany, as “Best Indie Game” and “Innovation Award”, as well as “Best Concept with Prototype” at GermanDevDays 2019, and the second-place prize in the “Prototype Young Talent Award” category at Deutscher Entwicklerpreis 2019. The Heidelberg-based studio SmokeStab also had Orbital Bullet nominated for the highly industry-relevant Independent Games Festival (IGF) Awards as “Best Student Game” at GDC 2020.

Orbital Bullet is an Early Access title currently available on Steam for £10.29 / €12.99. On theme with the game’s diverse biome-based environments, Assemble Entertainment has teamed up with Ocean Cleanup — a non-profit foundation leading the world’s largest coordinated ocean cleanup effort — to offer a special Save The World Edition on Steam for £18.99 / €22.99, which includes the official game soundtrack and a 10% donation to the cause. Learn more at https://www.orbitalbullet.com.