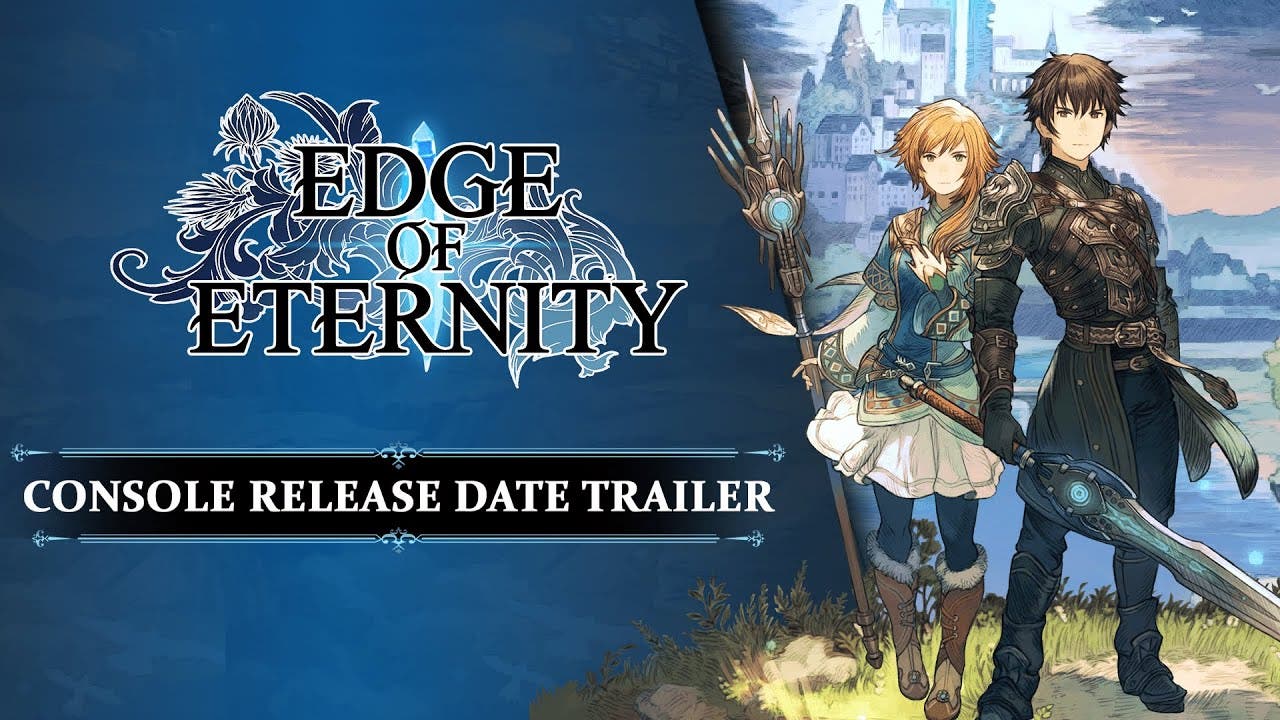 Hit JRPG Edge Of Eternity released on PC earlier this year, is coming to PlayStation, Xbox, and Switch in February

Nimes, France (Dec. 10, 2021) – Indie developer Midgar Studio, working in partnership with publisher Dear Villagers, has announced the console release date of their hit JRPG Edge Of Eternity. The game, which launched on PC this June, will be out on PS5, PS4, Xbox Series X|S and Xbox One on Feb. 10, 2022.

The console versions will benefit from all current and upcoming updates and fixes the PC version receives. Moreover, all console versions and PC will get a Japanese voiceover update on Feb. 10, 2022.

In a world torn asunder, the people of Heryon pursue a desperate war against a mysterious invader. As this conflict opposing magic and technology grows to cataclysmic proportions, a new threat emerges from the battlefield. Wage epic turn-based battles as you follow Daryon and Selene in their quest to find a cure to the all-consuming Corrosion and save the world of Heryon.

Edge Of Eternity is developed by a small indie team based in the south of France. The game was made possible by over 4,000 fans who supported the game via a successful Kickstarter campaign. The crowdfunding was so successful that Midgar Studio was able to work with the legendary JRPG composer of Chrono Trigger Yasunori Mitsuda.

“Bringing this JRPG world to life has been a tremendous labor of love,” said Jeremy Zeler, founder of Midgar Studio. “I look forward to delivering this experience to the console players who have been so patient with our team. I think it’ll be worth the wait!”

About Edge Of Eternity: