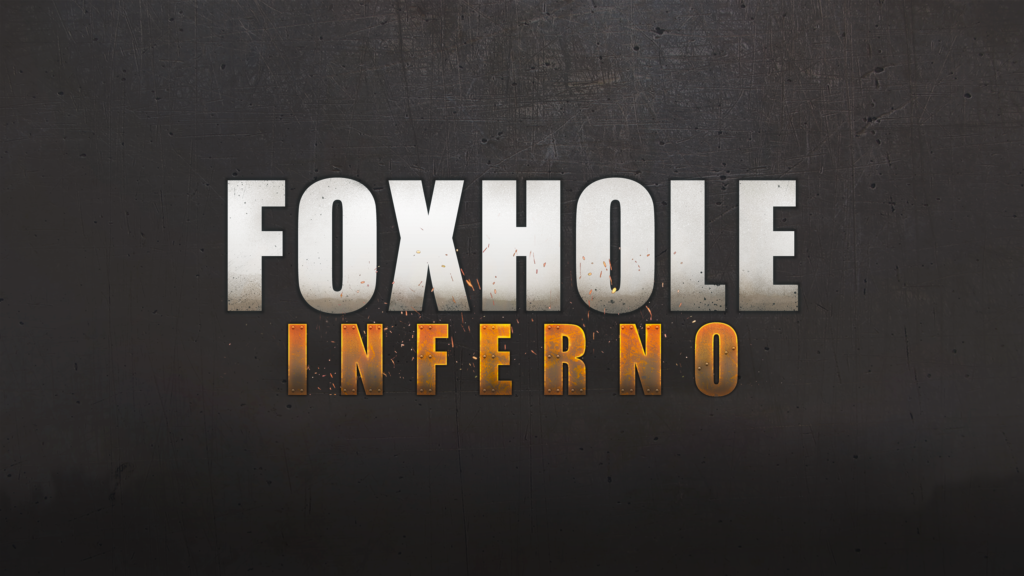 Toronto, Canada – September 9th, 2022 – Developer Siegecamp has revealed that its massively multiplayer war game, Foxhole, is set to launch into 1.0 on September 28th. Its Inferno update will add trains, an overhauled logistics game, and an arsenal of new weapons. Buildable transportation systems, infrastructure, and industrial facilities will redefine how logistics supports the thousands of players on the frontline. 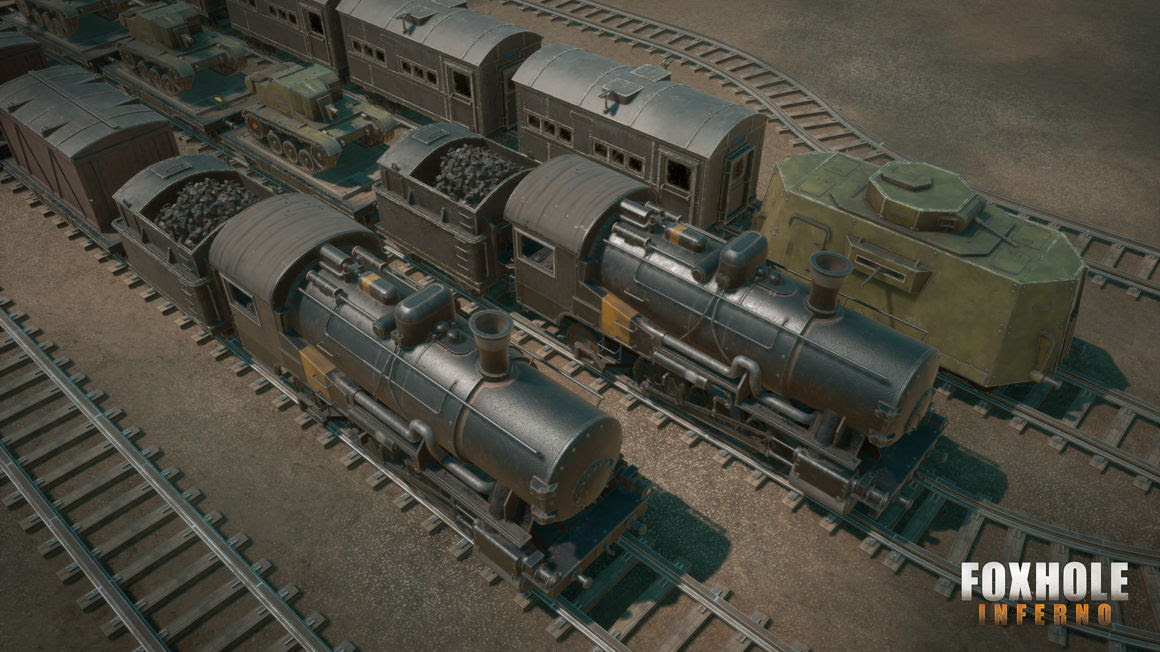 Inferno’s train system offers players the opportunity to build and design large scale rail networks, allowing key equipment – from tanks to supplies – to be transported quickly over long distances. With players needing to design and assemble their own custom track layouts, effective use of trains will have a huge impact on supply lines to the front. Trains can be customized with a variety of car types including locomotives, freights, infantry transport, armored combat cars, and long ranged artillery.

Players will also be tasked with constructing and managing industrial facilities that can be developed into mass production centers or shipping ports servicing hundreds of logistics players every day. Maintaining efficiency will require the careful management of power grids, oil pipelines, and mining. Operations can be further scaled up through buildable infrastructure like docks, cranes, concrete foundations, and minecarts.

With these upgraded logistics systems, players can deploy an arsenal of new weapons. Infantry flamethrowers, flame tanks, and incendiary rockets can be used to torch buildings and burn down enemy fortifications. Armored forces have been upgraded with rocket artillery and advanced tank variants, including the return of the fan favorite Battle Tank class. 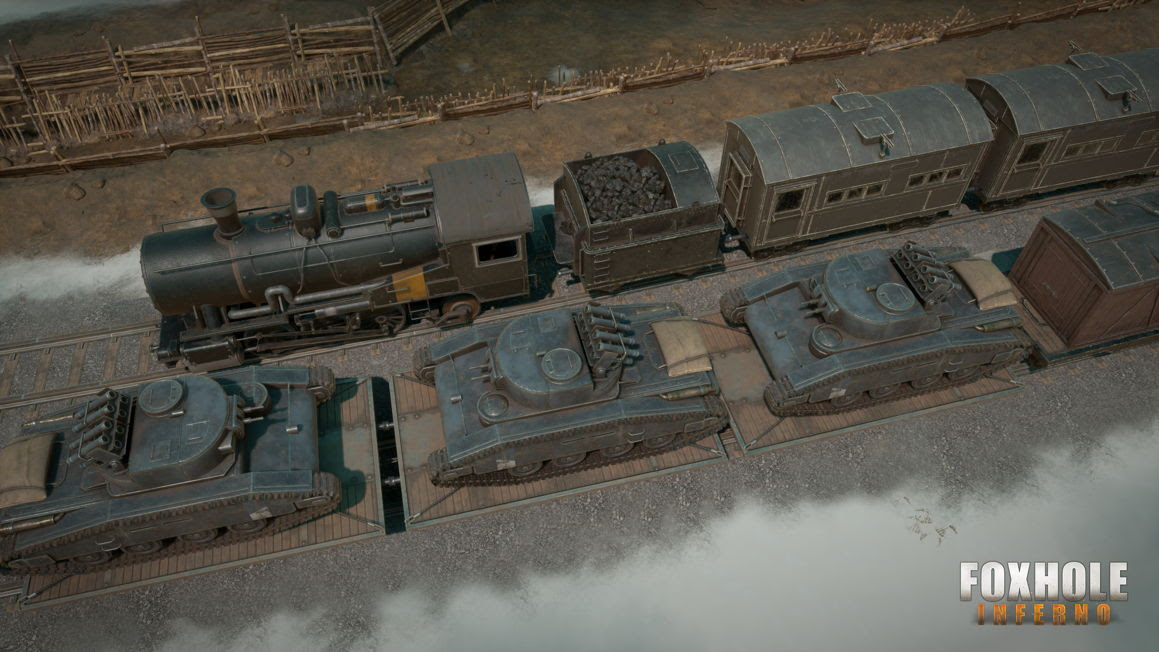 Those eager to learn more about Foxhole’s 1.0 Inferno launch can catch up on the developer live-stream over on the official YouTube channel, or join the community Discord to find like-minded soldiers. Foxhole is available now on Steam as an early access title for $29.99 / £23.79 and launches into 1.0 on September 28th.