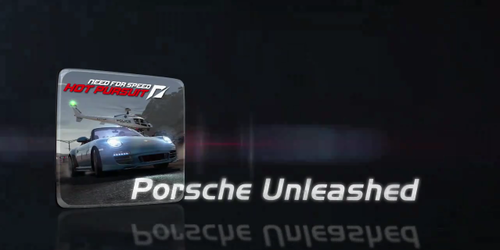 A lot of winks and nods to the Need For Speed games of past in Hot Pursuit. A rank for the Cop in the career was called “Undercover” while the top-most rank for Racer career was “Most Wanted”. Now we have the Porsche Unleashed DLC, which is a nod to the NFS all-Porsche game from 2000.

Included in this pack is the Porsche 911 Turbo (1982 Edition), Porsche 959, and the all-new Porsche 911 Speedster. Attention to detail comes back up when I talk about these cars (as I did in the Lamborghini Untamed DLC review). The Porsche 911 Turbo and 959 have the yellow bulb headlights, and during the night looks really great, even though it’s kind of a detriment to the gameplay and well, SEEING. It adds quite the nostalgia trip of blending the old NFS with the new.

Of course there are new events, 5 for Racer and 5 for Cop career. They are all exhilerating and fun to play, providing you a few more hours of entertainment and more Autolog times to beat. There is one achievement that forces you online, but it’s enjoyable and pretty funny when everyone that is in the race, is in the same car as you trying for that very same achievement.

I highly recommend Lamborghini Untamed and Porsche Unleashed if you’re wanting more events, more cars, and a few more achievements. If you’re not a fan of the cars however, you might find it a bit forced in the way Lamborghini and Porsche as your car choices alongside the new events. But if you want more Hot Pursuit, then it’s time to buckle in.