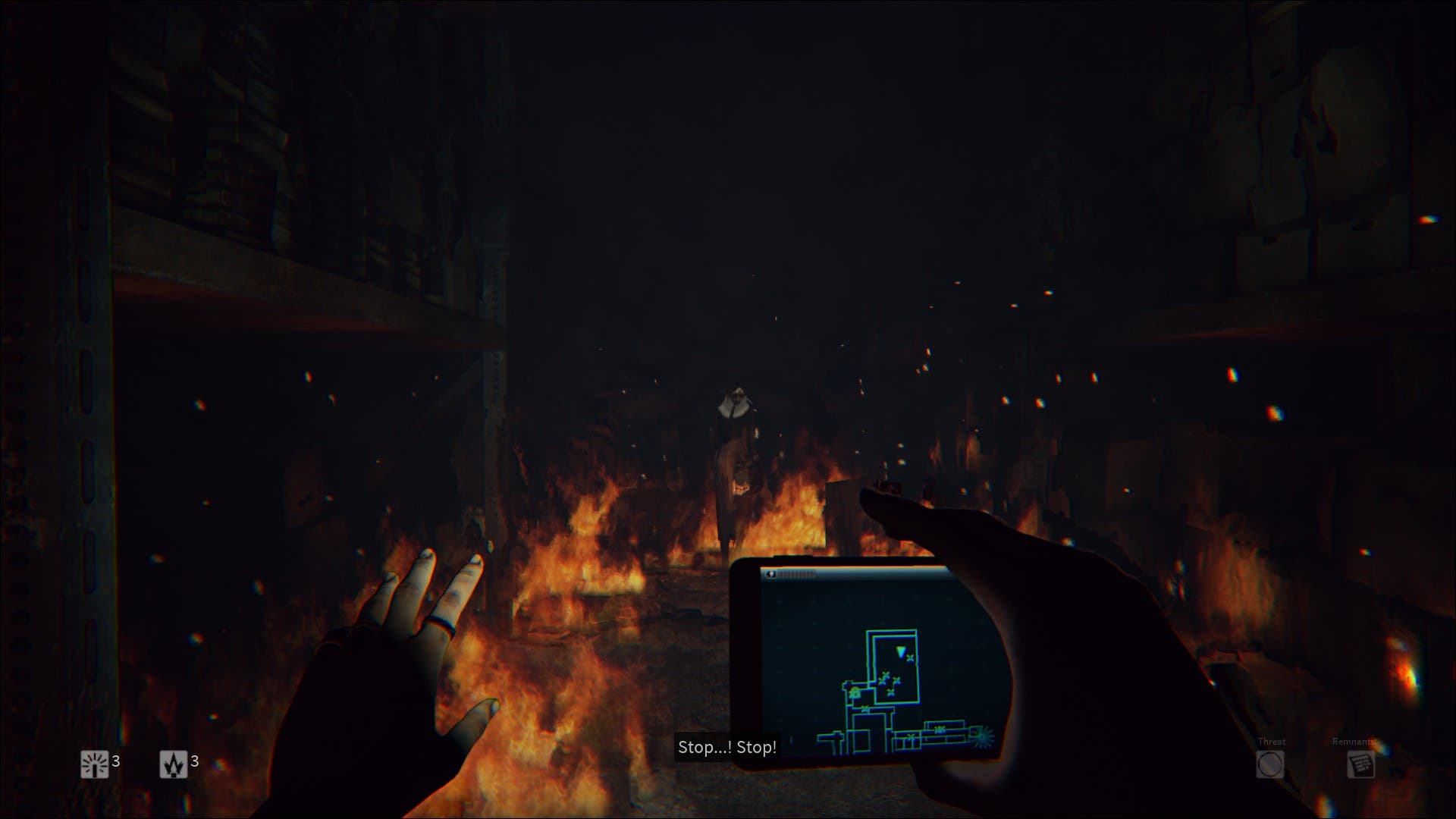 An easy way to arouse fear in someone, is to disempower them. Take away that which gives them the ability to fight back, and the “fight or flight” response to stressful situations becomes just, flight. Daylight places you into decrepit, run-down, empty levels with nothing but a cellphone with the flashlight turned on. What should be a rollercoaster of emotions is everything but. What we get is a predictable and banal story. For a horror game, the only sounds produced while playing, are audible groans and laughter instead of shrieks in terror. 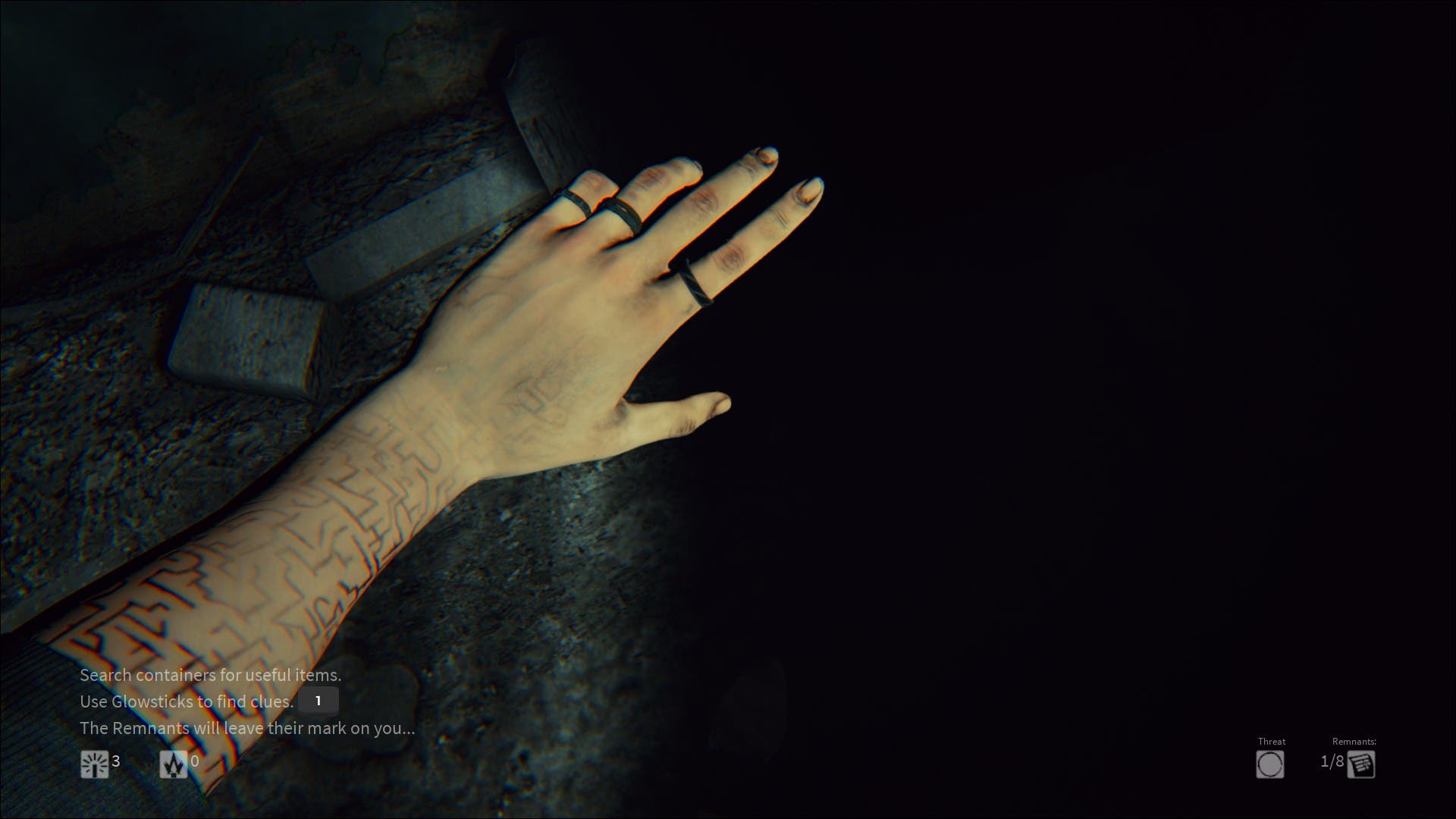 Daylight begins abruptly, with absolutely no setup to the goings on. What you do know, is that you are Sarah. She has a mystery to solve, her life. A strange man by the name of Dr. Mercer, who sounds like a low-rent Vincent Price, calls you frequently as you discover new things in the environment. Early on, arcane writings appear on your arms as you work to unravel the mystery. In concept, the story is somewhat interesting. In practice however, it’s a very clichéd tale with trite, one-sided dialogue as Sarah mainly talks to herself, or Dr. Mercer just talking to her. Never do they speak in open dialogue to one another, which is strange. Sarah’s external thoughts come off very weak and often repeats, suggesting to the player when they should be scared of something. Sarah doesn’t properly react to the supernatural happenings, and usually says something without anything actually happening in-game.

A ridiculous amount of exposition is told through pieces of paper in the form of typed letters and hand-written notes left around, or nailed to a wall. These serve as the game’s collectibles, but fill in large gaps in story that the game is not willing to surface in any other way. Getting from level to level is formulaic: find all the remnants, retrieve an item that acts as a key, run around like an idiot, and bring it to the place that unlocks the next area. This continues for the rest of the game. For the sake of simply having quiet moments in the game, oversimplified environmental puzzles have you moving boxes just a few feet here or there just to climb over them. That’s it. It’s nothing taxing on the mind, but it only exists to introduce variety and not be anything worthwhile to the experience. 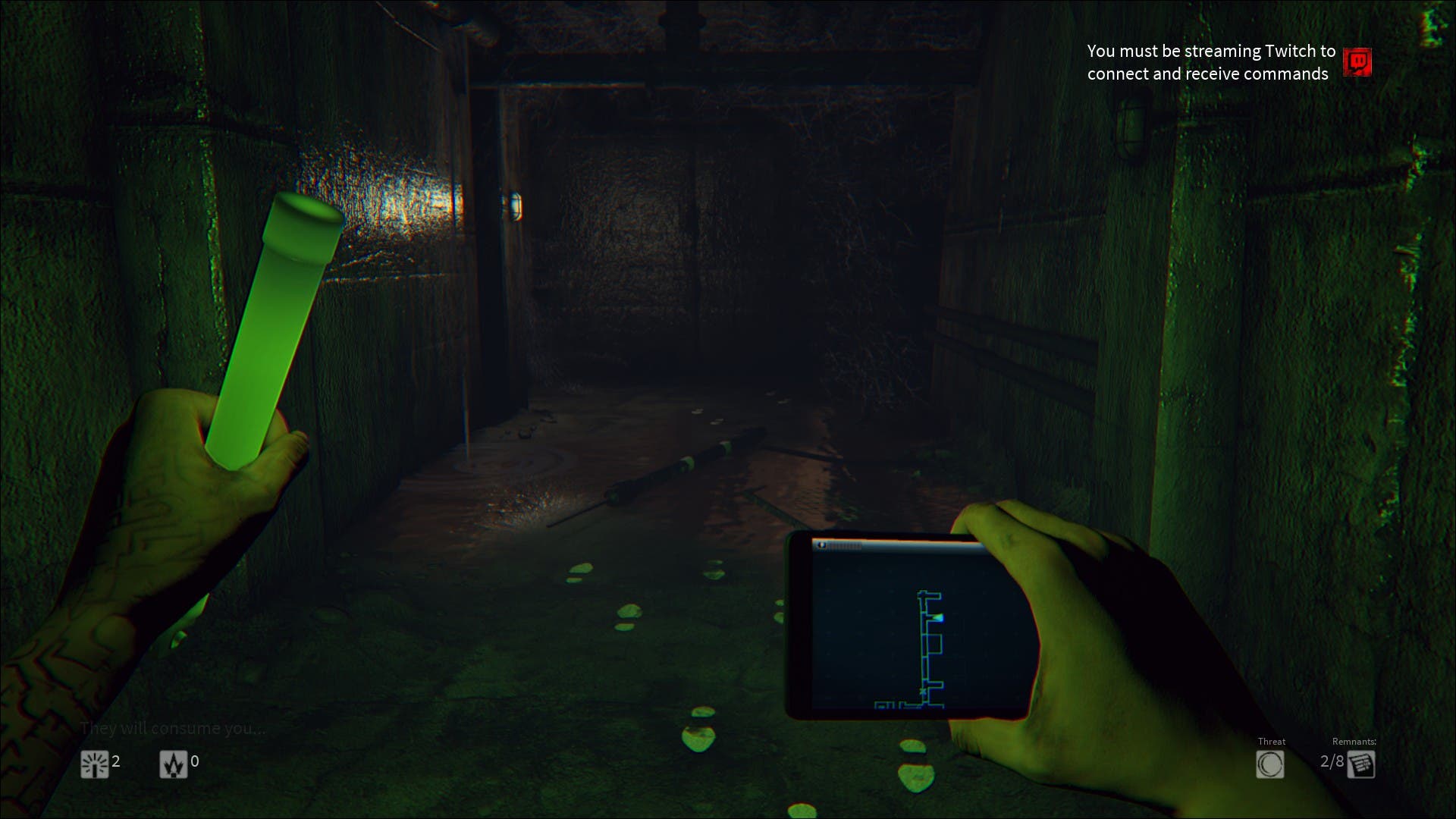 Navigating the cramped hallways of most of the locations is incredibly atmospheric and immersive. There are allusions to a once-functioning facility from the aforementioned notes that are randomly placed around the level. You can highlight clues by cracking a glowstick, which unnaturally lights the area around you. When being pursued by horrific souls, you can pop a flare to burn them with the intensity of the light produced and give yourself a longer view distance. This is helpful, as nearly every place you traverse is devoid of any helpful light. Both items are a finite resource, and don’t last more than a few minutes each use. Glowsticks and flares can be replenished by searching cabinets or bags, so as quickly as they burn, you’ll be back in stock not long after.

Sarah is psychologically affected by the terrible events unfolding, strange noises, and items being moved telekenetically. Her hands will tremble while idle, shake while holding flares, and will clench her phone as she runs at a full sprint. These are moments that give the game hope for something better. When triggered by specific actions, you’ll begin to be pursued by witches who want to hurt you and you’ll start taking damage if you’re too close or stay in one spot too long. So your only option is to run away, or use a flare to keep witches at bay. This is easily the best and most exhilarating parts of the game, as it gets your heart pounding and you begin to behave erratically. But those feeling subside when you realize you’re doing the same task over and over again. Should you die, you’ll be dismayed to learn there’s no mid-level checkpointing, and so you’ll begin your searching from the start of the level. This certainly gives the game its challenge, but sometimes you get stuck on the environment, or the damage taken occupies too much of your screen and will obscure your vision to the point where you aren’t able to navigate accurately. That sucks. 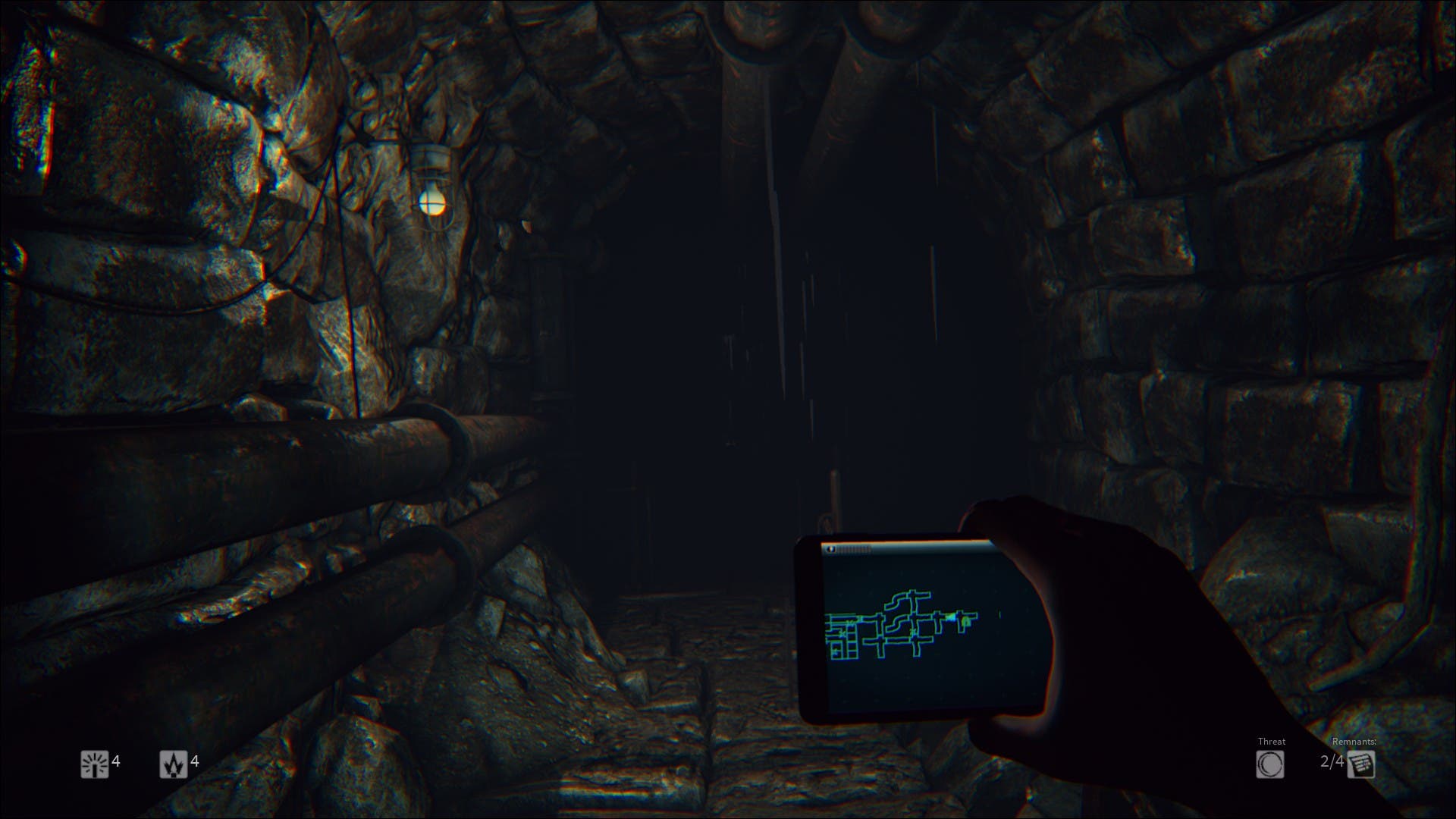 Daylight marks the first actual game to be using Unreal Engine 4. While it looks relatively good, this is not a showcase of the true power of the engine. I say that, due to most of the game shrouded in dimly lit places or just in complete darkness. You only get Sarah’s hands to look at during play, and there’s a certain fidelity to it all, there’s just not enough visible to comment on what you’re actually looking at.

Zombies Studios has touted the procedurally generated experience, each playthrough felt largely the same from one to another. The layouts of levels did change each time I played them, but they weren’t dramatic enough to be important to the experience or be anything I wanted to try in repeat playthroughs.

Another first, is integrating Twitch.tv chat into the game. The idea is to have someone type something like “meow”, and the result would be a cat meowing, to further scare and throw off the player as you watch them progress.

Editor’s Note: There was a patch close to release that enabled Twitch chat commands to work. In my case, it was unsuccessful in getting it to work with my Twitch account, and was not tested for this review.

While Daylight is able to bring some fear into play that doesn’t just rely on jump scares, the story and dialogue is lacking any distinguishable tale to tell. Thus, it removes any sense of dread in navigating the poorly lit areas. For those looking for a better way to spend your time and money, recent releases like Outlast or Amnesia: A Machine For Pigs will tell a more compelling story that will generate genuine fear. I was able to complete a playthrough in just 2 hours my first time, and subsequent playthroughs under 50 minutes. In speaking with other reviewers, they were able to whittle their playtime down to just 30 minutes.  Without being exceptionally long or interesting, the price point is excessive for the poor experience you get in return.